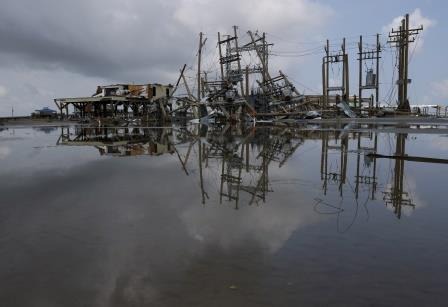 Ida’s landfall on Sunday left a wake of destruction and suffering. More than 1 million customers were without electricity immediately after the storm – a hardship that, for some, could last weeks.

Entergy Corp, the largest Louisiana utility, is facing tough questions on whether it had done enough to harden the electric system, which lost eight major transmission lines delivering power to the New Orleans metropolitan area.

Entergy was in the midst of upgrades throughout its system after Hurricane Laura in 2020. From 2017 to 2019, Entergy’s Louisiana subsidiary spent about $1.2 billion on numerous projects to improve its transmission system.

A pivotal question now for Entergy and its consumers is how well those capital improvements survived the hurricane’s wrath compared to the company’s older infrastructure. Entergy declined to detail the age of the eight New Orleans-area transmission lines that failed.

“The reason the lights are out is not because we aren’t building a resilient system,” said Rod West, Entergy’s group president of utility operations. “The lights are out because Mother Nature is still the undisputed, undefeated heavyweight champion of the world.”

Hurricane Laura in southwest Louisiana highlighted how Entergy operates a transmission network with two different design standards for resisting wind damage. Transmission lines and infrastructure built in recent years are rated to withstand 140-mph winds, and in some cases up to 150 mph gusts, according to Entergy disclosures with Louisiana utility regulators.

But large sections of Entergy’s Louisiana network were designed to withstand wind speeds far below what Ida delivered. About one-sixth of Entergy Louisiana’s transmission system, covering about 900 miles, consists of 69-kilovolt lines, the majority of which are only rated at 95 mph, according to Entergy disclosures to regulators.

The 1970s-era design standard, which was used in building part of the network that feeds New Orleans, is a holdover from when Gulf States Utilities operated the transmission system, according to Entergy disclosures to Louisiana regulators.

Many structures on the legacy system were destroyed last year during Hurricane Laura, according to testimony submitted by Entergy executives this year to the Louisiana Public Service Commission. The company has asked regulators to approve more than $500 million to repair and rebuild damaged transmission lines from 2020 hurricanes, a cost that would be shouldered by ratepayers in their monthly electric bills.

Three years after Entergy merged with Gulf States in 1994, the company implemented a more robust design for the transmission network that met or exceeded the National Electrical Safety Code (NESC) standard. But the network still includes lines built to the older, lower standard because they complied with NESC codes at the time they were constructed.

That leaves the network more vulnerable to outages, said Praveen Malhotra, an engineer and expert on catastrophe risk who has studied hurricane effects on transmission systems.

“The whole system is only as strong as the weakest link,” Malhotra said.

Entergy said in a statement that much of the damage from Ida was related to the high winds, causing several lines to become detached from their structures. The eight transmission tie lines that were rendered inoperable are vital because they connect the integrated transmission system in the greater New Orleans area to the larger national grid.

Just weeks before Ida hit, Entergy and construction firm Burns & McDonnell began rolling out helicopters and swamp equipment to rebuild and upgrade an old 16-mile transmission line that delivers electricity from the Waterford 3 nuclear reactor in Killona, La. to a substation on the outskirts of New Orleans. As of Friday, the transmission line was disconnected from the grid and the Waterford plant was listed as producing no power, according to the US Nuclear Regulatory Commission website.

It’s the second time in a year the $52 million transmission line upgrade has been foiled by a hurricane. When Hurricane Laura hit in August 2020, Entergy and Burns & McDonnell pulled crews off the upgrade job so they could work on restoring power to more than 200 transmission lines damaged by the storm. They also moved transmission towers slated for the Waterford line to areas damaged by Laura, according to a July 13 Burns & McDonnell news release touting the re-start of the project upgrade.

When Ida made landfall, Entergy was in the midst of spending $86 million in Lafourche Parish, which includes Port Fourchon, to rebuild a line originally constructed in 1964. That project was due to be completed next year, according to Entergy’s website.

The failures of older lines still left the city of Lake Charles without power for 13 days.

Some customers affected by Ida could be without power for a similar period or longer, particularly in outlying areas. When Ida struck, Jim King, 75, was one of the only people in Grand Isle, a small beach community where most homes are built on stilts at least 15 feet high. He said he expects to be without power for months.

The total number of homes and businesses without power in the state fell to about 823,000 on Friday, after Entergy said it had restored service to about 225,000 customers. Entergy estimated Friday that most communities should have power restored by September 8.

In the wake of the destruction, utility companies are under intense pressure and scrutiny to repair lines and infrastructure quickly to avoid prolonged suffering by their residential and business customers.

The company “is required to expend large sums very quickly,” Entergy Louisiana LLC Chief Executive Phillip May said in recent testimony to regulators, adding that the company has to also worry about its liquidity and credit rating as it issues more debt to fund restoration.

The challenge for Entergy in the New Orleans area is circumventing multiple bodies of water that limit the corridor for more transmission lines that could take on power distribution in the wake of another powerful storm. Lake Pontchartrain is to the north; the Gulf of Mexico lies to the east; and the Mississippi River meanders through the city.

Logan Burke, executive director of nonprofit Alliance for Affordable Energy in New Orleans, said Entergy is trying to solve the city’s transmission problem by building more generation capacity in the area. But the company is not doing enough, she said, to relieve the electricity bottleneck leading into greater New Orleans.

New Orleans’ dense population and surrounding bodies of water provide a limited number of transmission line corridors. Without sufficient capacity, the transmission lines cannot deliver all the available power generated outside the city. Part of Entergy’s solution has been to build generation capacity that is physically within the New Orleans area while rebuilding and redesigning sections of the transmission network.

Louisiana has access, through Entergy, to multiple nuclear plants, said Eric Smith, associate director of the Tulane Energy Institute, adding that New Orleans partially receives power from a nuclear facility in Arkansas. “But if you can’t get power to the city then it doesn’t matter.”

In the meantime, severe weather events are becoming more frequent. Experts at ICF, a global consulting firm based in Virginia, estimate that US utilities will have to spend $500 billion to address vulnerabilities from more frequent and severe weather patterns caused by climate change. ICF said in a recent report that the US experienced 119 billion-dollar disasters in the 2010s, compared with 111 total from the previous two decades.

That’s a problem for companies still dealing with legacy systems that date to the 1950s and 1960s.

“My sense is this hurricane had extreme conditions even by extreme hurricane standards,” said Larry Gasteiger, executive director of WIRES, a trade group that advocates for investment in needed transmission. “You may not be able to build a system that can withstand absolutely anything.” 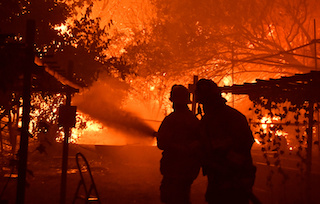 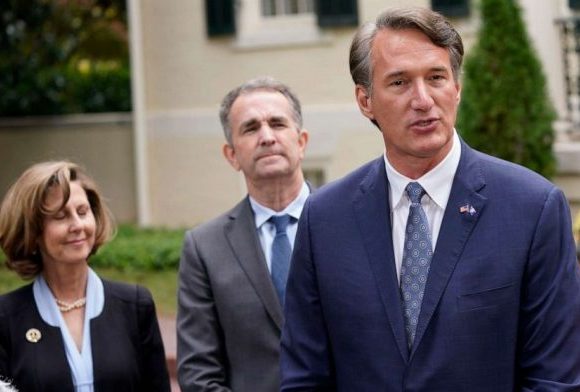 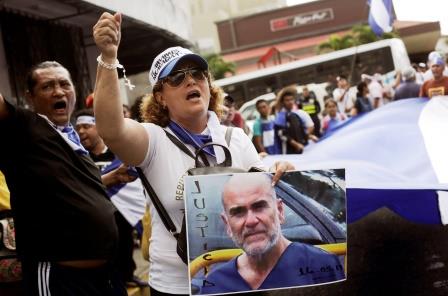