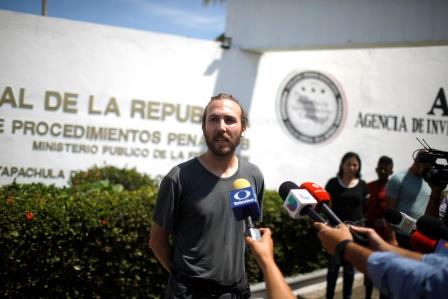 Mexico (Reuters) – Mexico will try two veteran organizers of migrant caravans on Tuesday in a move that rights activists said was aimed at appeasing the Trump administration after an agreement last week that averted new U.S. tariffs on its southern neighbour.

Cristobal Sanchez and Irineo Mujica were arrested within an hour of each other last week in different parts of Mexico and flown together to the southern town of Tapachula in Chiapas state for the court hearing on charges they illegally transported immigrants for money, members of a group they work with said on Monday.

“The Mexican government has captured them to present them like trophies to the United States government,” immigration rights group Pueblo Sin Fronteras said in a statement.

Mexico’s federal prosecutor office declined to comment on the cases, and Mexico’s foreign ministry did not immediately respond to a question about whether there were links between the negotiations in Washington and the arrests.

The two men were arrested on Wednesday as the United States and Mexico negotiated a deal. Mexico agreed to clamp down on people smuggling networks and deploy security forces to curb illegal immigration from Central America.

U.S. President Donald Trump had been threatening to impose 5% import tariffs on all Mexican goods if Mexico did not commit to do more to tighten its borders.

As part of the agreement reached on Friday, Mexico committed to “decisive action” to dismantle human smuggling and trafficking organizations and their financial and transportation networks.

Migrant rights workers say the two arrests were part of a growing effort, spearheaded by Washington, to criminalize the protection of immigrants. An Arizona-based migrant rights activist, Scott Warren, was charged last week in the United States for providing aid and shelter to migrants.

Mujica, 49, is named as a non-indicted co-conspirator in the Warren case, which was criticized on Wednesday by U.N. human rights experts.

Mexican organised crime groups are heavily involved in clandestinely moving tens of thousands of people from Central America to the U.S. border. Mujica and Sanchez, 41, however, are best known as highly visible activists who have longstanding involvement with so-called migrant caravans.

Caravans, or large groups of migrants moving with the help of non-profit groups to avoid exploitation by cartels and corrupt government officials, have been organised in Mexico for many years but drew international attention in 2018 when Trump said they should be stopped before reaching the U.S.-border.

U.S. border officials have in the past said Pueblo Sin Fronteras “coaches” migrants to ask for asylum. Earlier this year, Interior Minister Olga Sanchez accused the group of recruiting migrants. The group says it only teaches migrants about their rights.

Prosecutors accused Mujica of taking 7,000 pesos ($364) from migrants in Mapastepec town in February to move them north, Santiago Nunez Chaim, a member of the legal team for Mujica and Sanchez who has access to the case file, said on Monday. Reuters was not able access a copy of the two men’s’ case file, which has not been made public.

“It’s just ridiculous. That charge occurred on a day when Irineo was not even there,” said Alex Mensing, coordinator for Pueblo Sin Fronteras.

A separate charge accused Cristobal Sanchez of taking a plastic bag filled with $8,000 in the Guatemalan border town of Tecun Uman from three Honduran migrants, according to two people who read the case file.

The pair face prison sentences of a maximum 24 years.

Reuters visited Sanchez and Mujica in the prison just north of Tapachula on Sunday. They declined to be quoted before the hearing, citing concern their words could be misconstrued or used against them in court.

The two men were held with more than 20 inmates in a cell in the prison where people accused of rape and murder are serving time. The activists appeared shaken but defiant.

Pueblo Sin Fronteras said it was “no coincidence” that the pair was arrested right as Mexican Foreign Minister Marcelo Ebrard was meeting at the White House.

On the day of the arrests, Mexico also froze bank accounts it said were linked to people traffickers and detained more than 350 people arriving from Guatemala with a line of armed police and soldiers, a show of uncommon force, according to witnesses. 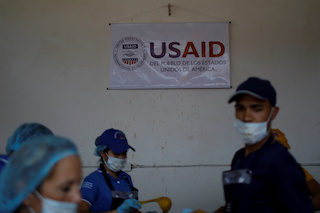 Trump may back off plan for foreign aid cuts, to decide within week 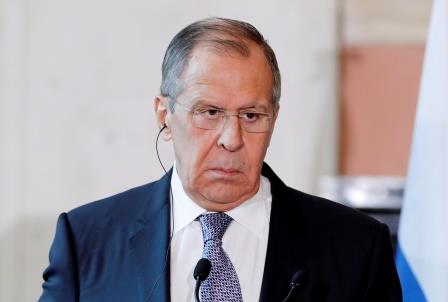 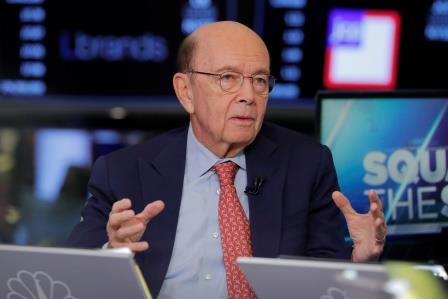 U.S. has not ruled out imposing tariffs on imported autos – Commerce chief