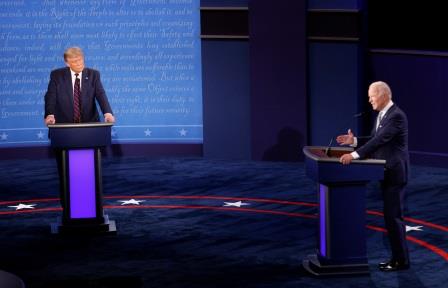 CLEVELAND (US) – It was a pitched battle between President Donald Trump and Democratic presidential candidate Joe Biden over Trump’s handling of the pandemic, healthcare and the economy in the first debate, which was marked by personal jibes and repeated interruptions by the Republican leader.

The president steamrolled his way through the 90-minute debate, trying to provoke his rival, alleging that Democrats were trying to steal the presidential poll. He refused to condemn White supremacist groups when asked to do so.

Trump repeatedly dismissed moderator Chris Wallace’s calls to allow Biden to speak. The debate was more or less a political brawl when the two contenders for the White House traded insults and barbs.

Fed up with Trump’s interruptions, Biden, at one point, said, “Will you shut up, man? This is so unpresidential.”

The moderator’s efforts to rein in Trump, crossed his time limit and talked over Biden, went in vain.

“I think that the country would be better served if we allowed both people to speak with fewer interruptions. I’m appealing to you, sir, to do that,” Wallace told Trump.

When the president retorted that he should tell his opponent the same thing, Wallace said: “Well, frankly, you’ve been doing more interrupting.” 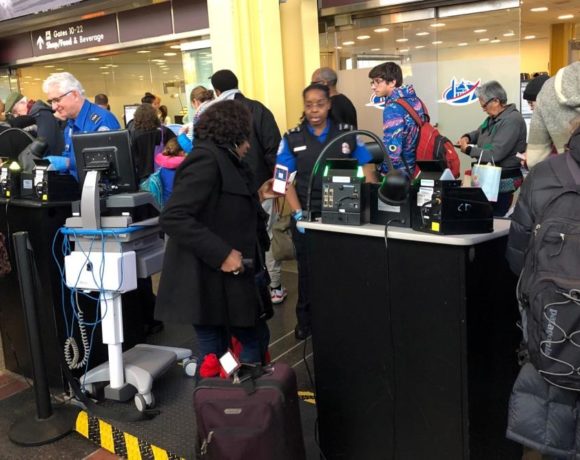 Absences among U.S. airport screeners jump as shutdown drags on 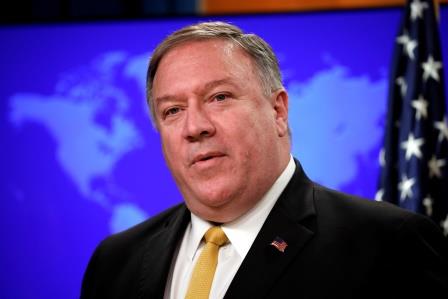 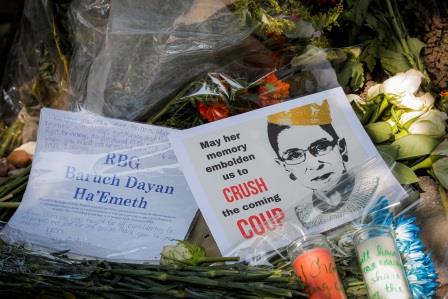