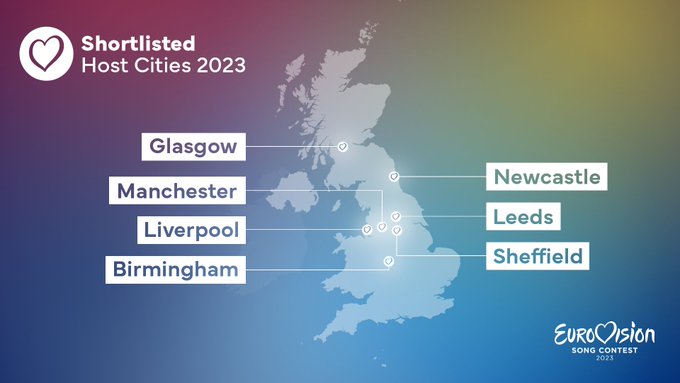 London(UK)- Seven cities in the United Kingdom have been shortlisted for the host city selection of the 67th Eurovision Song Contest, which will be held next year.

The British Broadcasting Corporation (BBC) revealed that the cities of Birmingham, Glasgow, Leeds, Liverpool, Manchester, Newcastle and Sheffield had been shortlisted for next year’s Contest host city.

The cities were named during a broadcast on the radio program “Zoe Ball Breakfast Show,” in which the Contest’s executive supervisor Martin Österdahl made an appearance.

Most notably, the British capital, London, which had hosted four Contests in the 1960s and 1970s, was not on the shortlist. Brighton, which was hosted in 1974 and was the Contest where ABBA and the late Olivia Newton-John performed, was also not on the shortlist. The only previous host city on the list was Birmingham, which had hosted the 1998 edition and recently held the Commonwealth Games this year. Glasgow and Manchester are among the favourites to host the show.

“The 7 cities were shortlisted based on their ability to meet a set of minimum requirements that demonstrate they have the capacity, capability and experience to host an event of this scale and complexity,” an explanation on the Contest’s website wrote.

“Given the short period available until the event will be staged, the selection process was heavily weighted towards demonstrating experience in hosting major international events, as well as being able to demonstrate credentials in hosting a celebration of contemporary music.”

According to the Contest’s website, the final decision on the host city of the 2023 edition will be decided by the BBC and the European Broadcasting Union (EBU) later “in the autumn.”

Furthermore, it will be judged by the following criteria: having a suitable venue and sufficient space to deliver the requirements of the Eurovision Song Contest; the commitment that a city or region can make to hosting the event, including the financial contribution; the strength of the cultural offer which includes off-screen local and regional acts as well as showcasing Ukrainian culture and music; and alignment with the BBC’s strategic priorities as a public service broadcaster, such as providing value to all audiences and supporting the creative economy in the UK.

Next year’s Eurovision Song Contest will be held in the United Kingdom, which finished in 2nd place in this year’s Contest in Italy. This is after EBU stated that this year’s winners Ukraine could not hold next year’s show because of the situation surrounding the Russian invasion there. It will be the UK’s ninth time hosting the annual song contest. 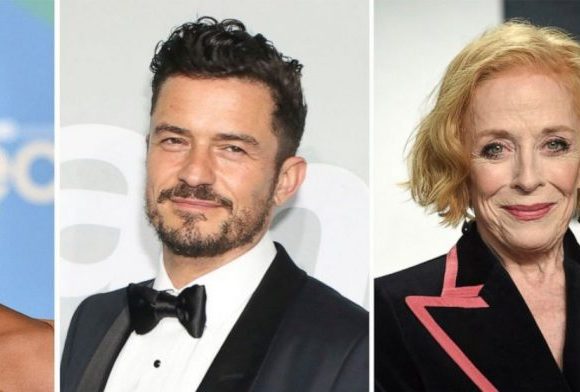 Celebrity birthdays for the week of Jan. 9-15 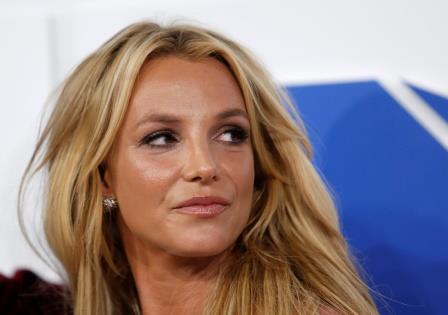 Britney Spears takes some ‘me time’ after dad’s second surgery