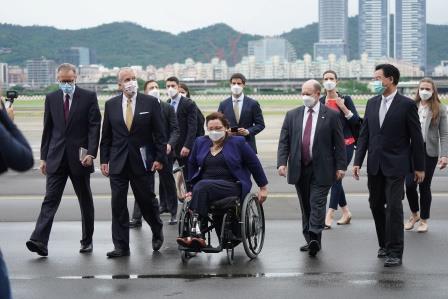 TAIPEI (TAIWAN) -The United States will contribute 750,000 COVID-19 vaccine doses to Taiwan as part of the country’s plan to share shots globally, US Senator Tammy Duckworth said on Sunday, offering a much-needed boost to the island’s fight against the pandemic.

Taiwan is dealing with a spike in domestic cases but has been affected like many places by global vaccines shortages. Only around 3% of its 23.5 million people have been vaccinated, with most getting only the first shot of two needed.

Speaking at Taipei’s downtown Songshan airport after arriving on a three-hour visit with fellow Senators Dan Sullivan and Christopher Coons, Duckworth said Taiwan would be getting 750,000 doses as part of the first tranche of US donations.

“It was critical to the United States that Taiwan be included in the first group to receive vaccines because we recognise your urgent need and we value this partnership,” she said at a news conference after the group arrived from South Korea.

She did not give details of which vaccines Taiwan would get or when. Taiwan Health Minister Chen Shih-chung told reporters he was hoping to find out soon which firm’s shots they would get.

Taiwan has complained about China, which claims the democratically-ruled island as its own, trying to block the island from accessing vaccines internationally, which Beijing has denied.

Standing by Duckworth’s side, Taiwan Foreign Minister Joseph Wu thanked the United States for the donation.

“While we are doing our best to import vaccines, we must overcome obstacles to ensure that these life-saving medicines are delivered free from trouble from Beijing,” he said.

China has offered Taiwan Chinese-made vaccines, but the government in Taipei has repeatedly expressed concern about their safety, and in any case cannot import them without changing Taiwanese law, which bans their import.

The senators also met with President Tsai Ing-wen at the airport, who said the vaccines, along with those Japan donated last week, would be a great help in their fight against the virus.

“The vaccines are timely rain for Taiwan, and your assistance will be etched on our hearts,” Tsai told the senators, in footage released by her office.

US senators and congressmen visit Taiwan routinely in normal times, but coming in the middle of an upswing in infections on the island when its borders remain largely closed to visitors is a strong show of support.

Unusually, they also arrived on a US Air Force C-17 Globemaster III freighter, rather than a private jet as is generally the case for senior US visitors.

Japan delivered to Taiwan 1.24 million doses of AstraZeneca PLC’s coronavirus vaccine on Friday for free, in a gesture that more than doubled the amount of shots the island has received to date. 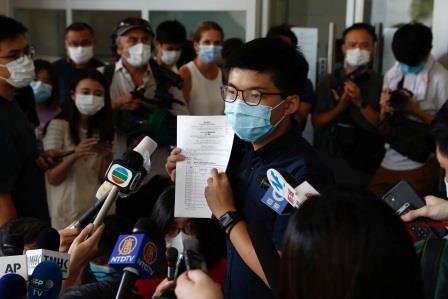 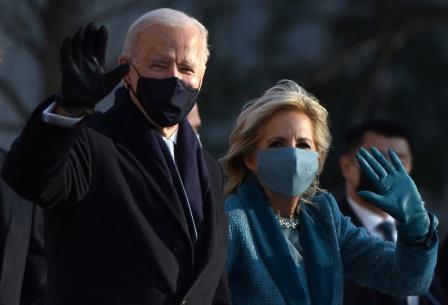 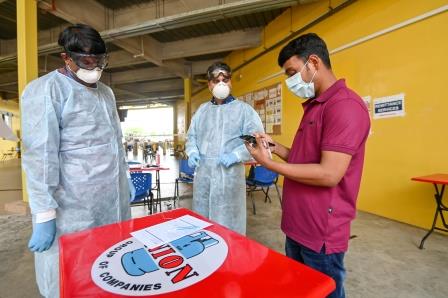