Trump mum on PM race ahead of state visit

WASHINGTON (Reuters) – U.S. President Donald Trump on Thursday kept mum on the race to be the next British prime minister, but praised the two most high-profile proponents of Britain’s departure from the European Union on Thursday as he prepared for a state visit to Britain fraught with the possibility of diplomatic peril.

Departing Sunday for a Monday arrival, Trump and his wife, Melania will be treated to a full display of royal pageantry: a private lunch and official banquet at Buckingham Palace put on by Queen Elizabeth, tea with Prince Charles and a visit to Westminster Abbey.

The visit comes a year after his last trip to Britain, when he tested the resolve of British Prime Minister Theresa May by telling a newspaper that one of her political opponents, Boris Johnson, would make a great prime minister.

With May now on her way out, the question is how deeply will Trump immerse himself into the race to replace her during a trip in which he will also attend ceremonies in Portsmouth and Normandy marking the 75th anniversary of the World War Two allies’ D-Day invasion.

Trump’s trip takes place amid struggles at home that have left him fuming publicly. Some Democrats want him impeached amid accusations of obstruction of justice emanating from an investigation into Russia’s interference in the 2016 presidential election won by Trump.

Trump on Thursday told reporters he had great respect for Johnson and Nigel Farage and considered them friends. He declined, however, to say who he supported among the various Conservative Party candidates to succeed May as prime minister.

“Nigel Farage is a friend of mine. Boris is a friend of mine,” Trump told reporters as he left the White House to deliver a speech in Colorado. “I like them … but I haven’t thought about supporting them. Maybe it’s not my business to support people, but I have a lot of respect for both of those men.”

May, who announced her resignation a week ago after repeatedly failing to win approval for a deal under which Britain would leave the European Union – known as Brexit – is scheduled to leave office on June 7.

A British official, speaking in Washington to reporters on condition of anonymity, said there was no particular concern about what Trump might say or do.

“It’s his business,” the official said, describing a “lack of worry” among British officials.

Johnson, a former foreign minister seen as the favourite to replace May, has said Britain should be prepared to leave the bloc without a deal in order to force the EU to offer it better terms.

Farage, a bombastic, anti-establishment campaigner whose Brexit Party swept to victory in Britain’s European Parliament election earlier this week, has demanded a seat at negotiations over Britain’s exit from the EU and has cast himself as a kingmaker in the race to succeed May.

Trump is to hold talks with May that the British official said would cover the gamut from the need for a free trade deal between Britain and the United States, Trump’s upcoming meeting with Russian President Vladimir Putin at a G20 summit in Japan in late June and Iran’s nuclear program.

U.S. officials have warned allies that Huawei’s technology could allow “back doors” into telecoms systems, rendering them insecure. Britain’s National Security Council discussed the issue last month and decided to block Huawei from core parts of the 5G network, but to give it restricted access.

The British official said May “will listen to what the president says about this” issue, adding that so far Huawei is only used commerce in the Britain and that would likely not change with 5G networks. 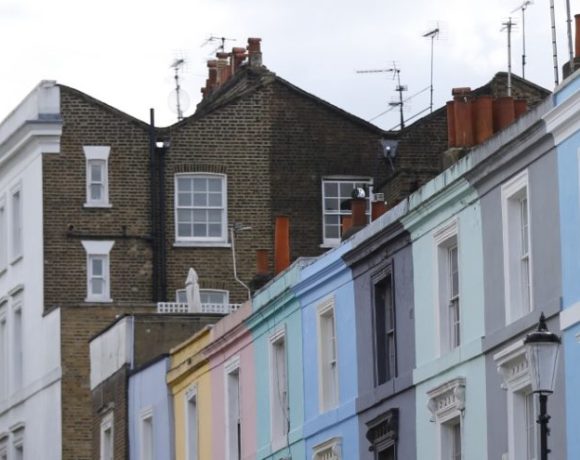 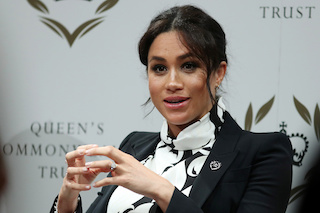