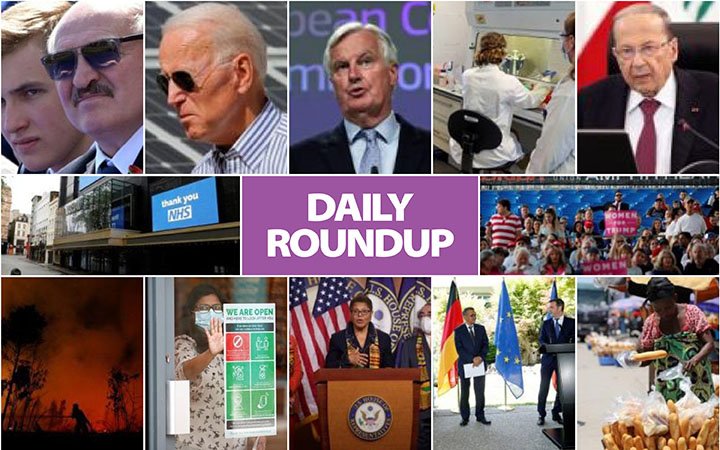 As many as 22 police officers were hurt during trouble at an unauthorised music event in London where crowds attacked some patrol cars. Though parties are banned during Britain’s coronavirus lockdown, some people have been defying that. “These are utterly vile scenes,” said Home Secretary (interior minister) Priti Patel of the disorder in the Brixton area.

A survey from the Confederation of British Industry showed that retailers remained gloomy in the run-up to non-essential shops being allowed to reopen on June 15. The CBI said 62% of the retail chains it surveyed between May 27 and June 12 feared that weak consumer demand would hinder recovery from the slump in sales that occurred for most items other than food and drink.

President Donald Trump’s campaign is contemplating a new approach to his rallies to allay fears about the coronavirus and has not ruled out staff changes after his disappointing return to the trail in Oklahoma, advisers say. Other strategic shifts, including relaunching attacks on Democratic candidate Joe Biden with increased vigour, also are on the table.

France and Germany expressed their support for the World Health Organization in fighting the coronavirus, with Germany saying it will contribute some half billion euros this year. During a press briefing in Geneva, WHO chief Tedros Adhanom Ghebreyesus said the agency was getting all the financial and political support it needed.

Vietnam’s prime minister said that despite successfully containing its COVID-19 outbreak, the country has no plans to open up to international tourists yet over fears that doing so could lead to a second wave of infections. 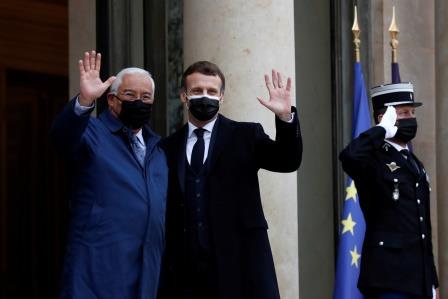 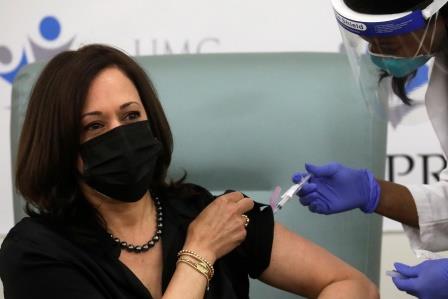 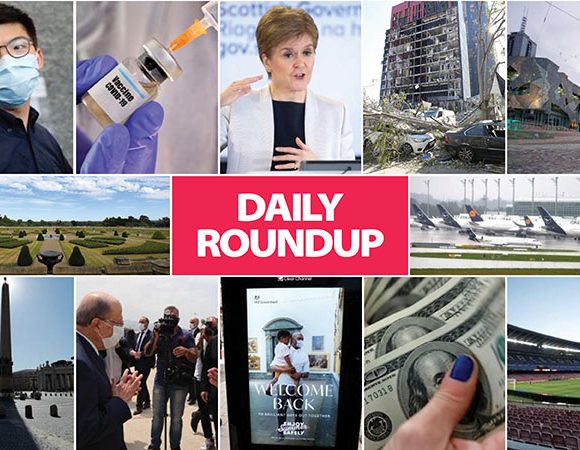