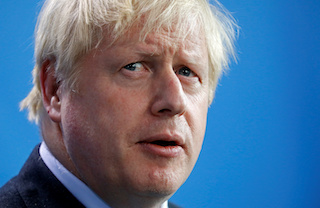 PARIS – British Prime Minister Boris Johnson will on Thursday try to convince France to reopen Brexit negotiations less than a day after President Emmanuel Macron bluntly ruled out any further talks on the divorce deal.

In his first foreign trip since winning the premiership a month ago, Johnson is warning German Chancellor Angela Merkel and Macron that they will face a potentially disorderly no-deal Brexit on Oct. 31 unless the European Union does a new deal.

At talks in Berlin on Wednesday, Merkel hinted at a possible path out of the Brexit impasse by telling Johnson to come up with some alternatives to the Irish border insurance policy within 30 days.

The Brexit tone in Paris, though, was distinctly sharper.

Johnson is due to have lunch with Macron at the Elysee Palace at around 1100 GMT. Ahead of the meeting Macron said Johnson’s demand to renegotiate the divorce deal agreed by then-Prime Minister Theresa May was not workable.

Macron also told Britain that its post-imperial dreams of global statecraft would be dashed if it crashed out of the EU into the arms of the United States, which has cautioned that Brussels is being too hard on the United Kingdom.

“The British are attached to being a great power,” Macron said on Wednesday.

“Can the cost for Britain of a hard Brexit – because Britain will be the main victim – be offset by the United States of America? No. And even if it were a strategic choice it would be at the cost of a historic vassalisation of Britain,” he said.

Macron said he saw no reason to grant a further delay to Brexit beyond the deadline of Oct. 31, unless there was a significant political change in Britain, such as an election or a new referendum.

More than three years since the United Kingdom voted to quit the European Union, it is still unclear on what terms – or indeed whether – the bloc’s second largest economy will leave the club it joined in 1973.

“We want detail,” said a senior EU official speaking on condition of anonymity.

“We are looking forward to new facts and new workable ideas.”

The political crisis in London over Brexit has left allies and investors puzzled by a country that for decades seemed a confident pillar of Western economic and political stability.

The rise of Johnson, an avowed Brexiteer and leader of the 2016 “Vote Leave” referendum campaign, has electrified the Brexit crisis: He has repeatedly promised to leave on Oct. 31 with or without a deal.

Johnson says he wants a deal, but that for a deal the Irish border backstop – a protocol of the Withdrawal Agreement designed to prevent the return of a hard border between Ireland and Northern Ireland – needed to be removed in full.

The EU says it will not renegotiate so Johnson is seeking to win over Germany and France, the heavyweight duo which form the core of Europe’s post-World War Two integration.

Merkel, who has refused to renegotiate the Brexit deal, explained to Johnson that she never wants to use the backstop and she put the onus him to come up with a solution.

But Macron warned a no-deal Brexit would be Britain’s fault. And an official in Macron’s office said France now saw a no-deal departure as the most likely outcome.

Pulling Britain out of the world’s biggest trading bloc without a transition or trading deal to soften the blow could smash the intricate supply chains that deliver food, capital and car parts between Britain and Europe.

Many investors say a no-deal Brexit would send shock waves through the world economy, hurts the economies of Britain and the EU, roil financial markets and weaken London’s position as the pre-eminent international financial centre.

Brexit supporters say there may be short-term disruption from a no-deal exit but that the UK will thrive if cut free from what they cast as a doomed experiment in integration that has led to Europe falling behind China and the United States.

(Additional reporting by Richard Lough in Paris and Gabriela Baczynska in Brussels; Writing by Guy Faulconbridge, Editing by William Maclean) 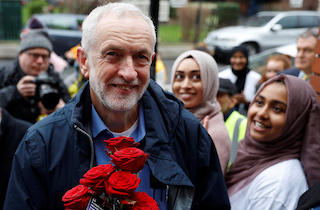 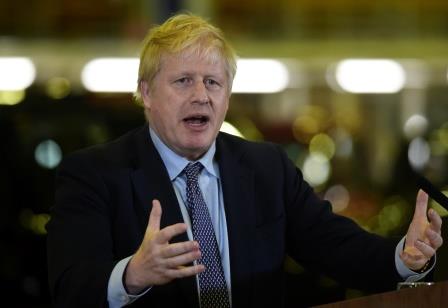 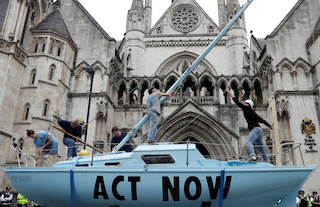