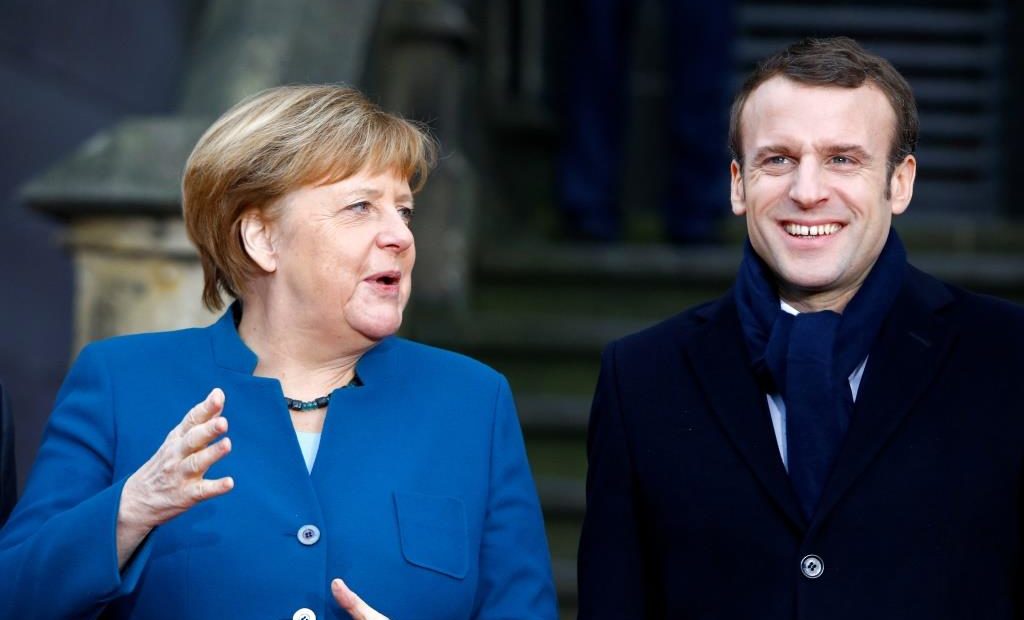 Germany (Reuters) – The leaders of France and Germany signed a new treaty on Tuesday to update their 1963 post-war reconciliation accord, aiming to reinvigorate the European Union’s main axis as growing eurosceptic nationalism tests the bloc’s cohesion.

At a ceremony in the German border city of Aachen, an historic symbol of European concord, German Chancellor Angela Merkel and French President Emmanuel Macron sought to show they can provide fresh leadership for the troubled EU project.

But some analysts doubt that France and Germany can still lead an EU that has grown to 28 members with diverse and often conflicting interests and priorities.

The two leaders want the 16-page Aachen Treaty, negotiated over the past year to update the 1963 Elysee Treaty, to give an impulse to European unity that has been strained by Brexit, immigration and the euro zone crisis.

“We are doing this because we live in special times and because in these times we need resolute, distinct, clear, forward-looking answers,” said Merkel, noting Aachen was home to Charlemagne, whom she dubbed “the father of Europe”.

Macron added: “At a time when Europe is threatened by nationalism, which is growing from within … Germany and France must assume their responsibility and show the way forward.”

But the treaty is short on detail and does little to push forward euro zone economic reform, though it commits Berlin and Paris to closer foreign policy and defence ties.

Sabine von Oppeln, expert on Franco-German ties at Berlin’s Free University, said of the slow progress on euro zone reform: “The German side is not responding to Macron’s ideas, which are of course also driven by (French) national interests.”

“This could be an opportunity for a real renewal of cooperation but I fear the chance has been lost,” she added.

Franco-German treaties are supposed to be milestones in the process of European integration, paving the way for the bloc as a whole to deepen cooperation.

“Today Europe needs a revival of faith in the meaning of solidarity and unity, and I want to believe that enhanced Franco-German cooperation will serve this objective,” Donald Tusk, head of the European Council that groups the EU’s national governments and a former Polish premier, said at the ceremony.

However, Merkel and Macron, both of whom have struggled to maintain their authority at home, have failed to provide a wide-ranging vision to really enthuse europhiles.

“Maybe the expectations for France and Germany continuing to shape Europe have become too high,” wrote Judy Dempsey at Carnegie Europe, a think-tank.

“Maybe new groupings of countries, big and small, are needed to galvanise support for setting a strategic course for Europe.”

The Aachen document says it will be a priority of German-French diplomacy for Germany to be accepted as a permanent member of the U.N. Security Council. Berlin has long sought to join its closest allies – the United States, Britain and France – on the international body.

The accord also signals that Berlin and Paris will remain committed to the NATO military alliance and seek to combat efforts by some nationalist politicians to weaken the EU.

Facing new challenges from President Donald Trump in the United States and Britain’s looming exit from the EU as well as more eurosceptic governments in Italy, Poland and Hungary, Merkel and Macron are keen to limit gains by populist, nationalist parties in European Parliament elections in May.

Eurosceptics were unimpressed by the new treaty.

“The EU is now deeply divided. A German-French special relationship will alienate us even further from the other Europeans,” said Alexander Gauland, leader in the German parliament of the right-wing Alternative for Germany (AfD).

Marine Le Pen, leader of France’s far-right National Rally, formerly the National Front, accused Macron of planning to cede control of the eastern region of Alsace to Germany — comments that were ridiculed by mainstream French media and politicians.

The original Elysee Treaty was signed in 1963 by Chancellor Konrad Adenauer and President Charles de Gaulle, who in the same year vetoed the British application to join the European Community, the precursor of today’s European Union. 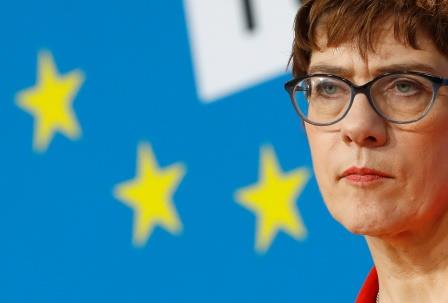 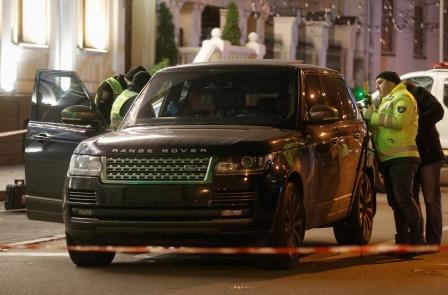 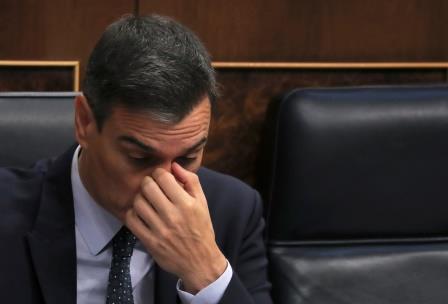