Before Brexit, UK flags taken down from EU buildings in Brussels

Before Brexit, UK flags taken down from EU buildings in Brussels 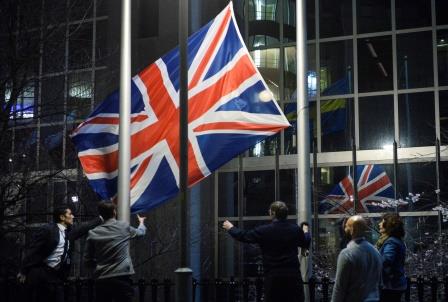 BRUSSELS- The British Union Jack was removed off the lines of EU’s member state flags in Brussels in front of the European Council and European Parliament before Britain’s exit from the bloc on Friday at 2300 GMT.

Britain was the first country to quit the EU after 47 years of being in the club making it a third country to the 27 member states that remain.

Two officials solemnly took down the flags in under a minute from the entrance of the European Council. They took away the flag stand, folded the flag twice into a rectangle before walking away without a comment.

Not long after, a larger Union Jack was lowered with a little bit of difficulty by European Parliament officials. 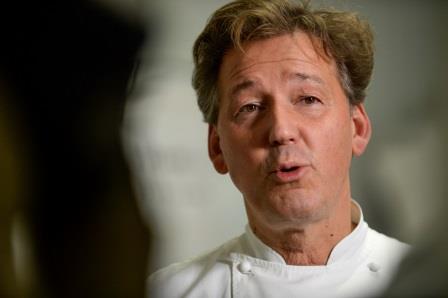 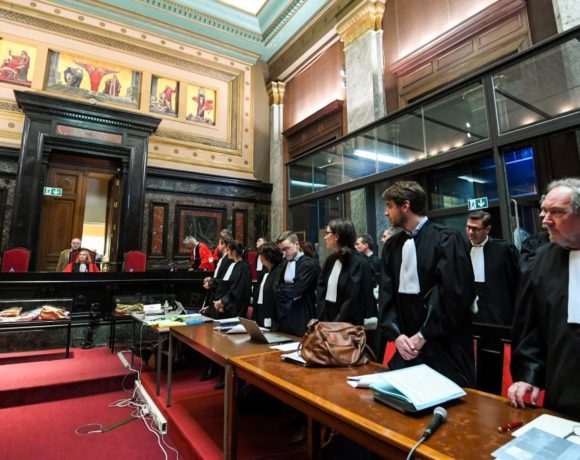 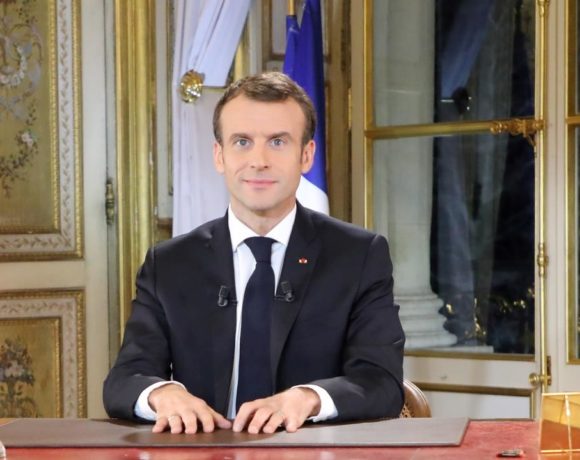 To quell unrest, France’s Macron speeds up tax cuts but vows no U-turn