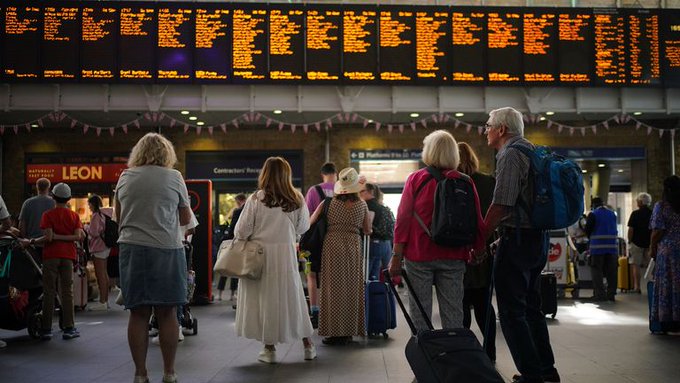 London(UK)- Boris Johnson is to call for a “sensible compromise” on pay to end the largest rail strike in 30 years.

The prime minister is expected to say “too high demands” on wages will make it hard to halt rising inflation.

Thousands of staff at Network Rail and 13 rail operators walked out from midnight after last-ditch talks to avoid the strikes failing.

The RMT rail union accused the government of preventing employers from freely negotiating on pay.

Services across England, Wales and Scotland began to be affected on Monday evening, and just one in five trains are expected to run on Tuesday, Thursday and Saturday when workers are on strike.

The remaining trains will run predominantly on main lines and only for about 11 hours, with Network Rail urging passengers to travel by rail only if necessary.

The RMT union is asking for a pay rise of at least 7% to offset the rising cost of living, but it says employers have offered a maximum of 3% – on condition they also accept job cuts and changes to working practices.

Ahead of a cabinet meeting, the prime minister will accuse unions of “driving away commuters who ultimately support the jobs of rail workers”, while hurting businesses across the country.

“Too high demands on pay will also make it incredibly difficult to bring to an end the current challenges facing families around the world with rising costs of living,” he will say.

“Now is the time to come to a sensible compromise for the good of the British people and the rail workforce.”

The prime minister will say that “hard-working public sector workers” should be rewarded, but the pay increase must be “proportionate and balanced”.

Otherwise, sustained high inflation would have a much bigger impact on people’s pay packets, in the long run, he will say.

The Bank of England has forecast that inflation is set to hit 11% in the autumn, with prices rising at the fastest rate in 40 years.

On Monday, the Chief Secretary to the Treasury Simon Clarke said it was not a “sustainable expectation” that pay can match inflation across the private and public sectors if the country was to avoid “a repeat of the 1970s” when wages and prices spiralled upwards together.

He said the “dead hand” of the government had been actively preventing employers and the union from reaching a settlement, although ministers have denied they played a role in talks.

The rail strike is on.

Perhaps you’re reading this in a long queue for the bus. Or packed onto one of the few trains that is running.

The RMT trade union reckons the whole thing has been “manufactured” by Transport Secretary Grant Shapps.

Mr Shapps claims it has been “created by the unions.”

So what will happen next, both on the railways and in the wider economy?

The government insists there is no point it getting directly involved in this dispute, arguing that you have to go back decades to find a cabinet minister involved in negotiations with a trade union.

Sources also point out there have been around 60 meetings between the industry and the RMT on the fine details of the dispute, and the transport secretary wouldn’t be saying anything different was he involved.

Mr Lynch said industrial action would run “as long as it needs to”, saying the strikes could last months if a deal was not reached.

Labour’s shadow transport secretary Louise Haigh accused her opposite number Grant Shapps of not giving train operating companies “any mandate to negotiate”, saying the talks were a “sham”.

Rail services are expected to be disrupted until Sunday, with a reduced timetable in place until then.

Although ScotRail and Transport for Wales are not part of the dispute, services in Scotland and Wales are also affected because they rely on Network Rail staff. ScotRail said 90% of trains will be cancelled during the three days of industrial action. 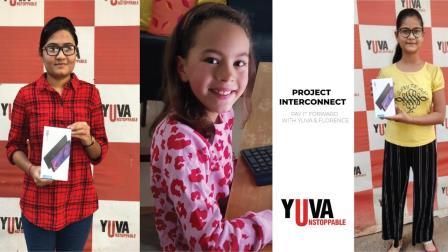 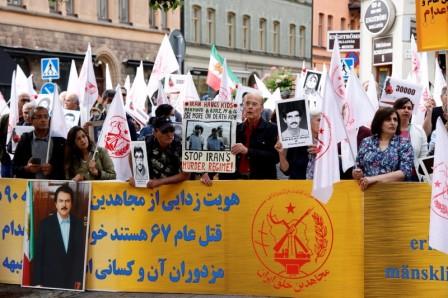 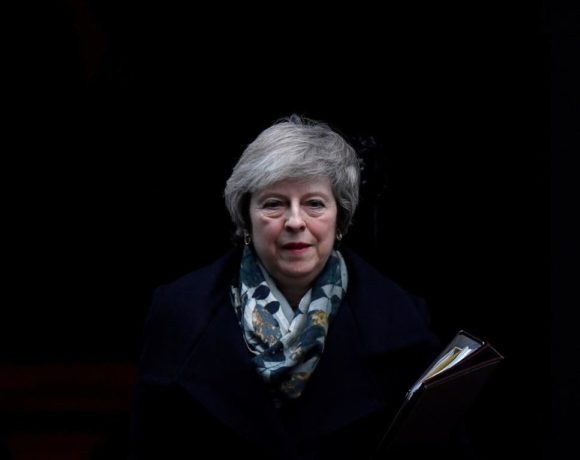 May to pitch more Brexit ideas as she seeks EU help