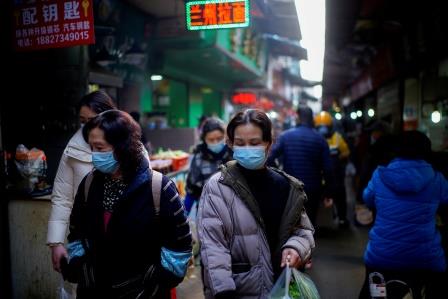 BEIJING (CHINA) – Wuhan city in China will test its 12 million residents for the coronavirus after confirming its first domestic cases of the highly transmissible Delta variant.

Wuhan, where the virus first emerged in late 2019, had reported no local coronavirus cases since mid-May last year but on Monday authorities confirmed three cases of the Delta variant. The strain has been found in a handful of provinces and big cities including Beijing over the past two weeks.

“To ensure that everyone in the city is safe, city-wide nucleic acid testing will be quickly launched for all people to fully screen out positive results and asymptomatic infections,” Wuhan official Li Qiang told a news briefing.

Parts of an industrial and technology zone were sealed off, a measure rarely seen in the city since a lockdown last year.

The new cases in Wuhan, along with infections in the nearby cities of Jingzhou and Huanggang since Saturday, were linked to cases in the city of Huaian in Jiangsu province, said Li Yang, vice director of the Hubei province disease control centre.

The outbreak in Jiangsu is believed to have begun in the provincial capital of Nanjing in late July, with the Delta variant mostly likely introduced on a flight from Russia, officials have said.

China brought the epidemic under control last year and fought just a few localised outbreaks after that.

Emergency response levels were lowered and people outside areas hit by virus could go about their lives largely as normal, which may have contributed to the latest outbreak.

A Nanjing official said on Monday that even after the first cases were reported there, some shops did not rigorously check customers’ digital health credentials and some did not wear masks properly.

Jiangsu officials said the root cause of the Nanjing outbreak was “laxity of the mind”.

The tally of local cases in China since July 20, when the first Nanjing infections were found, stood at 414 as of Monday.

Numerous cities in southern China and a few in the north including Beijing have reported infections, and authorities have advised against non-essential travel, conducted mass testing, and sealed off some higher-risk neighbourhoods.

The first of the latest flurry cases in Nanjing were cleaners at the Nanjing Lukou International Airport who were infected, possibly due to poor sanitisation and protection after disinfecting a plane from Russia, a city official said last week.

China’s aviation regulator has demanded more frequent testing and insisted on the use of protective gear.

Police in the nearby Yangzhou said the outbreak in that city’s centre got worse after a 64-year-old woman who left her locked-down Nanjing neighbourhood to visit family in Yangzhou, where she entered restaurants and shops.

Airports in Nanjing and Yangzhou have suspended domestic flights.

In the central city of Zhengzhou, most of the 13 local cases reported since July 31 were linked to a hospital that treats patients arriving from outside China, with the strain in the first two infections bearing a similarity to that in cases recently arriving from Myanmar, an official said.

“This outbreak has … exposed the loopholes at a few hospitals in their in-hospital infection control,” Wang said.

The city of Zhangjiajie in the southern province of Hunan was hit by infections after carriers from outside the province attended a theatre performance where members of the audience sat next to each other, instead of at socially distanced intervals.

Zhangjiajie said on Tuesday that residents and tourists should not leave the city, effectively imposing a lockdown. 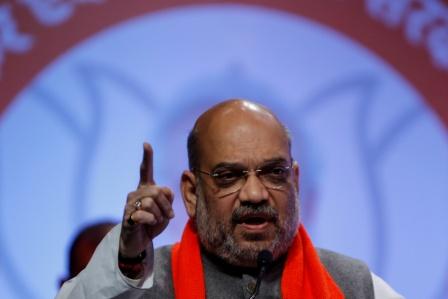 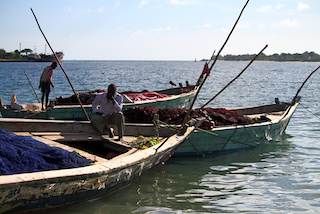 Cyclone kills one, leaves trail of destruction across Mozambique