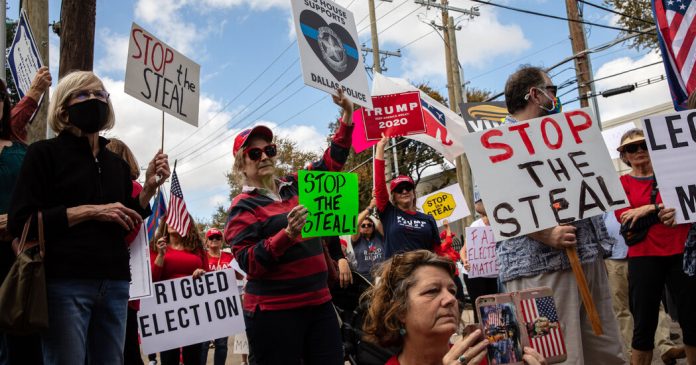 A new wave of Republican legislation to reshape the nation’s electoral system is coming in 2022, as the G.O.P. puts forward proposals ranging from a requirement that ballots be hand-counted in New Hampshire to the creation of a law enforcement unit in Florida to investigate allegations of voting fraud.

The Republican drive, motivated in part by a widespread denial of former President Donald J. Trump’s defeat last year, includes both voting restrictions and measures that could sow public confusion or undermine confidence in fair elections, and will significantly raise the stakes of the 2022 midterms.

After passing 33 laws of voting limits in 19 states this year, Republicans in at least five states — Florida, Tennessee, South Carolina, Oklahoma and New Hampshire — have filed bills before the next legislative sessions have even started that seek to restrict voting in some way, including by limiting mail voting. In over 20 states, more than 245 similar bills put forward this year could be carried into 2022, according to Voting Rights Lab, a group that works to expand access to the ballot.

In many places, Democrats will be largely powerless to push back at the state level, where they remain overmatched in Republican-controlled legislatures. G.O.P. state lawmakers across the country have enacted wide-ranging cutbacks to voting access this year and have used aggressive gerrymandering to lock in the party’s statehouse power for the next decade.

Both parties are preparing to use the issue of voting to energize their bases. Democratic leaders, especially Stacey Abrams, the newly announced candidate for governor of Georgia and a voting rights champion for her party, promise to put the issue front and center.

But the left remains short of options, leaving many candidates, voters and activists worried about the potential effects in 2022 and beyond, and increasingly frustrated with Democrats’ inability to pass federal voting protections in Washington.

“What we are facing now is a very real and acute case of democratic subversion,” Ms. Abrams said in an interview, adding that the country needed a Senate willing to “protect our democracy regardless of the partisanship of those who would oppose it.”

Democrats and voting rights groups say some of the Republican measures will suppress voting, especially by people of color. They warn that other bills will increase the influence of politicians and other partisans in what had been relatively routine election administration. Some measures, they argue, raise the prospect of elections being thrown into chaos or even overturned.

Republicans say the bills are needed to preserve what they call election integrity, though electoral fraud remains exceedingly rare in American elections.

“This is going to be one of the big political issues for at least the next year,” said Jason Snead, the executive director of the Honest Elections Project, a conservative group that has helped craft voting legislation. He said the group wanted lawmakers to “stop thinking of election-related policies as something that only comes up once in a blue moon,” adding that “it should instead be something that comes up in every legislative session — that you take what you just learned from the last election.”

G.O.P. lawmakers in at least five states have put forward legislation to review the 2020 election and institute new procedures for investigating the results of future elections.

Many of the other bills are similar to those passed this year, which aim to limit access to mail-in voting; reduce the use of drop boxes; enact harsher penalties for election officials who are found to have broken rules; expand the authority of partisan poll watchers; and shift oversight of elections from independent officials and commissions to state legislatures.

It remains unclear how new voting bills might affect turnout, and some election experts say that any measures designed to suppress voting carry the potential to backfire by energizing voters of the opposing party.

In Florida, Gov. Ron DeSantis, a Republican, is pushing for changes to election laws that build on the major bill his party passed this year, including a special force to investigate voting crimes. In New Hampshire, Republicans are proposing to require that all ballots be counted by hand and may try to tighten residency requirements. In Georgia, G.O.P. lawmakers are trying to restructure the Democratic-led government of the state’s most diverse county.

The biggest potential changes to voting could come in Florida, which had just one prosecuted case of voter fraud in the 2020 election.

Mr. DeSantis, who had been facing pressure from conservatives to greenlight a review of the 2020 election results in the state, has urged state lawmakers to send new election measures to his desk. One proposal would increase the penalty for the collection of more than two ballots by a third party from a misdemeanor to a third-degree felony. Another calls for more routine maintenance of voter rolls, which voting rights advocates say would lead to more “purges” of eligible voters.

The governor said last month that the prospective election law enforcement unit would “have the ability to investigate any crimes involving the election” and would include sworn law enforcement officers, investigators and a statewide prosecutor. Critics argued that such a unit could intimidate voters and be prone to abuse by politicians.

In New Hampshire, where Senator Maggie Hassan, a Democrat, faces a potentially challenging re-election bid, Republicans have proposed to scrap the ballot-scanning machines that the state has used for decades in favor of hand-counting.

That bill — introduced by Mark Alliegro, a Republican state representative who declined to comment about it — has drawn opposition from Democrats, who say that a lengthy delay between Election Day and the results would create an opening for those who want to challenge the election’s legitimacy.

“Republicans are trying to sow distrust and discord in the process,” said Matt Wilhelm, a Democratic state representative. “If they’ve got an additional window of time of hours, days, weeks when Granite Staters don’t know the results of the election that they just participated in, that’s going to cast doubt on our democratic institutions.”

A separate G.O.P. bill in New Hampshire introduced in the legislature’s prefiling portal contained a brief description: “Provide that only residents of the state may vote in elections.”

Republicans have long tried to tighten residency requirements in New Hampshire, whose small population means that the elimination of even relatively small numbers of college students from the voter rolls could help give the G.O.P. an edge in close elections. This year, the state’s Supreme Court unanimously rejected a 2017 state law requiring proof of residence to vote.

A spokeswoman for Regina Birdsell, the Republican state senator who introduced the bill, said that it was “currently in draft form” and that Ms. Birdsell would not comment until the language had been finalized.

In Georgia, a plan by Republicans in the state legislature to restructure the government of Gwinnett County would effectively undercut the voting power of people of color in an increasingly Democratic area.

Gwinnett, which includes northeastern suburbs of Atlanta, has swung from full Republican control to full Democratic control over four years, culminating last year with the selection of the first Black woman to oversee the county commission. President Biden carried the county by 18 percentage points last year.

But last month, Clint Dixon, a Republican state senator, filed two bills that would allow the G.O.P.-led legislature to roughly double the size of the county’s Democratic-led board of commissioners and redraw new districts for the school board — moves that Democrats and civil rights leaders said would essentially go over the heads of voters who elected those officials.

The changes would keep the county in Democratic control, but would most likely guarantee multiple safe Republican districts, including some that would be predominantly white despite the county’s diversity.

After an outcry on the left, Republicans pushed the bills to the January session.

Mr. Dixon defended the bills, asserting that with more commissioners, voters would have more representation and elected leaders would be more accountable.

“I don’t see any kind of swing back to a Republican majority; it has nothing to do with a power grab,” he said in an interview. “I think at that local level, local governance is intended at lower populations.”

Investigating the 2020 election also remains a focus of many Republican state lawmakers.

At least five states are pursuing partisan reviews of the 2020 election, and Republicans in states including Oklahoma, Tennessee and Florida have introduced bills to begin new ones next year.

Lawmakers will be aided in writing new voting bills by conservative groups like the Heritage Foundation, which helped craft some of the 2020 legislation. A spokeswoman for the group said it would continue to push for measures including more maintenance of voting rolls; increased authority for poll watchers; reductions in the use of absentee ballots; more power for state legislatures in the election process; and additional voter identification regulations.

Republicans around the country have highlighted polling that shows broad bipartisan support for some voter identification requirements.

Jay Ashcroft, the Republican secretary of state of Missouri, has called for the state’s legislature to pass a bill that would require a state or federal photo ID to vote.

“The idea that the voters of my state are too stupid to follow a simple photo ID requirement like this is ridiculous and ludicrous,” he said in an interview.

Mr. Ashcroft noted that the Missouri bill would not ban people without IDs from voting; they would be allowed to vote provisionally and their ballots would be validated through signature matching.

Voting rights leaders like Ms. Abrams, meanwhile, have sought to frame the issue as one that should transcend politics.

“This isn’t simply about who wins or loses an election,” she said. “It is about what type of nation we intend to be. And are there consequences for undermining and breaking our system of government?” 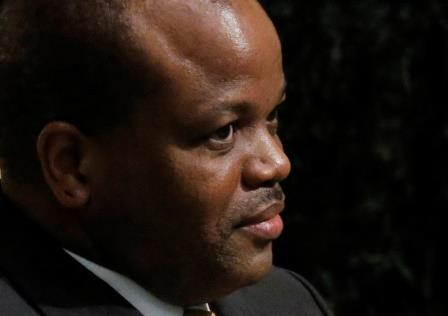 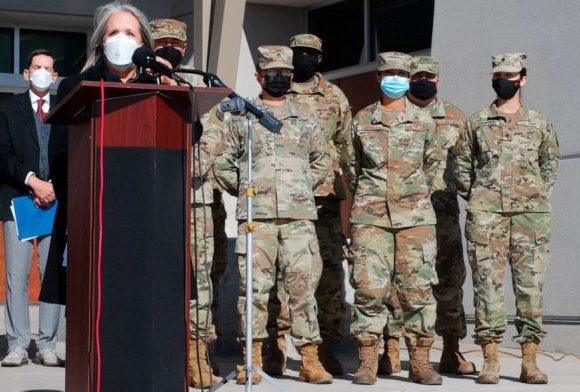 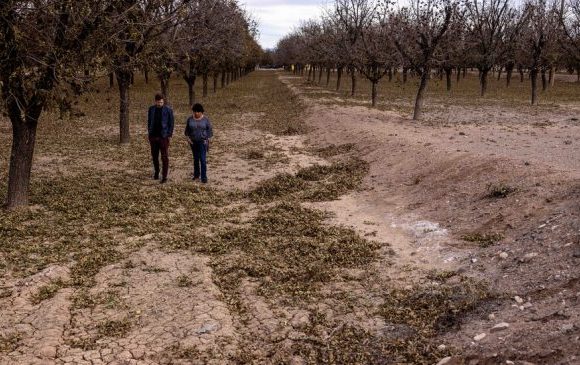