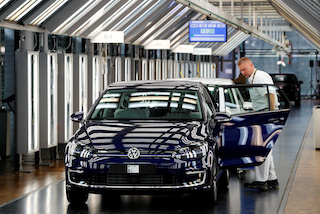 WOLFSBURG, Germany (Reuters) – Volkswagen said it will cut jobs as it launches almost 70 new electric models by 2028, accelerating its rollout of zero-emission cars as earnings revealed the operating margin at its core brand had taken a hit.

The profit margin at its core VW brand slipped to 3.8 percent last year, down from 4.2 percent, as higher investments into electric cars and challenges getting combustion-engined vehicles certified ate into profits, VW said.

The push into electromobility should help the VW brand to raise profits as it prepares to put a new electric vehicle into showrooms in 2020.

The VW brand has brought forward its target of achieving a return on sales of 6 percent to 2022, but this will also involve cutting jobs, the company said.

“The reality is that building an electric car involves some 30 percent less effort than one powered by an internal combustion engine,” Chief Executive Herbert Diess explained at the company’s annual results press conference in Wolfsburg on Tuesday.

“That means we need to make job cuts,” he added.

Volkswagen is switching its focus to electric cars after an emissions cheating scandal that cost it more than 27 billion euros and tainted its reputation.

Volkswagen released full earnings on Tuesday after pre-releasing some figures last month when it said its 2018 group operating profit came in at 13.92 billion euros ($15.8 billion), 0.7 percent higher than the prior year and below 14.53 billion euros forecast in a poll.

But Audi’s profitability slipped thanks to a 1.2 billion euros diesel-related charge and delays getting its vehicles to conform to a stricter emissions testing standard known as WLTP.

“Audi was hit particularly hard. It will probably be the end of the first quarter before all variants are available again,” Diess said.

“WLTP will continue to be a challenge in 2019. There could be some temporary restrictions once again, but much less extensive than in 2019.”

As a result of the electric cars model acceleration, Volkswagen expects to build 22 million cars on its electric vehicles platforms PPE and MEB by 2028, up from the carmaker’s previous estimate of 15 million cars.

Volkswagen stuck to its outlook, reiterating that it expects revenues to grow up to 5 percent, and to deliver an operating return on sales at group level of between 6.5 percent and 7.5 percent in 2019.

The operating loss at its Bentley brand fell to 288 million euros, from a profit of 55 million euros a year earlier, hit by delays ramping up production of the new Continental GT and exchange rate effects. 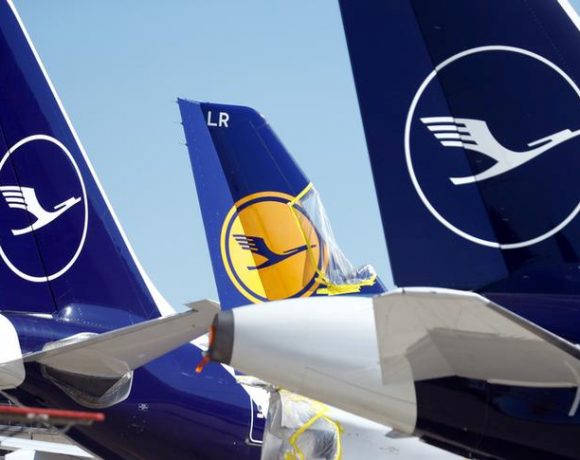 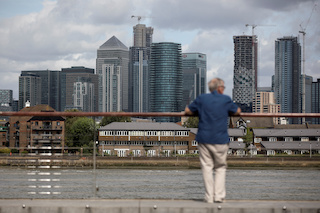 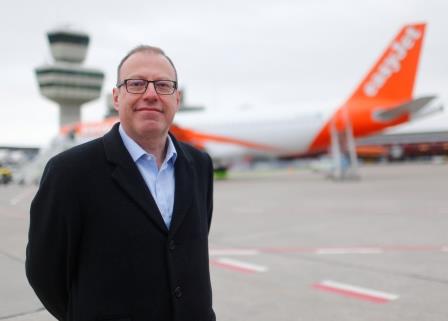