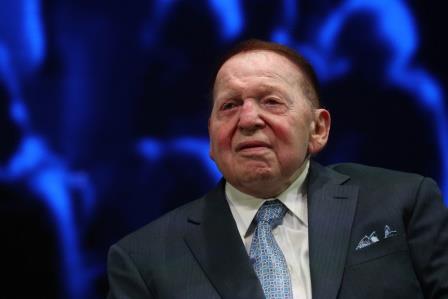 NEW YORK (US) – American casino mogul Sheldon Adelson, who built lavish gambling palaces that made him one of the world’s richest men and became a potent supporter of US President Donald Trump and Israeli Prime Minister Benjamin Netanyahu, has died at age 87.

Adelson died on Monday night from complications related to treatment for non-Hodgkin’s lymphoma, according to Las Vegas Sands Corp, which he turned into the world’s largest casino company.

A combative self-made man raised in a poor Jewish immigrant family in Boston, Adelson established hotels and casinos in Las Vegas, Macau and Singapore. His wealth made him a formidable figure in US politics, as he took advantage of loosened campaign-finance laws to steer more than half a billion dollars to Republicans and conservative causes, including Trump.

Adelson also was a prominent supporter of Israel and Jewish causes.

With a net worth of $33.4 billion as of this week, Adelson ranked as the world’s 38th richest person on the Bloomberg Billionaires Index.

Adelson and his Israeli-born physician wife Miriam donated more money than anybody else in the 2020 US elections, giving $218 million to Republican candidates and conservative causes, according to the Center for Responsive Politics, a watchdog group.

The Adelsons were prolific backers of Trump’s 2016 presidential bid and remained supportive during his tumultuous presidency. The casino magnate was in regular contact with Trump after he took office and saw some of his cherished goals come to fruition, including the moving of the U.S. embassy to Jerusalem in a break with decades of American policy. Adelson attended the embassy dedication ceremony in May 2018.

“He crafted the course of nations,” his widow, Miriam Adelson, said in a statement.

Known for his extensive philanthropy and business ventures in Israel, Adelson counted Netanyahu as a close friend. Adelson changed the Israeli media landscape in 2007 by launching Israel Hayom, a free right-wing daily newspaper that took a pro-Netanyahu line.

Israeli political commentators said Adelson helped persuade Trump to adopt policies in lockstep with Netanyahu, leading to the US withdrawal from the Iranian nuclear agreement, support for Jewish settlements in the occupied West Bank and the transfer of the American Embassy to contested Jerusalem.

“He was a wonderful friend to us personally and an incredible champion of the Jewish people, the Jewish state and the alliance between Israel and America,” Netanyahu said in a statement.

Adelson, a college dropout and the son of a cab driver, was short and stocky, had thinning red hair and in later years used a motorized scooter because of a medical condition that made it difficult to walk. But his appearance belied his clout and drive.

“I know that a lot of people think that guys like me succeed by stepping on the broken backs of employees and other people, but they don’t understand that we, too, have philosophies and ideals that we adhere to very scrupulously,” Adelson said at a Las Vegas event in 2008, according to the New Yorker magazine.

His empire in the United States, Macau and Singapore was exemplified by the Venetian resort casino in Las Vegas, which boasted replicas of canals and other landmarks from Venice, Italy. He filled his gambling hubs with trendy restaurants and shops, making them luxury destinations for business travelers and tourists alike.

Adelson moved quickly when China opened up Macau’s gambling sector to foreign operators in 2001, building a casino resort and convention center and ushering in an era of staggering growth. That activity, however, embroiled him in a number of lawsuits and investigations.

Analysts said the company is poised for further success under Rob Goldstein, who will now head the operation.

“We believe the executive structure has long been in place and is well positioned for transition,” Macquarie Research analyst Chad Beynon said.

“While it’s sad to see his passing the company is in good hands with Rob Goldstein,” added Charles Norton, a portfolio manager at Dallas-based Penn Davis McFarland, who owns approximately 200,000 shares of Las Vegas Sands Corp.

In November 2018, Trump awarded Adelson’s wife the highest US civilian honor, the Presidential Medal of Freedom, a move critics assailed as a presidential “thank you” for the couple’s financial backing.

A newspaper owned by Adelson, the Las Vegas Review-Journal, was the first to endorse Trump’s 2016 presidential bid. But after his November election defeat the newspaper disputed Trump’s unfounded claim of election fraud and advised him to cooperate with President-elect Joe Biden.

Trump did not address Adelson’s death as he spoke to reporters on Tuesday.

Former President George W Bush said: “He was an American patriot, a generous benefactor of charitable causes, and a strong supporter of Israel,” Bush said in a statement. 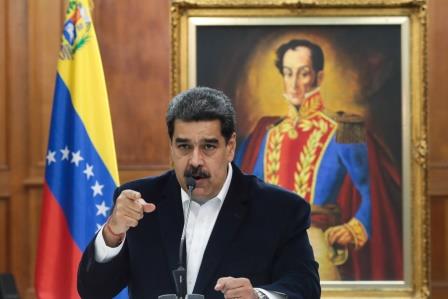 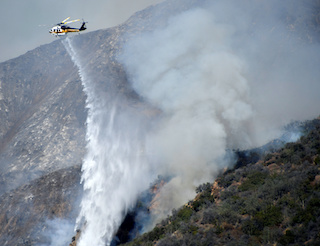 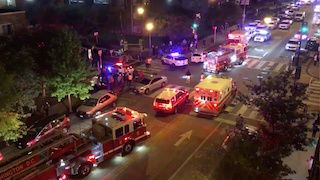