UAE: Changing the power equations in the Arab World by joining hands with Israel 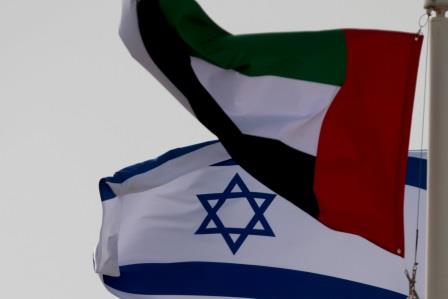 In 1969, John Lennon of Beatles fame crooned ‘Give peace a chance’ and the world took notice. Fifty-one years later, US President Donald Trump, who ticked off the Beatles in 2016 for playing one of their hits during a convention, has taken the bold step to give peace in the Middle East a chance and the results are astonishing.

Fluttering its powerful wings, the United Arab Emirates’ hawk of Quraish has come to roost near the menorah of Israel. History was made on the manicured lawns of the White House in Washington on September 15 when UAE Foreign Minister Sheikh Abdullah bin Zayed al-Nahyan and his Bahraini counterpart Abdullatif Al Zayani signed pacts with Israeli Prime Minister Benjamin Netanyahu to normalise ties in the presence of a beaming Trump.

The world watched the ceremony with bated breath as for the first time, two Gulf Cooperation Council (GCC) nations sealed the bond of friendship with Israel, once shunned as a pariah and viewed as an enemy to be feared. No longer a foe, the diplomatic ties with Tel Aviv are sure to change the destiny of the Middle East, especially the GCC nations, in more ways than one. UAE’s de-facto ruler and Abu Dhabi Crown Prince Mohamed bin Zayed Al Nahyan deserves credit for setting the ball rolling for the peace initiative, paving the way for this watershed moment in world history.

Geopolitical experts and diplomats sensed the slow thaw in the icy wall between the Emirates and Israel when there were reports in June this year of a covert agreement between both nations to fight the coronavirus pandemic. Grapevine was that Mossad head Yossi Cohen had flown to the UAE several times.
The dye was cast and the much-awaited good news was announced on August 13 when Abu Dhabi declared that it was going to normalise ties with Tel Aviv. Winds of change started to blow when for the first time Israeli national carrier’s El Al’s Boeing 737-900ER touched down on the tarmac of Abu Dhabi International Airport on August 31 with an Israeli and US delegation on board led by Jared Kushner, Trump’s son-in-law and advisor. The UAE’s tectonic shift in foreign policy has the covert support of Saudi Arabia, which opened its airspace for the Israeli flight.

With the UAE inking the Abraham Accords with Israel, the key player in the region has unlocked the door to manifold benefits that would take the oil-rich state to greater heights. Touted as one of the most liberal and tolerant GCC nations, the visionary rulers of the Emirates have always sought ways to diversify the nation’s economy and steer it away from oil as it is highly volatile and a slump in crude prices could lead to the economy going on a tailspin. That is why the UAE has blazed a trail in the Arab world by charting out new areas of diversification such as information technology, telecommunications, tourism, heavy industries, aviation and space, renewable energy.

The country is riding high on the wings of its 2021 Vision by giving pride of place to innovation, research, science and technology in a knowledge-based economy. It has made enviable strides in the space sector and the first Emirati astronaut Hazza Al Mansoori made waves by travelling to the International Space Station in 2019 and the country is gunning for a lunar mission in 2024.

With the pandemic showing no signs of subsiding and promise of a cure yet to become a reality, crude prices are further expected to slump and to avoid its ramifications, the Emirates is leaving no stone unturned to widen the ambit of diversification. The Abraham Accords, or the Deal of the Century as President Trump called it, has come at the opportune moment as it offers a smorgasbord of opportunities for the UAE to have strategic partnership with Israeli firms which are regional behemoths in terms of satellite-space technology, aviation, aeronautics, Information Technology and Artificial Intelligence. This will create investment opportunities and enable the country to become a scientific and technological hub in the GCC.

With 21st-century warfare being waged on the cyber theatre, the UAE will find a strong ally in Israel, which is one of the world leaders in terms of cybersecurity. To cement its position as a force to reckon with in the GCC, the Emirates is looking at ways to bolster its cybersecurity. Yigal Unna, who heads Israel’s National Cyber Directorate, has already held discussions with his Emirati counterpart Mohamed al-Kuwaiti for greater cooperation to thwart ransomware attacks, which is essential to protect the UAE’s $490 million cybersecurity market.

A report of Australian strategic research institute Future Directions International says that the UAE is still heavily reliant on imports to meet 90 per cent of its food requirements and more than 95 per cent of its water needs, be it for drinking or agriculture, are dependent on more than 20 desalination plants. However, the desert country is taking great efforts to reduce reliance on imported food products by launching a National Food Security Strategy last year which aims to promote local agricultural produce and livestock. Such efforts will get a shot in the arm as Israel is the uncrowned global leader when it comes to arid land agriculture and water conservation. Israeli technology and manpower can greatly benefit Emirati efforts in hydroponics and drip irrigation, setting an agricultural revolution of sorts, which will make it food secure in future.

Once normal flights resume after the pandemic subsides with the arrival of a vaccine, the aviation sector in both countries stands to benefit immensely with Israeli and Emirati carriers entering into code-sharing agreements. With Saudi Arabia opening its airspace to Tel Aviv flights, things look positive as the flight time between both countries will be considerably reduced. This will give an adrenaline shot to tourism as well. Already, the UAE has turned into a tourism hub with Dubai as its star attraction. Once flights resume between both countries, as many as 500,000 Israelis are expected to fly down to revel in the glitzy city, which boasts the Burj Khalifa, Dubai Shopping Festival and pulsating entertainment hubs, according to a recent report in the Khaleej Times.

It says that historical and religious sites in Israel would woo close to 700,000 visitors from the UAE a year, both citizens as well as expatriates. Muslim believers in the UAE will now be able to visit Jerusalem’s Dome of the Rock, one of the holiest sites in the Islamic world, without any hassles and Christian expatriate workers can easily make a pilgrimage to Jerusalem without any obstacles.

With the rapprochement with Israel, the UAE will become a force to reckon with in the region and counter the rising threat of nuclear power Iran, which is the arch-nemesis of Tel Aviv as well. With Israel as its ally, the UAE hopes to strike an arms deal with the US to procure the much-coveted F-35 stealth fighter jets, which will be a strong deterrent against its Shiite neighbour across the Persian Gulf. There could be deals with Tel Aviv for an early warning system to counter Iranian missiles and a missile defence network. Possibilities of marine drills involving navies of both countries cannot be ruled out.

Geopolitics in the Arab world is witnessing a tectonic shift as the UAE slowly arises as a key player, now all the more strong with a powerful ally. With Bahrain too toeing UAE’s line, Iran’s covert efforts to exert influence on the island, where the Shiites are in majority, will meet with staunch opposition as the Sunni ruler, Hamad bin Isa al-Khalifa, enjoys the strong support of his Emirati counterpart.

UAE’s clout is extending beyond the region to Sudan in Africa by hosting de-facto Sudani leader Lt Gen. Abdel Fattah al-Burhan who flew down to hold talks with US and Emirati officials regarding an economic package. There is much speculation about Sudan being next in line to formalise ties with Israel.

The Gulf country, which has a history of supporting secessionist outfits and regimes in the Middle East, is likely to join hands with Israel and expand its sphere of influence. A case in point is Yemen where the United Arab Emirates strongly supports the Southern Transitional Council (STC), which is fighting Iran-backed Houthi rebels. With STC covertly supporting their ally’s new friendship with Tel Aviv, there could be a new Israel-UAE-STC axis in the country aiming for a separate southern state.

The Gulf state is also leaving no stone unturned in its efforts to bolster its maritime trade. For that, strategic control over the ports in the Horn of Africa and Bab el Mandeb strait is vital. It is with this objective, Abu Dhabi has thrown its weight behind the self-ruling government of Somaliland in Somalia. The triumvirate would effectively deter the strategy of Iran and Houthis to close the strait in case of an escalation of conflict.

On the cultural front, the UAE’s growing film industry stands to gain with exchange programmes and closer cooperation with the Israeli movie and television sector. The Abu Dhabi Film Commission and the Israel Film Fund have come together to boost mutual understanding and tolerance via combined training programmes for budding movie makers in both countries in association with Jerusalem Sam Spiegel Film and Television Fund.

Negotiations have also started with regard to clean energy as the UAE is actively involved in seeking ways to shift from fossil fuels. And there is no better ally than Israel in the region given its expertise in the renewable energy sector.

The UAE’s progress by leaps and bounds supported by its new ally will pave the way for greater stability in the region with more Arab states burying the hatchet and forging ties with Israel and Abu Dhabi will play a leading role as interlocutor. From henceforth, one has to think twice before branding the UAE as just another Gulf state with swanky cities, pristine beaches and rolling sand dunes. There is no stopping the flight of the hawk of Quraish. 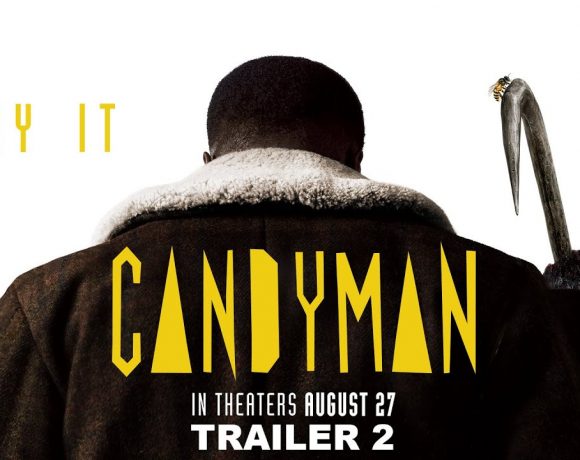 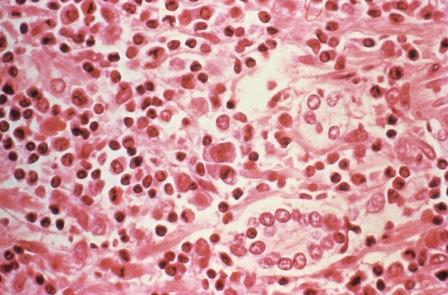 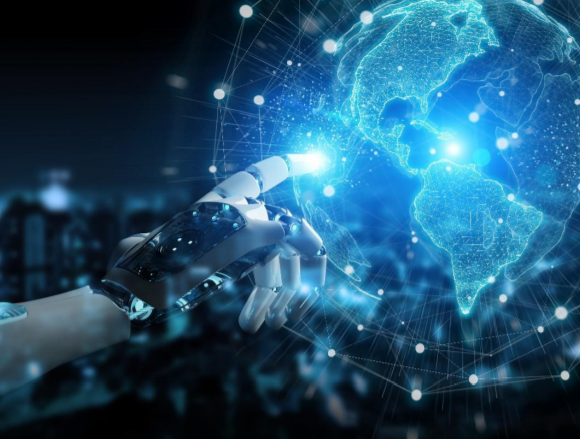