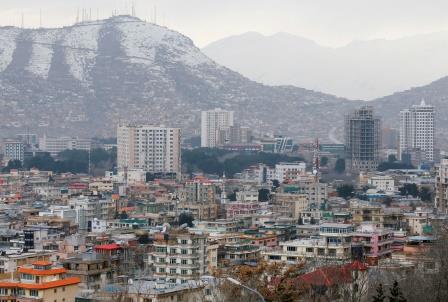 KABUL/WASHINGTON/PESHAWAR, Pakistan- The United States and the Taliban will sign an agreement on Feb. 29 at the end of a planned week-long “reduction in violence” in Afghanistan, U.S. officials and the Taliban said on Friday, stirring fresh hopes for an end to the protracted conflict.

The agreement could represent a chance for peace and a pullout of thousands of U.S. troops that have been in the country since U.S.-led forces ousted the hardline Islamist Taliban from power in 2001.

Previous attempts at negotiating peace agreements have been scuttled by Taliban attacks on international forces, most recently in December last year when an attack on a U.S. military base put talks on hold.

The reduction in violence (RIV), to be observed by Afghan, international and Taliban forces, will begin at midnight (1930 GMT) on Friday, Afghan President Ashraf Ghani said in a televised address.

Written instructions from the Taliban’s leadership, shared with journalists, instructed all fighters to be on the defensive and to not travel to areas controlled by the Afghan government and international forces.

Instructions on what would happen after signing a deal with the United States after seven days would be shared later, the Taliban spokesman told fighters and commanders.

The United States and the Taliban have been engaged in talks aimed at a political settlement and reducing the U.S. presence in the region, U.S Secretary of State Pompeo said in a statement on Friday.

He urged all Afghans to “seize this moment”.

Both sides would also make arrangements for the release of prisoners, spokesman Zabihullah Mujahid said.

The agreement will be signed in Doha between Taliban representatives and U.S. special envoy Zalmay Khalilzad, who has been leading the United States’ negotiation team, a senior State Department official told journalists.

U.S. President Donald Trump, who has vowed to stop “endless wars” as he seeks re-election in November, has long sought to withdraw U.S. troops.

NATO, which currently has 16,000 troops in Afghanistan, welcomed Friday’s announcement, calling the reduced violence a critical test of the Taliban’s willingness to contribute to peace.

U.S. and Taliban negotiators have been meeting in Doha since 2018 even though fighting has raged in Afghanistan and thousands of civilians and combatants have been killed as the insurgents have expanded territory under their control.

“We hope the reduction in violence is extended for a longer time and opens the way for a ceasefire and intra-Afghan talks,” Javid Faisal, spokesperson for the Afghan National Security Adviser, told Reuters.

The Taliban have previously refused to speak directly to the Kabul government, which they denounce as a U.S. puppet.

One Taliban leader based in Doha told Reuters that the reduction in violence could not be called a “ceasefire”.

“Every party has the right of self-defence but there would be no attacks on each other’s positions in these seven days,” the Taliban leader said.

Afghan forces will keep up normal military operations against other groups such as Islamic State during the period, Afghan spokesman Faisal said.

He added that Afghan forces would also retaliate against the smallest violation by the Taliban.

“Local government and security officials have been instructed by the president himself on how to follow the regulations agreed upon for the RIV period,” he said.

Officials privy to the talks had said last week that an agreement with the Taliban would be followed by negotiations on an intra-Afghan political settlement between the Taliban and an Afghan delegation that would include government officials.

Members of the Afghan delegation have yet to be announced. Reaching a consensus on members could pose a challenge with fresh political uncertainty in Afghanistan after Ghani was declared last week as the winner of a disputed 2019 presidential election.

His political rivals, whose representatives expect to be included in the intra-Afghan talks, rejected the election result and announced that they would form their own government. 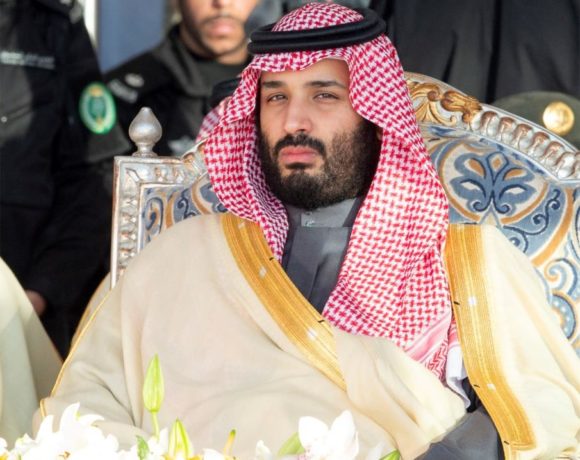 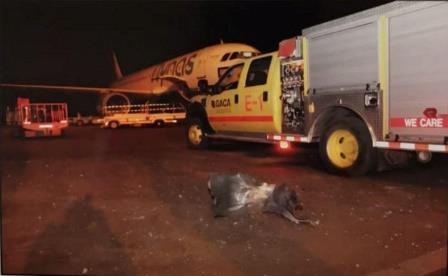 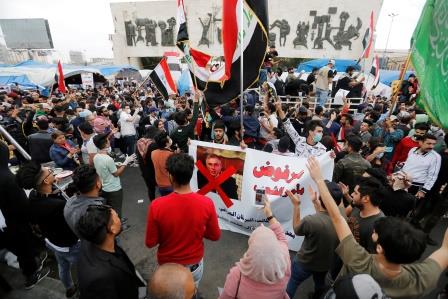 One killed and 24 wounded by security forces at Baghdad protest