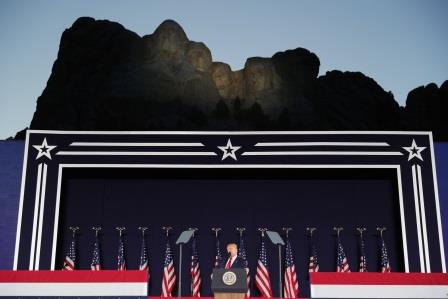 MOUNT RUSHMORE NATIONAL MEMORIAL (US) – US President Donald Trump on Friday slammed “angry mobs” that tried to dismantle statues of Confederate leaders and other historical figures. He told thousands of supporters at Mount Rushmore that protesters were trying to erase US history.

As many as 7,500 people attended the event in an amphitheater triggering health concerns as many did not wear face masks. This comes amid officials urging Americans to avoid crowding to slow the spread of COVID-19.

The president said the agitations over racial prejudice in American society were a threat to the foundations of the country’s political system.

“Our children are taught in school to hate their own country,” he added.

He also announced that he would create a “National Garden of American Heroes,”. Trump said it would be a park with statues of “the greatest Americans who ever lived.”

“Angry mobs are trying to tear down statues of our Founders, deface our most sacred memorials, and unleash a wave of violent crime in our cities,” Trump told the gathering.

The president also warned of harsh punishment for those who vandalise monuments. He also rejected demands to rename US military bases bearing the name of Confederate generals. 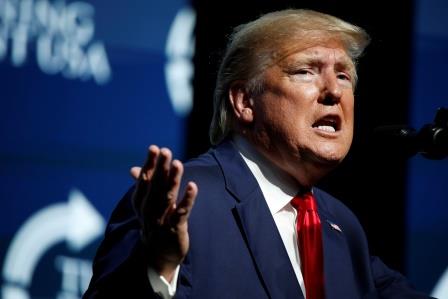 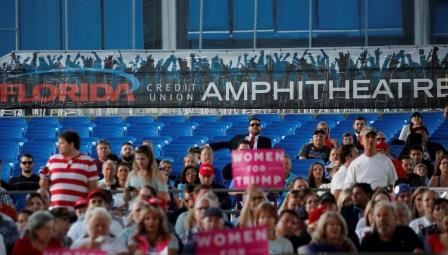