Trump, Biden to campaign in sunshine state of Florida

Trump, Biden to campaign in sunshine state of Florida 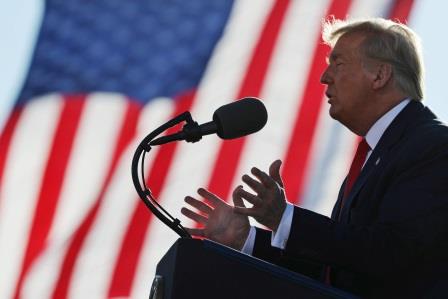 FLORIDA (US) – As the presidential election day approaches, President Donald Trump and his rival Democratic Joe Biden are expected to rally supporters on Thursday in Flordia, a critical battleground state. They will campaign in the same city.

Both Biden and Trump are running neck to neck in the state, which has 29 electoral votes and is a major prize in the election.

The president will address an outdoor rally in Tampa in the wake of COVID-19 cases surging across the country. At recent rallies, thousands have assembled to hear Trump speak and many appeared without masks

Biden will hold a drive-in rally later in Tampa where supporters will remain in their cars. He will also conduct a similar event earlier in the day in Broward County.

According to polls, Biden maintains a significant edge nationally. However, his lead is tighter in battleground states. The latest poll shows that Trump has moved into a tie with his rival in Flordia, with 49% revealing that they would vote for Biden and 47% for the president.

More people believe that Biden would handle the pandemic better, by a 48%-42% margin. On the other hand, Trump got more scores for his handling of the economy, 52% to 41%.

After he was infected with the coronavirus, Trump has been engaged in a hectic election campaigning in the days leading to the vote. He has been holding as many as three rallies daily in different states. On the other hand, Biden has been adopting a more measured tack and he spent two days in his home state of Delaware.

More than 75 million Americans have cast early in-person as well as mail ballots, as per the data collected by the US Elections Project at the University of Florida. It is a record of sorts and more than 53% of the total 2016 turnout.

In what is seen as a setback to the Republicans in two battleground states, the Supreme Court on Wednesday refused to block extensions to receive mail-in ballots in Pennsylvania and North Carolina. The president has claimed that mail-in voting would lead to widespread fraud.

On Thursday, the president will be touting government data on the GDP during the third quarter as the economy tries to claw back from bottoming out earlier in the year.

The numbers are slated to show a record jump in terms of growth when compared to the second quarter. According to economists, recovery is far from complete.

On Friday, the president will return to the Midwest to campaign in Michigan, Wisconsin and Minnesota. He has plans to visit 10 states in the last week of campaigning and will conduct 11 rallies during the last 48 hours, said a campaign official.

Following a briefing from public health officials on Wednesday, Biden criticised the Trump administration for ignoring safety and failing to come out with a plan to stem the spread of the pandemic.

“The longer he’s in charge the more reckless he gets,” Biden said in a media briefing before casting his vote in Wilmington, Delaware.

On the other hand, the president blamed Biden for wanting to institute new lockdowns across the country, which would further damage the economy. 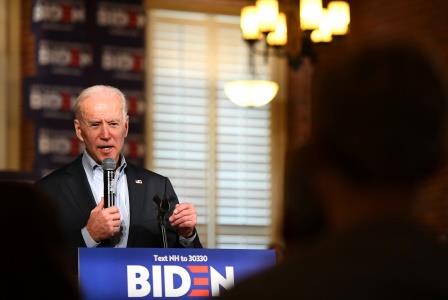 Biden’s next high profile endorsement in Iowa as voting nears 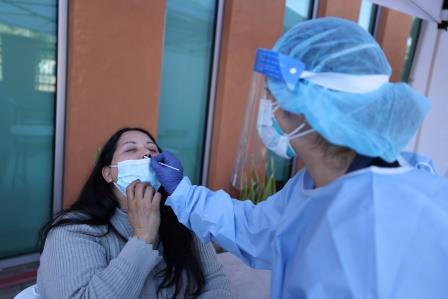 US sees a spike in COVID-19 cases and hospitalisation records 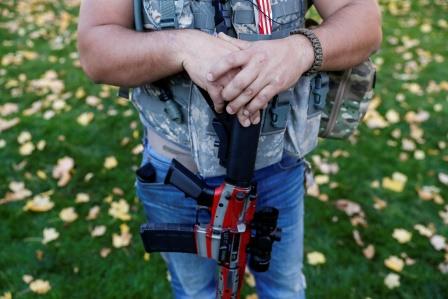