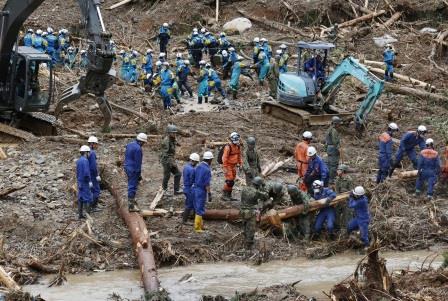 TOKYO (JAPAN) – As many as 40 people are feared dead in Kyushu island on Monday which is facing the fury of torrential rains. Evacuation orders have been given out as the river banks are at risk of bursting.

So far, 21 people have lost their lives in floods and mudslides that began in the weekend. As many as 18 people are to be certified dead and 13 are missing, said Chief Cabinet Secretary Yoshihide Suga said in a briefing.

“I offer my deepest condolences for those who have passed from the torrential rains,” Suga said. About 40,000 members of the Self-Defence Force have been pressed into rescue missions.

Suga said that evacuation centres were also taking steps to prevent the spread of the novel coronavirus by distributing disinfectant and asking evacuees to maintain social distancing.

The Kyodo news agency said on Saturday that 200,000 have been ordered to evacuate. 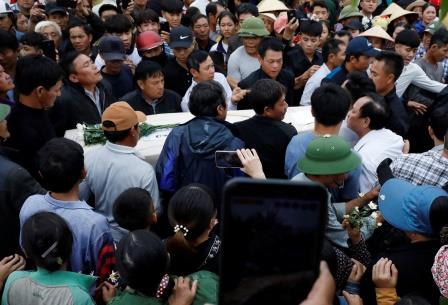 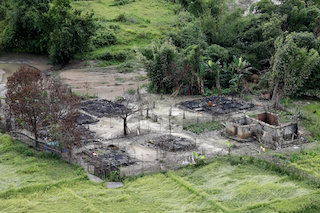 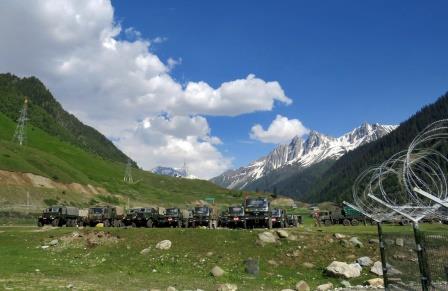