‘Thrust reverser’ broken on plane that slid into Florida river 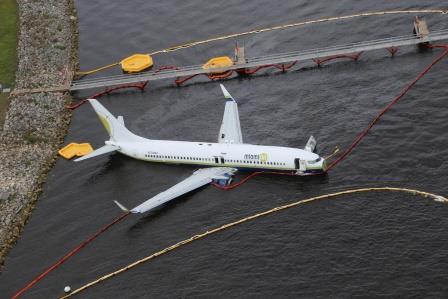 (Reuters) – A component meant to slow an aircraft on landing was inoperative on the Boeing jetliner that slid off a runway into a river at a Florida military base, injuring 22 people, investigators said on Sunday.

The failure of the left-hand “thrust reverser” on the Boeing 737-800 was one of the factors investigators were looking at, as well as a request by the pilots to change runways, said National Transportation Safety Board Vice Chairman Bruce Landsberg.

The plane chartered by the U.S. military landed during a thunderstorm at Naval Air Station Jacksonville on Friday night and was arriving from Naval Station Guantanamo Bay in Cuba with 136 passengers and seven crew members.

It slid off the end of the runway into shallow water and sank up to its wings, forcing passengers to walk along the wings to safety.

“The aircraft had been in maintenance and the maintenance log noted that the left hand thrust reverser was inoperative,” Landsberg told a press conference, explaining that the component slowed an aircraft by diverting thrust from an engine.

Several dogs and cats travelling in crates in the submerged forward hold of the plane are presumed dead and the U.S. Navy has arranged to have divers remove them from the aircraft, said Landsberg.

Shortly before landing, the pilots asked to change to a runway that had equipment set up on it, reducing the length of available landing space to 7,800 feet (2377 meters) from a total runway length of 9,000 feet (2743 meters), Landsberg said.

“We don’t know what they were thinking or why that was their choice,” said Landsberg of their decision.

The aircraft, chartered from Miami Air International, landed at a speed of 163 knotts (188 mph) with a tail wind of 15 knotts (17 mph) that increased its ground speed to 178 knotts (205 mph) on landing, Landsberg said.

Asked to confirm that the speed appeared excessive, Landsberg declined to comment.

The cockpit voice recorder is in the submerged tail of the plane and investigators will not be able to recover it until the aircraft is drained of fuel and lifted out of the water. 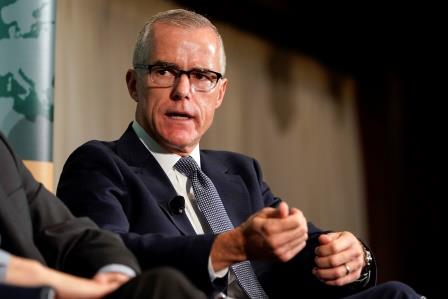 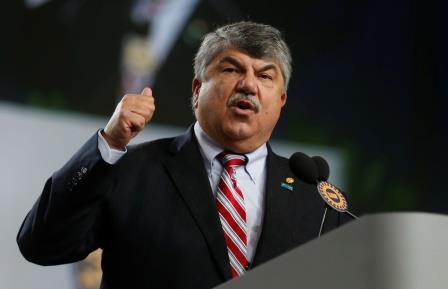 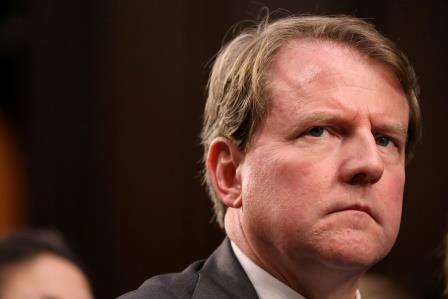