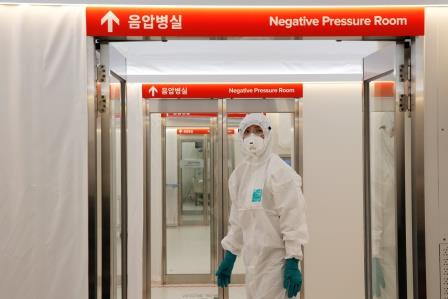 SEOUL (SOUTH KOREA) – Doctors in South Korea have threatened to ahead with a protest strike against legislation to scrap down the licences following criminal convictions. This move by the doctors have triggered fears among people whether the coronavirus vaccination efforts likely to begin this week will get affected.

Healthcare workers are likely to receive the first batch of AstraZeneca’s vaccine from Friday. South Korea is aiming to protect the lives of 10 million high-risk people by July, so as to meet their goal of reaching herd immunity by November.

The Korean Medical Association (KMA), the largest grouping of doctors, said it would resort to strike if parliament passed a bill to cancel the licences of doctors sentenced jail terms.

Spokesman Kim Dae-ha said in a statement on Monday, “The bill might result in ordinary, innocent doctors being stripped of their licences and falling into hell because of an accident that has nothing to do with their job, or lack of legal knowledge.”

Association president Choi Dae-zip has called the bill “cruel”, saying its passage into law would “destroy” current cooperation with the government for the treatment of the virus and conduct the vaccine campaign.

No date has been set yet for the strike, the KMA told.

This announcement has come as a heavy blow when authorities are struggling to allocate medical personnel to about 250 inoculation centres and 10,000 clinics across the nation.

Discord over the bill is not considered in good taste ahead of the vaccine rollout, the health ministry said.

Parliament has been looking forward to revise the Medical Service Act to stop physicians found guilty of violent crimes, such as sexual abuse and murder, from practicing.

Korea Disease Control and Prevention Agency (KDCA) director Jeong Eun-kyeong said AstraZeneca shots enough for about 750,000 people will be handed over from a production facility of SK Chemicals unit SK bioscience to immunisation centres across the country from Wednesday.

The first inoculation is slated for Friday 9 am. (0000 GMT), Jeong told a briefing on Monday.

South Korea will set out with allotting the first of 117,000 doses of Pfizer’s coronavirus vaccine on Saturday to around 55,000 healthcare workers in treatment facilities against COVID.

The medical association, with almost 140,000 members, has had incidence of policy disputes with the government in the past too. 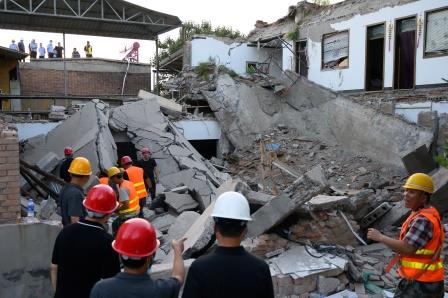 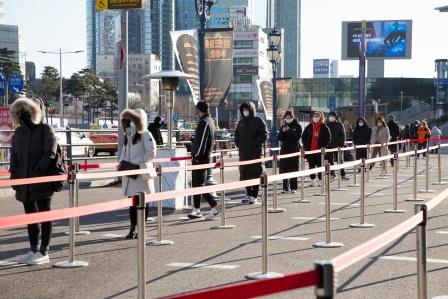 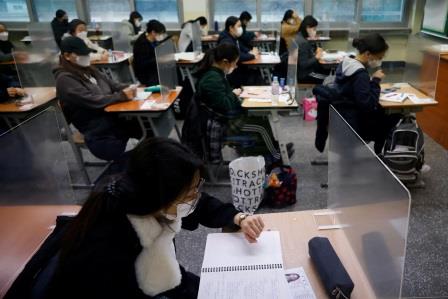