'Friends': The One where 'Friends' get back for a reunion

The One where ‘Friends’ get back for a reunion 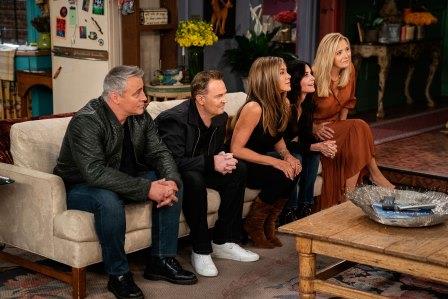 LOS ANGELES (US) – After 10 years on the air and 17 years since the final episode of “Friends”, it seems like they still have secrets. One of the biggest secrets was revealed on Thursday in a reunion special airing on HBO Max.

The on-again, off-again romance between characters Ross Geller and Rachel Green wasn’t just for the cameras.

Actors David Schwimmer and Jennifer Aniston revealed for the first time that they had major crushes on each other in the early years of the series, but the first time they kissed was when their characters did so on screen in 1995.

“I just remember saying one time to David, it’s gonna be such a bummer if the first time you and I actually kiss is going to be on national television. Sure enough! First time we kissed was in that coffee shop,” Aniston says in “Friends: The Reunion.”

“We just channeled all of our adoration and love for each other into Ross and Rachel,” she added.

The passionate kiss in the Central Perk coffee shop in the Season 2 episode “The One Where Ross Finds Out” is widely considered one of the highlights of the series, which came to an end in 2004 with the two characters finally getting back together.

Schwimmer and Aniston said the mutual attraction lasted for the first two years of the show, but they never got together as a couple off-screen because they were both in relationships or between relationships with other people.

“We were both crushing hard on each other, but it was like two ships passing because one of us was always in a relationship. So we never crossed that boundary, you know. We respected that,” said Schwimmer.

Schwimmer recalled that “in the very first year or two when we had breaks from rehearsal, there were moments when we would cuddle on the couch.”

“How did not everyone know we were crushing on each other?” he asked co-stars Matt LeBlanc, Matthew Perry, Courteney Cox and Lisa Kudrow.

“Friends: The Reunion” comes 17 years after the comedy about 20-somethings living in New York City ended its 10 year run. It remains one of the most popular shows in re-runs and on streaming platforms. 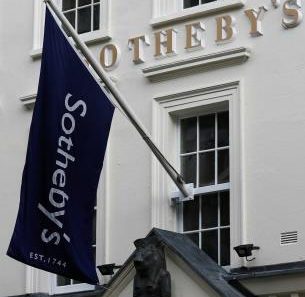 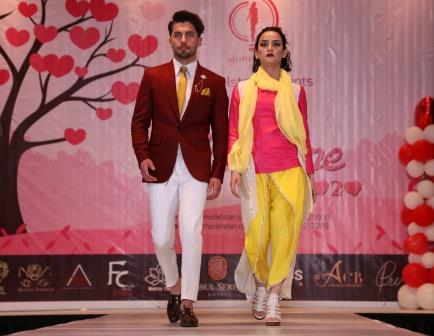 ‘Mr and Ms Valentine’: Afghanistan celebrates with roses and fashion 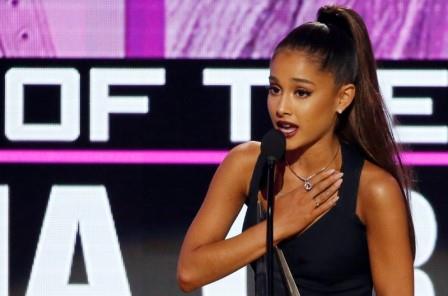