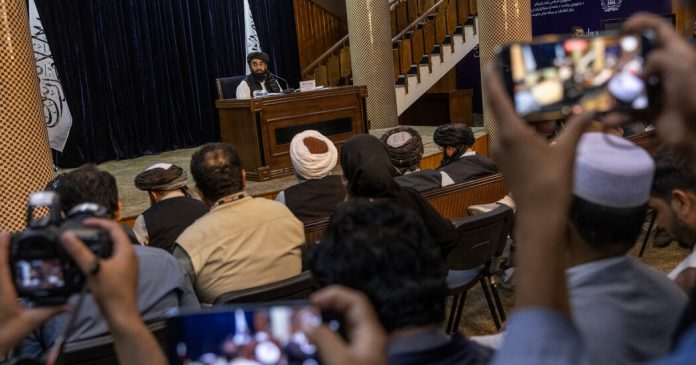 WASHINGTON — Nearly 20 years ago, about 150 family members of Sept. 11 victims sought a measure of justice for their losses by suing a list of targets like Al Qaeda and the Taliban. A decade later, a court found the defendants liable by default and ordered them to pay damages now worth about $7 billion.

But with no way to collect it, the judgment seemed symbolic.

Today, however, the Taliban is back in control of Afghanistan. The group’s leaders say their country’s central bank account at the Federal Reserve in New York, in which the former government accumulated about $7 billion from foreign aid and other sources, is rightfully theirs. And that in turn has raised a question: If the money is the Taliban’s, shouldn’t the plaintiffs in the Sept. 11 lawsuit be entitled to seize it?

High-level officials in the Biden administration are now debating the answer to that question, which presents a complex knot of national security, legal, diplomatic and political problems — the latest example of how thorny issues stemming from the terrorist attacks remain unresolved more than two decades later.

Among the specifics to be worked out is whether and how the United States can sidestep any legal requirement to recognize the Taliban as the legitimate Afghan government in order to use the money in the central bank account to help resolve the claim by the Sept. 11 families.

The administration is scheduled to tell a court by Friday what outcome would be in the national interest, even as the United States grapples with broader issues arising from the end of the American military presence in Afghanistan. In addition to recognition, they include how to provide humanitarian aid that might forestall a mass exodus of migrants.

The Justice Department has been negotiating with lawyers for the Sept. 11 plaintiffs about a potential deal to divide up the money if the government supports their attempt to seize it, and the White House’s National Security Council has been working with agencies across the government to weigh the proposal, according to people who described the deliberations on condition of anonymity.

In a statement, two of the plaintiffs in the lawsuit — Fiona Havlish, whose husband worked on the 101st floor of the South Tower, and Ellen Saracini, whose husband was a pilot of one of the hijacked planes that flew into the World Trade Center — said the administration should help their cause.

“After our husbands were killed in the Sept. 11, 2001 terrorist attacks, we have spent many years fighting to achieve justice on their behalf,” they said. “Together with the others in our case, we obtained an enforceable money judgment against the Taliban and now call on President Biden to ensure the funds we have attached go to us and not the terrorists who played a role in taking the lives of our loved ones.”

Any transfer of the Afghan central bank reserves is sure to infuriate the Taliban at a moment when the West is trying to pressure and coax the organization into behaving differently than it did when it last ran that country, on matters ranging from respecting women’s rights to refusing to host international terrorist groups. The Taliban have been demanding access to the funds.

With the departure of the U.S. military on Aug. 30, Afghanistan quickly fell back under control of the Taliban. Across the country, there is widespread anxiety about the future.

The National Security Council declined to provide a statement for this article, and much remains unclear about the parameters of what the U.S. government can do — let alone what decision it will make, several people familiar with the matter said.

After the Taliban abruptly took military control of the country in August, the New York Federal Reserve blocked access to the Afghan central bank’s account. Under longstanding counterterrorism sanctions imposed on the Taliban by the U.S., it is illegal to engage in financial transactions with them.

Shortly afterward, lawyers for the families in the old default judgment case persuaded a judge to issue an order that started the process of transferring the money to them to pay off the debt. On Sept. 13, a United States Marshal served the legal department of the Federal Reserve of New York with a “writ of execution” to seize the money.

Further complicating matters, a second group of plaintiffs in a smaller case — brought in the Northern District of Texas by seven State Department contractors who were injured in a 2016 terrorist attack in Afghanistan — are also seeking to seize a portion of the funds to pay off a $138 million default judgment against a list of defendants that included the Taliban.

The Justice Department has intervened in both cases, invoking a power to inject the government into any pending litigation and inform the court about how the United States views its interests. The litigation has been frozen awaiting its statement, court documents show.

Behind the scenes, lawyers for the plaintiffs opened negotiations with the Justice Department. They have proposed a deal to divide the $7 billion among three categories of recipients if the Biden administration backs them in court, the people familiar with the matter said.

Under the proposal, the plaintiffs, as holders of the default judgment, would keep some of that money, while redirecting the rest of it to two other purposes.

Some of the remaining money would go to several thousand spouses and children of those killed in the Sept. 11 attacks who were not part of the lawsuit, and who for technical reasons did not receive certain payments from a compensation fund for victims of terrorism set up by Congress.

The other portion would be donated to various organizations that perform humanitarian work — like providing lifesaving food and medicine — to people in Afghanistan.

It is not clear how much money would go into each of those three pots; the people familiar with the discussions said the numbers remain subject to negotiation. The proposed deal would not give any payout to other relatives of victims of the Sept. 11 attacks.

One person familiar with the matter said that in its internal deliberations, the Biden team has four priorities guiding it.

Understand the Taliban Takeover in Afghanistan

Who are the Taliban? The Taliban arose in 1994 amid the turmoil that came after the withdrawal of Soviet forces from Afghanistan in 1989. They used brutal public punishments, including floggings, amputations and mass executions, to enforce their rules. Here’s more on their origin story and their record as rulers.

Who are the Taliban leaders? These are the top leaders of the Taliban, men who have spent years on the run, in hiding, in jail and dodging American drones. Little is known about them or how they plan to govern, including whether they will be as tolerant as they claim to be. One spokesman told The Times that the group wanted to forget its past, but that there would be some restrictions.

First, the person said, the administration is determined that no money from the Afghan government reserves go directly to the Taliban.

Second, the person said, the Biden administration recognizes that Afghanistan has acute humanitarian needs and so some share of the reserves should be used to address that problem.

Third, the person said, the administration sees the claims by the terrorist attack victims as legitimate and believes those need to be addressed through those funds as well.

And fourth, the person said, the Biden administration will not recognize the Taliban as the legitimate government of Afghanistan — a step that would have myriad other legal and diplomatic consequences — to resolve the Afghan central bank funds issue. Instead, it will address that question as circumstances warrant and on its own timetable.

Several people familiar with the matter said it might not be legally necessary to recognize the Taliban as the government of Afghanistan in order to seize the central bank funds to pay off the legal judgment. Instead, they said, a judge might find that the organization merely has a sufficient interest in the funds to make seizing them lawful.

The negotiations come as the Taliban have been separately lobbying to gain access to Afghan central bank funds in the United States, along with smaller deposits in Europe. On Nov. 17, the acting Taliban foreign affairs minister released a public letter to the United States Congress imploring it to release the funds, saying there was no justification in blocking them now that the war is over and they were needed to avert a humanitarian crisis this winter.

“We are of the belief that freezing Afghan assets cannot resolve the problem at hand neither is it the demand of the American people, hence your government must unfreeze our capital,” he said. “We are concerned that if the current situation prevails, the Afghan government and people will face problems and will become a cause for mass migration in the region and world which will consequently create further humanitarian and economic issues for the world.”

But the American government rebuffed the Taliban’s message in a statement by Thomas West, the special representative for Afghanistan, even as he said the United States would continue to provide humanitarian aid to the Afghan people.

“We’ve provided $474 million this year, applaud the robust efforts of Allies & partners in this space, & are making every effort to help the UN & humanitarian actors scale up to meet needs this winter,” Mr. West wrote on Twitter.

The issue of how to direct greater humanitarian aid to Afghanistan is said to be a particular problem in light of the political sensitivities of asking Congress for more money and strong policy opposition within the Biden administration to any transfer of funds to the Taliban itself.

Another person familiar with the matter said that the Biden administration is considering another option, especially if a judge rules that it would not be lawful to use the Afghan government assets to satisfy the plaintiffs’ judgments against the Taliban.

Under this second option, if someone deemed to be an authorized representative of the Afghan central bank consented to transfer some of the funds directly to nongovernmental organizations performing humanitarian assistance in Afghanistan, the Treasury Department’s Office of Foreign Assets Control could grant a license to permit that step. Determining who that person would be, however, presents additional difficulties. 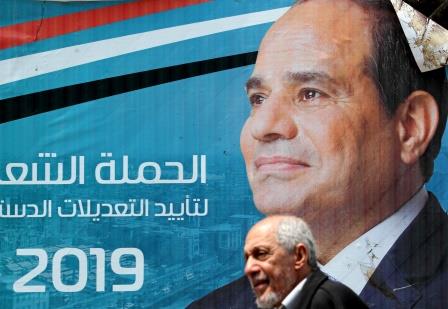 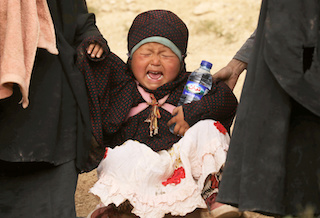 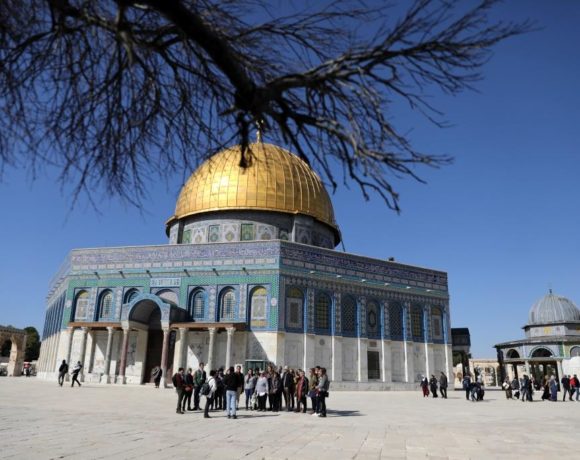