Take Five: It's the end of May - British Herald

Take Five: It’s the end of May 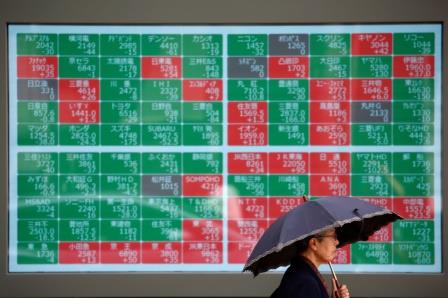 Theresa May stepped into 10 Downing Street in July 2016 with the express aim of taking Britain out of the European Union. She will depart as prime minister this summer having failed in that ambition. No one can say she didn’t try — after three attempts to get her EU withdrawal bill through parliament, she finally had to admit it was dead in the water.

Speculation about her departure has been rife all month. Now it’s wait and see if her successor will fare any better with the withdrawal deal, or if he or she steers Britain towards a no-deal Brexit. What’s clear is that risks of crashing out of the EU without a transition period have risen, given the eurosceptic Boris Johnson is favourite to succeed May. The other risk is a new election, and possibly, a hung parliament. That means sterling could suffer more losses; it has fallen almost 3% this month against the dollar and euro.

May will remain in charge as the Conservatives elect a new leader. Her last task as prime minister — welcoming U.S. President Donald Trump to Britain — will hopefully be easier than trying to deliver Brexit.

-FACTBOX-Who wants to be Britain’s next prime minister?

The Sino-U.S. trade war has morphed from a tariff spat into a battle over who controls global tech. Washington has banned U.S. firms from doing business with Chinese telecommunications giant Huawei. Essentially that cripples the company’s ability to make new chips for its future smartphones.

As chipmakers and companies including Panasonic and ARM fell into line behind the U.S. ban and others like Toshiba scrambled to check their exposure, the widespread impact of the move on complex global supply chains is becoming clear.

Accordingly, shares have tumbled worldwide. Among others, the potential loss of business from the Chinese smartphone giant has hit Europe’s AMS and STMicroelectronics. Taiwan Semiconductor, which Bernstein analysts calculate makes around 11% of revenues from Huawei, sank too.

The Philadelphia semiconductor index, widely seen as a bellwether for world chipmakers, has lost around 18% in just a month since hitting a record high on April 24.

However, some telecoms equipment firms such as Nokia and Ericsson could benefit if the Huawei clampdown diverts business to them.

Trump’s latest claim that Huawei could be part of a trade deal has injected some hope into markets, but unless further talks are announced investors will remain unconvinced.

3/EM TANTRUM WITHOUT THE TAPER?

Markets have a funny way of repeating themselves and exactly six years on from the ‘taper tantrum’, when investors freaked at the sudden realisation the U.S. Fed wanted to end money printing, some are wondering whether something similar is brewing again.

A conviction the U.S.-China trade war will force the Fed to cut interest rates have pushed benchmark government bond yields that drive global borrowing costs to the lowest in years. But just like in 2013, the Fed is flagging something different.

It has signalled it may sit on its hands “for some time”. So if yields do start to spring back up, things could get scary.

Emerging markets in particular have painful memories of the taper tantrum. Economic surprises in the developing world are the most negative now in six years, according to an index compiled by Citi. And nearly $4 billion  fled EM equities last week, EM equities have dropped around 10% so far this month and the premiums investors demand to hold EM bonds have spiked.

Clearly, many investors are not hanging around to find out what happens next.

-Fed’s patience on interest rates to last ‘for some time’

4/MODI-NOMICS TO THE TEST After a stunning win in the world’s biggest election, Indian Prime Minister Narendra Modi begins to put together a new cabinet and a 100-day action plan. Focus is on who becomes finance minister — Arun Jaitley, a key troubleshooter for years — is said to be out of the race due to ill-health.

Modi’s re-election reinforces a global trend of right-wing populists sweeping to victory, from the United States to Brazil and Italy. Energised by his brand of Hindu nationalism, voters gave less weight to his failure to create jobs — a key campaign promise at the last election. In fact, a complex tax reform and a flash demonetisation pushed millions out of work.

Credibility issues aside, upcoming growth data will be a reminder that while investors gave Modi a big thumbs up and pushed Indian stocks to record highs, the economy is less cheerful. Corporate earnings have in fact disappointed in the years Modi has been in office. And small businesses, low-income farmers, jobseekers and liquidity-starved banks will demand more of him in his second mandate.

-India’s Modi will need to hit the ground running with economy, Pakistan

5/ON THE ROAD AGAIN

The U.S. summer vacation season begins, unofficially, with the Memorial Day weekend, and travel volumes across the United States should be the second-highest on record this year, according to the American Automobile Association (AAA). Despite high fuel prices, nearly 43 million Americans will be travelling over the long weekend, and 37.6 million will be driving, making this holiday travel season the busiest since 2005, the AAA predicts.

But gasoline supplies are tight on the U.S. East and West Coasts, leaving both regions vulnerable to potential price spikes at the pump, just as the peak summer driving season kicks off. High fuel prices cut into people’s discretionary spending though, so the question is what impact there will be on the U.S. consumer.

Consumer spending — which includes spending on services such as travel — jumped in March by the most in nearly a decade, following small increases in the previous two months. But even though first-quarter U.S. growth was a healthy 3.2% on an annual basis, consumer spending grew less. In coming months, the economy is widely seen decelerating; the question is what role consumer and travel spending will play. 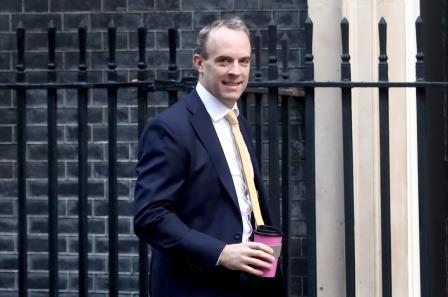 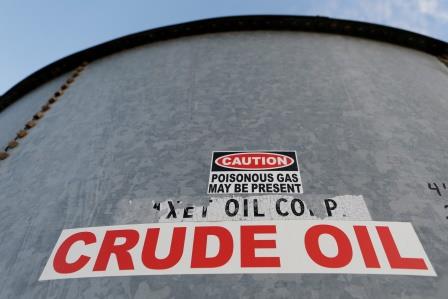