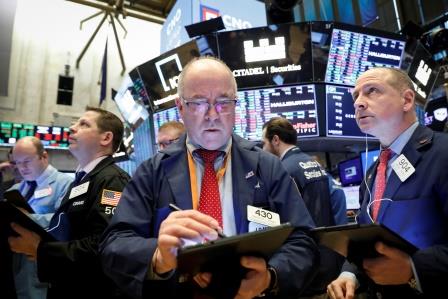 NEW YORK – Stocks and oil prices tumbled again on Tuesday and the benchmark U.S. debt yield hit a record low on growing concern about the effects of the spread of coronavirus on the global economy.

The market sell-off followed the largest losses in stocks in over two years on Monday and accelerated after the U.S. Centers for Disease Control and Prevention said Americans should begin to prepare for community spread of the disease.

The Japanese yen strengthened against the dollar for a third session running, in a sign that traders are in search of relatively safer assets.

The flu-like virus has now infected more than 80,000 people, 10 times more cases than the SARS epidemic in 2003. Several European countries were dealing with their first infections, feeding worries about a pandemic.

The World Health Organization, however, has said the epidemic in China, where it began in December, peaked between Jan. 23 and Feb. 2 and has been declining since.

On Wall Street, where stocks fell the most in two years on Monday, the S&P 500 posted its largest back-to-back drop since August 2015.

“For the first time in a while we’re finally waking up to the fact that this issue could go on for a while and have a significant impact on Chinese and global economic growth and potentially the United States,” said Randy Frederick, vice president of trading and derivatives for Charles Schwab in Austin, Texas.

“When people react to it because they don’t travel or go to restaurants or go shopping, that’ll have an immediate impact on the economy. It depends how long it goes and how wide the spread,” he said.

The risks are such that bond markets are betting that central banks will have to ride to the rescue with new stimulus.

Futures for the Federal Reserve funds rate have surged in the last few days to price in a 50-50 chance of a quarter-point interest rate cut as early as April. In all, they imply more than 50 basis points of reductions by year end.

The indication of falling U.S. rates hit the dollar against a basket of its peers.

“The potential for the economic fallout from the virus to wash up on U.S. shores has cooled the dollar’s rally … by knocking Treasury yields to multiyear lows,” said Joe Manimbo, senior market analyst at Western Union Business Solutions, adding that the downward pressure also came from higher expectations for the Federal Reserve to deliver more interest rate cuts.

For the first time, the 10-year yield on Municipal Market Data’s benchmark scale for top-rated, tax-exempt municipal bonds fell under 1% to .98%.

Gold ran into profit-taking after hitting a seven-year peak overnight, and last dropped 1.6% to $1,634.59 an ounce. 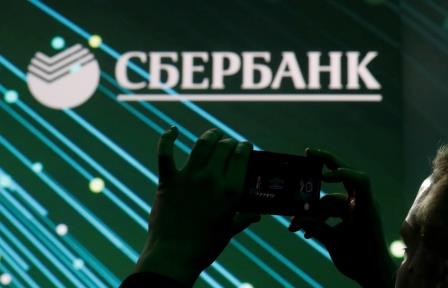 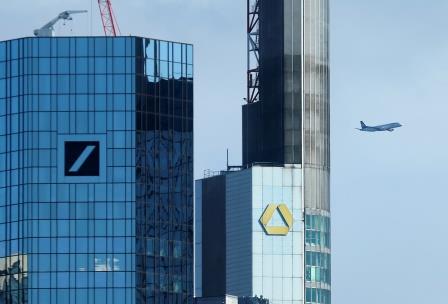 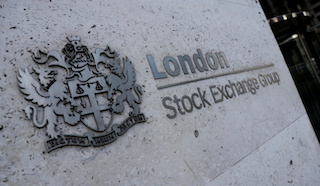