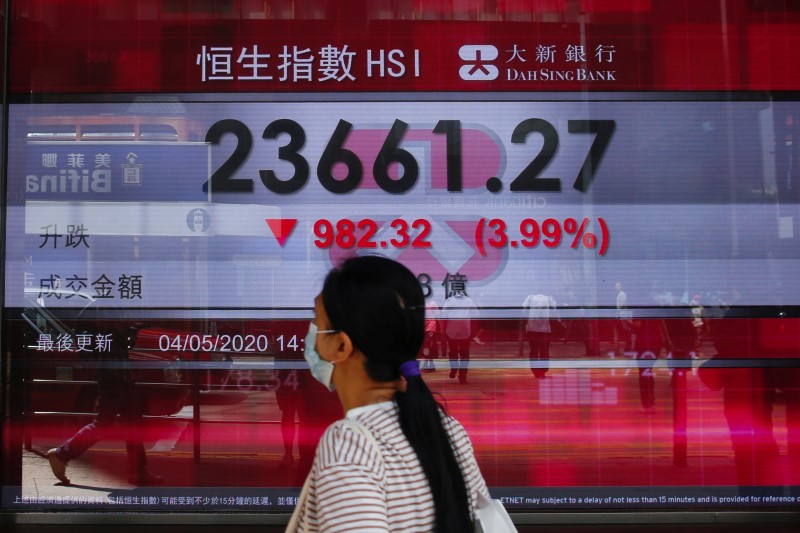 SINGAPORE (Finance) – Asian stocks rose on Tuesday as investors’ focus on the prospects of a global coronavirus recovery won out over familiar worries about U.S.-China relations and the depth of economic damage.

MSCI’s broadest index of Asia-Pacific shares outside Japan, which had its best day in two months on Monday, extended its rally without panache – rising 0.41%.

European stocks were headed for a strong start with the pan-region EUROSTOXX 50 futures up 0.71%, FTSE futures gaining 0.52% and German DAX futures up 0.59% in Asian afternoon trade.

The dollar nursed heavy losses, but steadied, and bonds firmed.

The week had begun with a surge in riskier currencies and global equities after Trump’s response to China’s tightening grip on Hong Kong – with threats, not tariffs – was seen lowering the temperature of Sino-U.S. tension.

Reports of an order from China’s government to halt U.S. soybean purchases, though, again raised the spectre of damaging trade disagreements between Washington and Beijing.

“In the meantime, we’re hanging in there…but I think we might be getting a little exhausted given the giddy heights that we’re trading at.”

World stock markets have rallied nearly 36% from March lows on hopes for a swift recovery from a pandemic that has killed nearly 375,000 people and crushed global growth as countries have shut down to try and slow the virus’ spread.

May Purchasing Managers Index (PMI) data pointed to a fragile but encouraging rebound in global manufacturing – driving hopes that the worst is over.

Japan’s Nikkei rose 1.17% to its highest since late February and markets in Seoul, Taipei and Hong Kong also gained.

“This optimistic read for risk can only persist if measures like orders and employment continue to improve month to month,” said Alan Ruskin, chief international strategist at Deutsche Bank.

“Early setbacks would be a very poor sign, but are not expected in the period immediately following the end of lockdowns.”

Currency and bond markets took a breather, and the safe-haven dollar scraped from multi-month lows against most major currencies and pushed bond yields lower.

The Australian dollar rose 0.04% and New Zealand dollar dipped 0.17% after strong Monday gains, and the dollar was a fraction over an 11-week low against a basket of currencies.

The wave of outrage in the United States following the death of George Floyd, who died in Minneapolis after being pinned beneath a white police officer’s knee for nearly nine minutes, seems yet to weigh on global investors’ sentiment.

Still, the unrest has dozens of U.S. cities under curfew, racial tensions at boiling point and some analysts worrying it presents yet another hurdle to national economic recovery, or even invites a second wave of coronavirus infections. U.S. stock futures were off 0.3% in Asian afternoon trade.

Some 40 million Americans have lost jobs since mid-March and many states are emerging from lockdowns, even as daily new case numbers are only very slowly trending downward.

“It wouldn’t take a lot for (case numbers) to start rising again,” said ING’s head of research in Asia, Rob Carnell, who said markets’ nonchalance may not persist if, as Trump warned, troops are called out to put down protests.

Oil futures steadied with traders waiting to see whether major producers agree to extend output cuts at an OPEC+ meeting later in the week. Brent futures rose 1.12% a barrel to $38.75 and U.S. crude was up 0.85% at $35.74 a barrel. 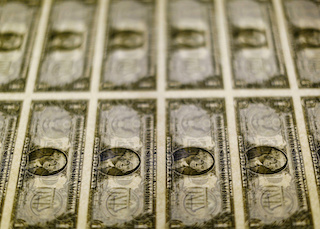 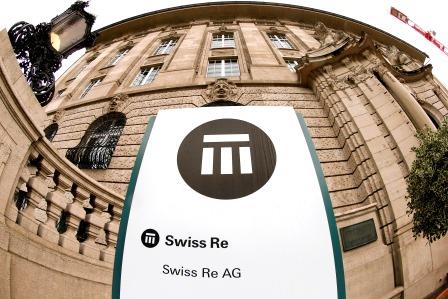 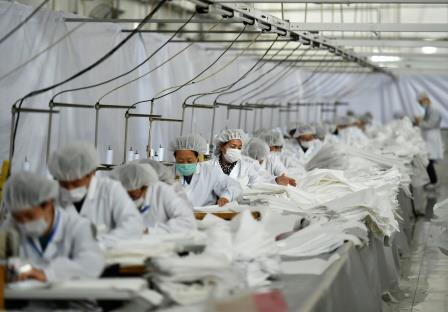