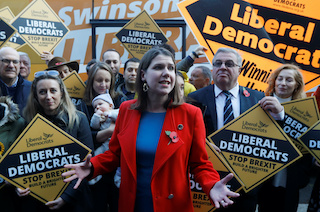 LONDON – Britain’s smaller pro-European parties have announced a “remain” alliance for next month’s general election in which they will step aside for each other in 60 constituencies, covering about 10% of the seats in parliament.

The aim is to deny a majority to Prime Minister Boris Johnson who plans to take Britain out of the EU if he wins the vote on Dec. 12.

The Liberal Democrats, the Welsh nationalists Plaid Cymru and the Green Party, along with some independent lawmakers, aim to give a free run to just one “remain” candidate in each constituency.

One of their biggest targets is foreign minister Dominic Raab. The Green Party plans to stand aside for the Liberal Democrat candidate in what polls say may be a closely fought contest in Raab’s affluent constituency southwest of London.

Heidi Allen, a former Conservative lawmaker who joined the Liberal Democrats, said the cross-party alliance was the first in a British national election in more than a century.

The parties “know this general election is the last chance to change the path that this country is currently on,” said Allen, who was involved in organising the pact.

The first December election in Britain since 1923 is one of the hardest to forecast in years. Brexit may well trump voters’ traditional loyalties and give smaller rivals a chance to challenge the two biggest parties: Johnson’s Conservatives and the left-leaning Labour Party.

Most polls so far have the Conservatives ahead – a YouGov poll this week had them leading Labour by 11 percentage points.

The template for the cross-party deal was a local election in Wales earlier this year, when the Liberal Democrats seized the seat from the Conservatives after Plaid Cymru and the Greens did not run candidates.

However, the alliance does not include the Labour Party or the Scottish National Party, which will blunt its effectiveness because they currently have the second and third-most MPs and support another Brexit referendum.

Labour’s finance spokesman John McDonnell said his party did not need an alliance to defeat Johnson. “We are going to have a majority Labour government – we don’t need any pacts,” he told a rally on Thursday. 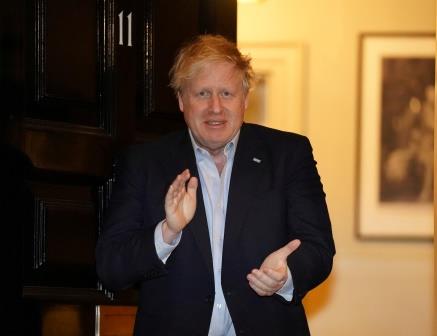 ‘No idea’ if Johnson will end isolation on Friday, health minister says 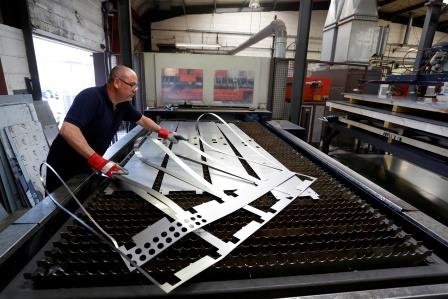 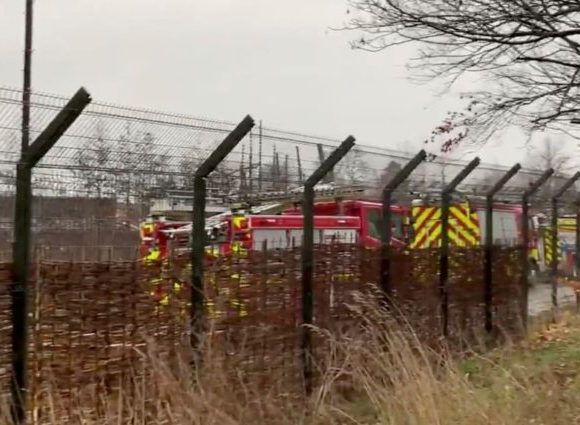 Animals safe as large blaze breaks out at British zoo