Sleepy to sleepless? Indonesia’s future capital in the forest 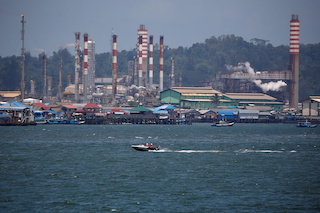 SEMBOJA, Indonesia – By day, the unforgiving sun glares off the road beside Ipah’s wooden home with blinding brightness as a passing motorbike stirs a swirl of dust.

By night, the beams of an occasional truck carrying coal or palm fruits pierce the darkness.

This remote corner of Indonesia is set to be transformed from a forest backwater on the island of Borneo to a global city – a new capital of a country whose 260 million people make it the world’s fourth most populous.

At her stall serving ice tea and instant noodles, Ipah, an 18-year-old single mother, worries about what the change will bring.

“Cities in Kalimantan are peaceful and safe,” said Ipah, who like many Indonesians uses only one name, referring to the Indonesian part of Borneo island.

“The capital is a city that never sleeps. Too much smoke, too much fuss.”

The capital Jakarta’s reputation as a crowded, polluted mega city of more than 10 million people – one that is slowly sinking into the sea – is partly why Indonesia plans to move government offices to a “Forest City” in East Kalimantan province.

The logic of the plan, first mooted nearly 70 years ago, is also to escape Java’s earthquake risk and to swing Indonesia’s political centre nearer the middle of the archipelago and away from the politically dominant island.

“Within five years, we think there will be 200,000 to 300,000 people. Within 10 years, maybe the population will reach 1 million. And then after that 1.5 million,” Planning Minister Bambang Brodjonegoro told Reuters in Jakarta.

“We will manage the growth of the city so that it doesn’t wildly expand out of control,” he said.

The vision set out in glossy presentations for a $33 billion (26.9 billion pounds) city is inspired by the good management of Seoul, the greenness of Singapore and Washington’s separation of administration from business, he said.

Reuters reporters travelled more than 280 km (175 miles) across the designated area, the thinly populated forested region of North Penajam Paser and Kutai Kartanegara, between the existing cities of Balikpapan and Samarinda.

By identifying the site for the yet-to-be-named capital last week, President Joko Widodo – known as Jokowi – got closer than ever to realising a move now set to start in 2024.

“Our people are grateful, Alhamdulilah (praise be to God),” said Abdul Gafur Mas’ud, regent of North Penajam Paser. “This regency has been considered undeveloped.”

The congratulatory bouquets arrayed at his office are as bright as the mood in town since the decision.

Many residents spoke of their hopes for better schools and paved roads, for clean, piped water and reliable electricity.

But after initial celebrations, worries are also surfacing that land speculation will drive up prices, and over an influx of outsiders competing for jobs and over environmental destruction.

The potential for massive corruption is also not lost on Indonesians given experiences with new capitals everywhere from Brazil’s Brasilia to Myanmar’s Naypyidaw with its vast projects and still largely empty highways.

“Our people must prepare quickly,” said Awang Yacoub Luthman, secretary of the Kutai Kartanegara Ing Martadipura Sultanate, who has migration at the top of his list of worries.

East Kalimantan touts its openness to religions other than Islam as well as its welcome for outsiders. In fact, many residents are descendants of Javanese settlers who came to the coal mining and palm oil growing region in the 1970s.

But the new planned relocation is on a different scale.

That said, Bagus Susetyo, local chairman of the Real Estate Indonesia property association, told Reuters major property companies were not acquiring land because they had large land banks in nearby Balikpapan.

While some would gain from the rise in land prices, many Indonesians don’t own the land they live on.

Among them is Ipah, who is already resigned to losing her dwelling, protected against bad luck by two diamond-shaped charms woven from young coconut leaves.

“Mr Jokowi, can you give me free land, even just a square metre or a free house?” she asked.

It is not only human homes at risk.

There will be no building in protected forest and the government plans to reforest abandoned mines and illegal palm oil plantations, Planning Minister Brodjonegoro said.

He floated the idea of an orangutan conservation centre similar to one for giant pandas in the Chinese city of Chengdu.

The fate of the apes is particularly sensitive in Indonesia given that they have become symbols for campaigners targeting the world’s biggest palm oil industry over the destruction of forests for plantations.

Conservationists said they were far from convinced that there would be no spillover effects from moving the capital to East Kalimantan.

“The city centre might be located quite far away,” said Aldrianto Priadjati, an executive of the Borneo Orangutan Survival Foundation, which is based in Kutai Kartanegara.

“But the development will be everywhere, just like – sorry to say it – Jakarta.” 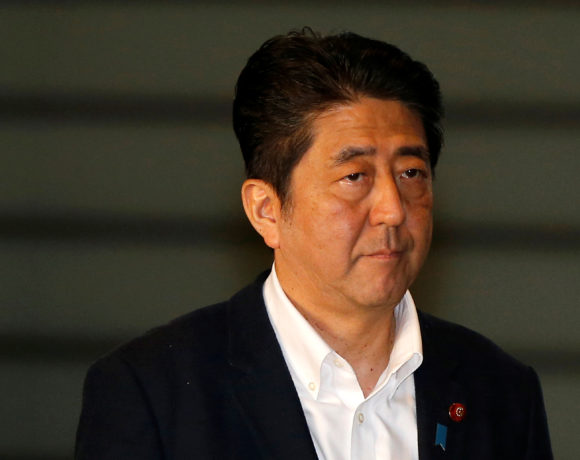 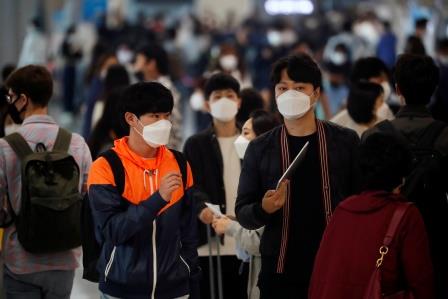 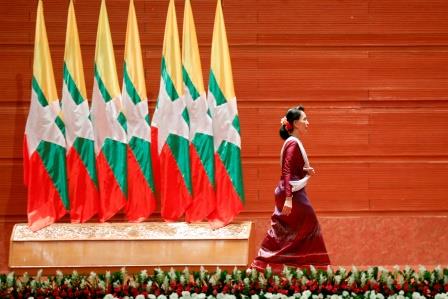