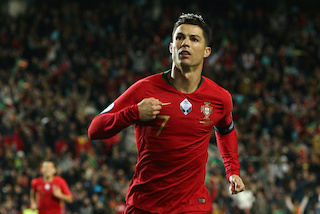 FARO, Portugal – Portugal captain Cristiano Ronaldo scored another treble, moving closer to 100 international goals, as he led the European champions to a 6-0 drubbing of Lithuania in a Euro 2020 qualifier on Thursday.

Ronaldo, whose hat-trick was the 55th of his career and ninth for Portugal, has 98 goals and could become only the second player to score a century for his country after Iran’s Ali Daei.

Pizzi, Goncalo Paciencia and Bernardo Silva shared the other goals in the one-sided Group B match.

The European champions, however, were left waiting to secure a place at the finals after Serbia beat Luxembourg 3-2.

Portugal are in second place with 14 points, one ahead of Serbia, and will qualify if they win in Luxembourg on Sunday. Leaders Ukraine have already qualified.

Ronaldo showed no sign of the knee problem which led to him being substituted in his last two games for Juventus — prompting an angry reaction on the second occasion — and could easily have reached a century of goals on Thursday.

Coach Fernando Santos declared that he never had any doubts about Portugal’s most-capped player.

“I asked him if he was okay to play, it was just a case of having a conversation with him,” he said. “I never had any doubts about his condition, it was other people who had them. Nothing surprises me about Cristiano.”

Ronaldo was quick off the mark, winning and converting a penalty in the seventh minute.

The 34-year-old got to the ball ahead of Saulius Mikoliunas, who clipped his heel, and sent his spot kick down the middle, hitting goalkeeper Ernestas Setkus’ foot on the way in.

Lithuania paid for more sloppiness 15 minutes later as they lost the ball in midfield and Paciencia slipped the ball quickly to Ronaldo who produced a wicked, dipping first-time shot which flew past the bemused Setkus from 25 metres.

He had another shot on the turn saved by Setkus and blasted over after bursting into the box before the break.

Pizzi, Paciencia and Silva scored in an 11-minute spell after halftime and Ronaldo sent two efforts agonisingly wide as the siege continued.

He completed his hat-trick from Silva’s pass in the 65th minute before Paciencia set him up nicely for a fourth but Ronaldo fired the easy chance over the bar. 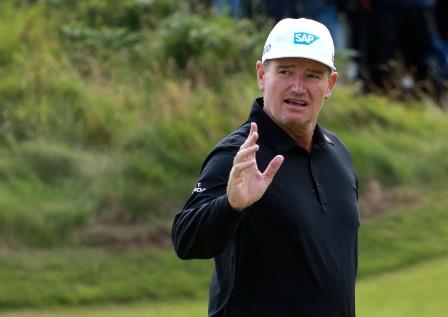 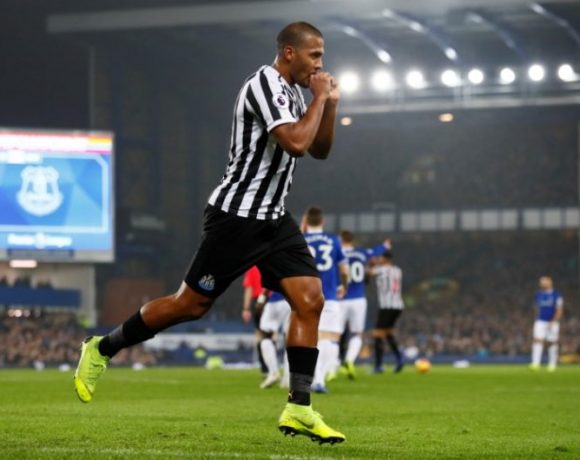 Newcastle hold on for rare point at Everton 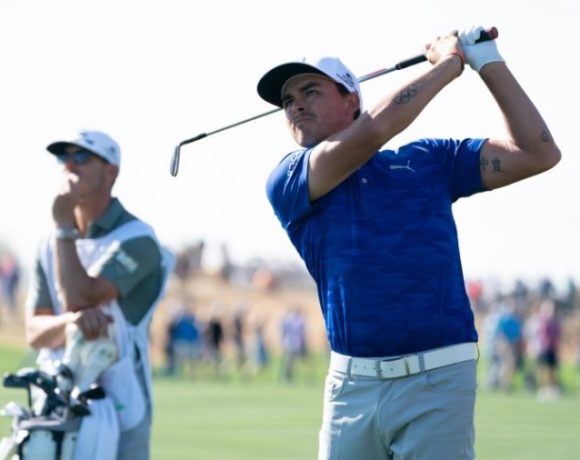 Golf – Phoenix leader Fowler cannot shake off Thomas, on or off the course