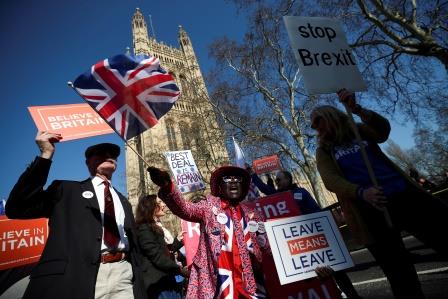 LONDON (Reuters) – The world’s press packed in a gallery in the British House of Commons neo-gothic debating chamber late on Tuesday, watching out for clues of the outcome of a vote that would shake markets and deepen the Brexit turmoil.

Parliamentary voting in the United Kingdom is an overwhelmingly analogue affair – with MPs traipsing down wood-panelled corridors and human tellers totting them up before, in this case, the announcement of another defeat for Prime Minister Theresa May.

Covering that voting, for Reuters and other journalists there, involves a mix of old-school observation with some of the fastest technologies available to transmit the text and visuals to trading floors and media organisations.

On Tuesday night, the reporters studied the positioning of the tellers to try and get an early lead on the result. Generally, the tellers from the winning side line up on the right as they face the Speaker – though this time they kept everyone guessing by swapping sides with seconds to go.

“Occasionally these tellers ‘entertain’ parliament by deliberately standing in the wrong spot and only switching to the right place at the last minute,” said Reuters reporter William James. “This makes life difficult for us”.

No laptops are allowed in the chamber, but mobile phone alerts and keyboard shortcuts quickly passed the results back to the newsroom where banks of reporters and editors were waiting to pump out alerts to trading desks and newsrooms. Competition is fierce and winning is measured in a matter of milliseconds.

Until Brexit, the world’s $5 trillion-a-day foreign exchange markets rarely bothered to take much notice of what happens in Britain’s 800-year-old Westminster assembly.

Once pitched as one of the reassuringly boring pillars of Western stability, Brexit has instead thrust the intrigues in parliament to the top of the global financial agenda, able to move the U.S. dollar, send tremors through stock markets and whip up yields on German bonds.

The news – transmitted to markets first by Reuters – that the United Kingdom voted out on June 23, 2016, triggered the biggest fall in sterling since the system of free-floating exchange rates was introduced in the early 1970s.

The chaos of Brexit and its impact on markets made it the most-read story globally for Thomson Reuters’ financial readers in 2018. Reuters routinely publishes 300 news alerts a day on Brexit, making it one of the world’s fastest-moving stories.

There were many more alerts on Tuesday, as the full implications sank in of the government defeat – which the prime minister met with the promise of yet another crunch parliamentary vote in less than 24 hours time. 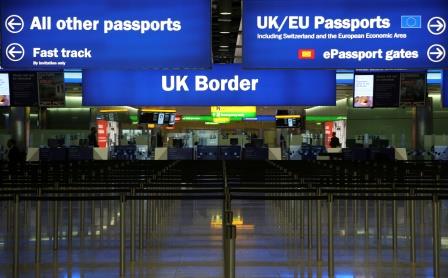 From archaeologists to vets, UK widens list of desired immigrants 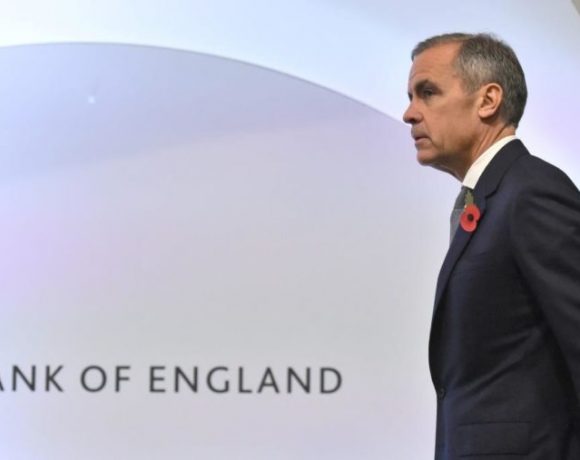 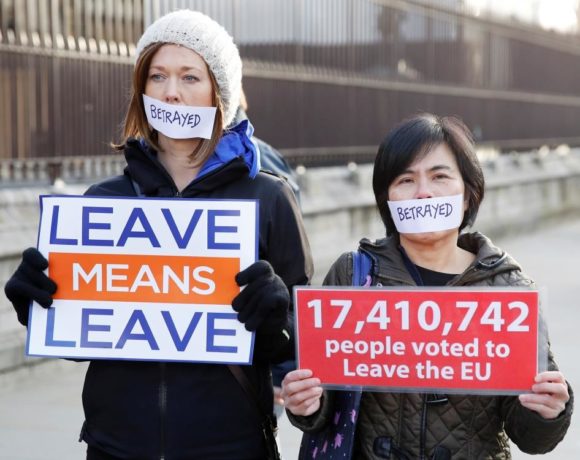 Explainer – Chaos, or keep calm and carry on: What happens now in the UK?