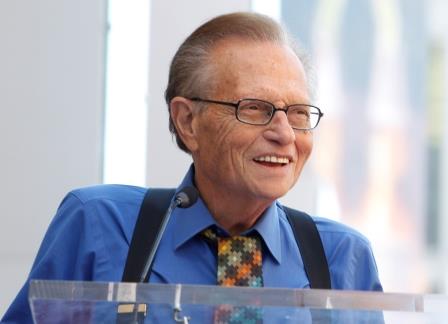 WASHINGTON (US) – Larry King, who quizzed thousands of world leaders, politicians and entertainers for CNN and other news outlets in a career spanning more than six decades, has died aged 87, his media company said in a statement on Saturday.

King had been hospitalised in Los Angeles with a COVID-19 infection, according to several media reports. He died at Cedars Sinai Medical Center, Ora Media, a television production company founded by King, said in a post on Twitter.

“For 63 years and across the platforms of radio, television and digital media, Larry’s many thousands of interviews, awards, and global acclaim stand as a testament to his unique and lasting talent as a broadcaster,” it said.

Millions watched King interview world leaders, entertainers and other celebrities on CNN’s “Larry King Live”, which ran from 1985 to 2010. Hunched over his desk in rolled-up shirt sleeves and owlish glasses, he made his show one of the network’s prime attractions with a mix of interviews, political discussions, current event debates and phone calls from viewers.

Even in his heyday, critics accused King of doing little pre-interview research and tossing softball questions to guests who were free to give unchallenged, self-promoting answers. He responded by conceding he did not do much research so that he could learn along with his viewers. Besides, King said, he never wanted to be perceived as a journalist.

“My duty, as I see it, is I’m a conduit,” King told the Hartford Courant in 2007. ““I ask the best questions I can. I listen to the answers. I try to follow up. And hopefully the audience makes a conclusion. I’m not there to make a conclusion. I’m not a soapbox talk-show host… So what I try to do is present someone in the best light.”

King never hid his old-fashioned proclivities and liked to reminisce about performers such as Frank Sinatra and Arthur Godfrey. In 2006 he admitted to a guest that he had never searched the internet, saying: ““What do you do – punch little buttons and things?”

But by 2012 King was on the internet himself with his “Larry King Now” show on Ora TV, and later Hulu’s streaming service. He also was a regular presence on Twitter, promoting his interviews and tossing out random thoughts – “I have no desire to eat an artichoke,” “My favorite flavor of Jell-O is lime” and “I love to say ‘sacre bleu!'” – in what was essentially an online version of the column he had once written for USA Today.

King was an established radio talk-show host when he made his first television broadcast for CNN from Washington on June 3, 1985, five years after Ted Turner started the network.

“”Larry King Live” would become one of CNN’s highest rated shows. He left CNN amid falling ratings in 2010 after 25 years with the news network, but stayed busy with his Ora TV show.

“I’ve known a lot of people who were experts in six or 12 things but Larry seems to be an expert in everything,” Don Hewitt, creator of “60 Minutes”, told the Hollywood Reporter. “He’s also never confrontational, which is majorly important. In an age when so many people are miserable, he seems to be one of the happy ones.”

King was born Lawrence Harvey Zeiger on Nov. 19, 1933, in the New York City borough of Brooklyn. He said at age 5 he knew he wanted to be on the radio and in 1957 he moved to Miami, which he had been told had a burgeoning radio market.

King started doing odd jobs at a Miami station and one day was asked to fill in for an announcer who walked off the job. Before he went on the air, the station manager urged him to change his last name to King because it was easier to pronounce and less ethnic than Zeiger.

King became a fixture in Miami but as his reputation grew, so did his troubles.

In 1971 he was arrested on a grand larceny complaint filed by Miami financier Lou Wolfson, who had been in trouble with the Securities and Exchange Commission. Wolfson allegedly paid King in hopes of gaining influence on the administration of then-U.S. President Richard Nixon.

The charge against King was dropped because the statute of limitations had expired, but the scandal knocked him off the air for some three years. He did public relations work for a Louisiana racetrack until station WIOD in Miami hired him.

King rebounded and the Mutual radio network gave him a nationwide audience in 1978. He relocated to Washington, a move that led to the CNN job.

He suffered a heart attack and had bypass surgery in 1987, prompting him to start the Larry King Cardiac Foundation a year later. He had surgery in 2007 to clear a blocked artery, was treated for prostate cancer in 2010 and said in 2017 that he had been treated for lung cancer.

King was married eight times to seven women, most recently to singer Shawn Southwick, who was 26 years younger. He had five children, two of whom died in 2020. 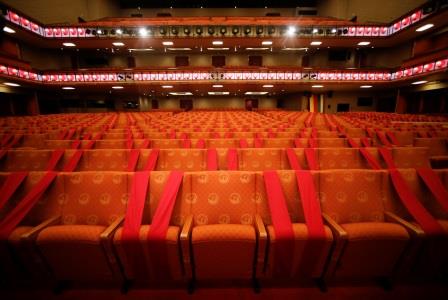 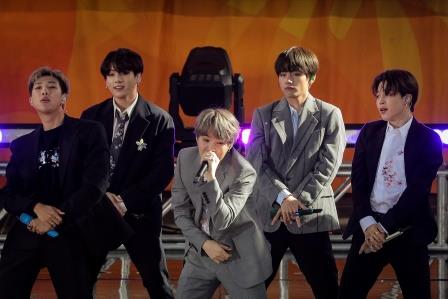 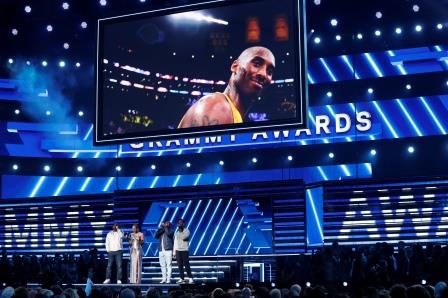