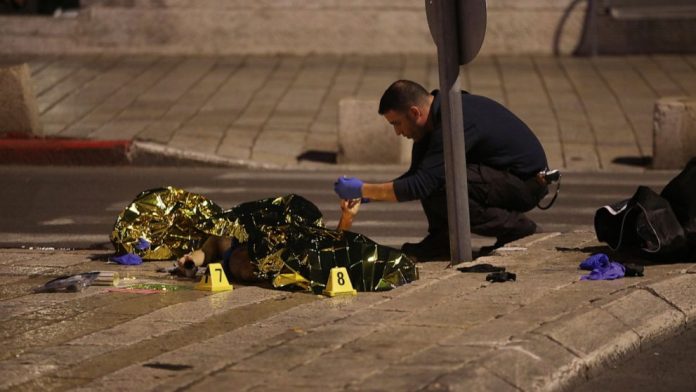 JERUSALEM — Israeli police shot a Palestinian after he stabbed and wounded an ultra-Orthodox Jew on Saturday near Damascus Gate just outside Jerusalem’s Old City, a tense and crowded area that is often the scene of demonstrations and clashes.

A widely circulated video shot by a bystander appeared to show an officer from Israel’s paramilitary Border Police shooting the attacker when he was already lying on the ground, and another appeared to show police with guns drawn preventing medics from reaching him, prompting calls for an investigation into possible excessive use of force.

The Magen David Adom emergency service said it treated an ultra-Orthodox man in his 20s who was stabbed in the area, saying he was in moderate to severe condition. It said the attacker “was shot down.” It was not immediately clear if the attacker was killed.

Israeli police released surveillance video in which the attacker can be seen stabbing the Jewish man and then trying to stab a police officer before being shot and falling to the ground. Police said they “neutralized” the attacker, and did not immediately respond to a request for clarification. They identified him as a 25-year-old from Salfit, in the occupied West Bank.

“The awareness and quick reactions by the police brought about the neutralization of the terrorist,” police said in a statement.

Large numbers of security forces were deployed to the area, where they briefly clashed with a crowd of young Palestinians before dispersing them with tear gas and stun grenades.

Damascus Gate was the epicenter of protests and clashes between Palestinians and Israeli police last spring, during the Muslim holy month of Ramadan. The unrest spread to other parts of the city, including a nearby holy site sacred to Jews and Muslims, eventually helping to ignite the 11-day Gaza war.

There have been dozens of attacks in recent years in and around the Old City, nearly all carried out by individual Palestinians with no known links to armed groups. The Islamic militant group Hamas, which rules Gaza, praised Saturday’s attack but did not take responsibility for it.

The latest attack came a little over a week after a Hamas militant opened fire in the Old City, killing an Israeli and wounding four others before being fatally shot by police. It was unclear if Hamas leaders had ordered the attack or if the man acted alone.

Prime Minister Naftali Bennett expressed support for the police after Saturday’s attack, saying they “acted quickly and with great determination, as expected from police in Israel, against a terrorist who tried to murder an Israeli citizen.”

But the video showing the assailant being shot while on the ground prompted calls for an investigation.

Esawi Frej, a left-wing Arab minister in Israel’s government, which includes factions from across the political spectrum, said the shooting should be investigated. “Assailants must be shot to save human life, not to have their own lives taken when they no longer pose a threat,” he tweeted.

Palestinians and Israeli rights groups say security forces sometimes use excessive force in response to attacks, killing suspected assailants who could have been arrested or who posed no immediate threat to security forces.

In one widely-publicized case, Israeli soldier Elor Azaria was caught on camera shooting a wounded Palestinian attacker who was lying on the ground. Azaria later served two-thirds of a 14-month sentence after being convicted of reckless manslaughter.

His case sharply divided Israelis. The military pushed for his prosecution, saying he violated its code of ethics, while many Israelis, particularly on the nationalist right, defended his actions.

In a more recent case, a Border Police officer was charged with reckless manslaughter in the deadly shooting of an autistic Palestinian man in Jerusalem’s Old City last year.

The indictment came just over a year after the shooting of Eyad Hallaq, whose family has criticized Israel’s investigation into the killing and called for much tougher charges. The shooting has drawn comparisons to the police killing of George Floyd in the United States.

Israel says its security forces make every effort to avoid harming civilians and that it investigates alleged abuses.

Rights groups say Israel rarely holds members of its security forces accountable for the deadly shootings of Palestinians. Investigations often end with no charges or lenient sentences, and in many cases witnesses are not even summoned for questioning. 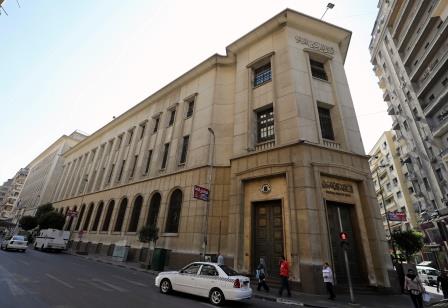 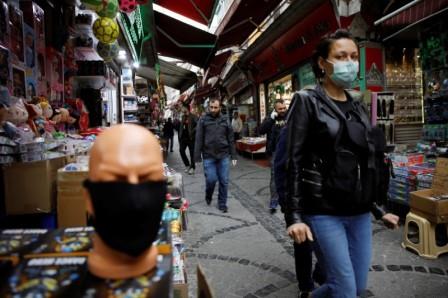 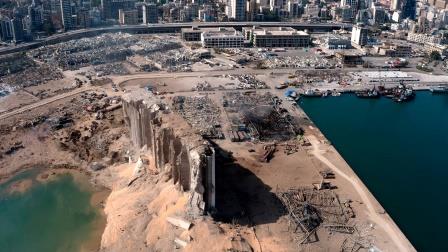