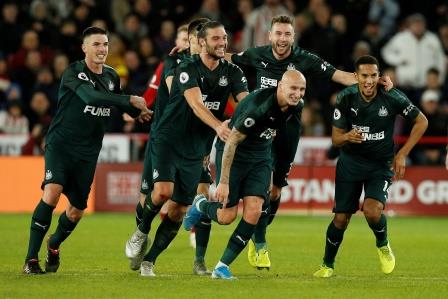 French forward Saint-Maximin fired the visitors ahead in the 15th minute with his first goal for the club and Shelvey scored in the 70th after Andy Carroll, who nodded the ball into his path, was given offside before VAR ruled the goal should stand.

The linesman had raised his flag and the home team’s defenders went with the on-pitch decision but Shelvey carried on and raced clear to steer the ball past goalkeeper Dean Henderson before the video review confirmed that Carroll was onside.

Sheffield United manager Chris Wilder was incensed with how the incident panned out.

“Everyone in the ground stopped,” he told the BBC. “Jonjo Shelvey even nonchalantly went up and took an opportunity. His body language said to me he had seen the linesman had put the flag up.

“The game has changed. This game now is completely different to what I experienced as a 16-year-old lad as an apprentice. I don’t know where it is going and it is sucking the life out of me and the supporters.

“We’ll get told it’s new, we’re all learning about it. I’m not sure I want to learn about it, I’m a bit fed up with it.”

While the controversy surrounding the goal is likely to stir up more debate on the use of VAR, the evening’s plaudits will go to Newcastle goalkeeper Martin Dubravka who pulled off a string of superb saves to keep the Blades at bay.

Saint-Maximin got on the end of Javier Manquillo’s cross against the run of play as Dubravka kept frustrating the home side, having denied Oliver McBurnie and Enda Stevens before he palmed away a ferocious Oliver Norwood free kick.

Dubravka tipped over a close-range McBurnie header and, with the home team’s onslaught fizzing out, Shelvey took advantage to confirm ninth-placed United’s first league defeat in eight games and lift Newcastle to 11th, also on 19 points from 15 games.

“Ultimately the right decision was made,” he said. “I have to say well done to the referee for not blowing his whistle and to Jonjo. They were told to keep going at the start of the season until they hear the whistle.

“We had to dig in, especially first-half, but our attitude was terrific again.” 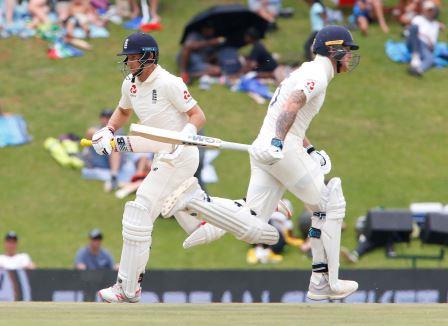 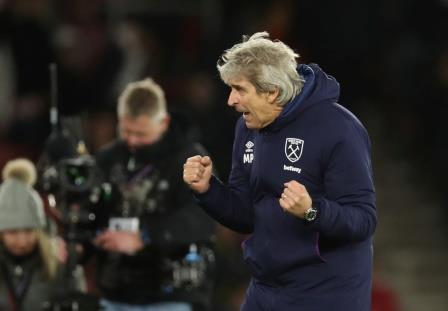 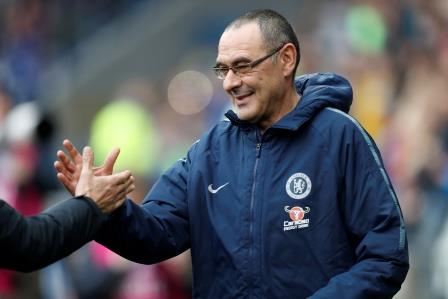 Sarri ‘getting used’ to Chelsea boo-boys after laboured win