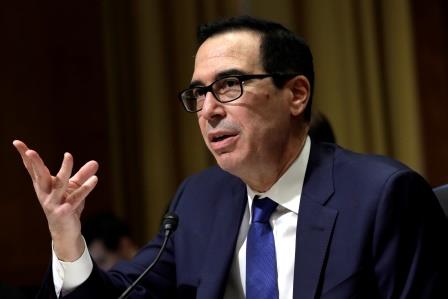 Blankfein, who was the chairman of Wall Street bank Goldman Sachs during the financial crisis, tweeted the criticism about Sanders as the U.S. senator from Vermont led the New Hampshire primary Tuesday night.

“Sanders is just as polarizing as Trump AND he’ll ruin our economy and doesn’t care about our military,” Blankfein wrote. He also alleged that Russia would be supporting Sanders.

Goldman, which Blankfein, a registered Democrat, led for 12 years, played a key role https://www.reuters.com/article/us-goldman-sachs-mbs-settlement-idUSKCN0X81TI in the subprime mortgage market collapse that caused the Great Recession.

Asked Wednesday if he agreed with Blankfein’s comment that a President Sanders would “ruin” the economy, Mnuchin, in comments to journalists after testifying in Congress, said, “I think Lloyd Blankfein couldn’t be more right on that.”

Mnuchin, a Republican, is a former Goldman Sachs banker who led the bank’s mortgage bond trading. He left the bank in 2002. Before becoming Treasury secretary, Mnuchin was the head of OneWest Bank, which foreclosed https://www.reuters.com/article/us-usa-congress-mnuchin/ex-goldman-banker-mnuchin-installed-as-treasury-secretary-idUSKBN15S0H0 on more than 36,000 homeowners after the financial crisis.

Sanders’ supporters were quick to point out Blankfein’s connection to the financial crisis. “This is what panic from the Wall Street elite looks and sounds like,” Faiz Shakir, Sanders’ campaign manager, responded on Twitter.

“Let me see, a billionaire executive on Wall Street doesn’t like me,” Sanders said on CNN Wednesday, when asked about Blankfein’s comments. “Hmm, I am shocked by that.”

Sanders and rival Democratic contender Senator Elizabeth Warren have made fixing the country’s wealth inequality a focus of their presidential campaigns.

Blankfein, who supported presidential candidate Hillary Clinton in the 2016 presidential race, has criticized the “wealth tax” proposal floated by Sanders and Warren. The policy would be “completely unworkable,” he said in November, because it would require annual assessments of the value of an individual’s estate.

With the presidential race just beginning, “To say that this one or that one is having an impact on the economy, it’s a little bit early,” Solomon said. 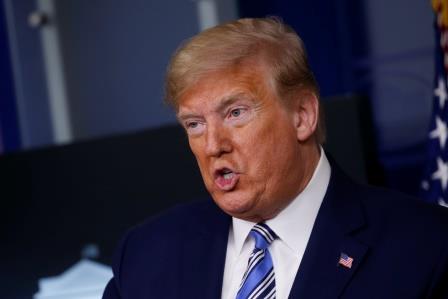 Trump reaching close to a deal on U.S. coronavirus stimulus with Democrats 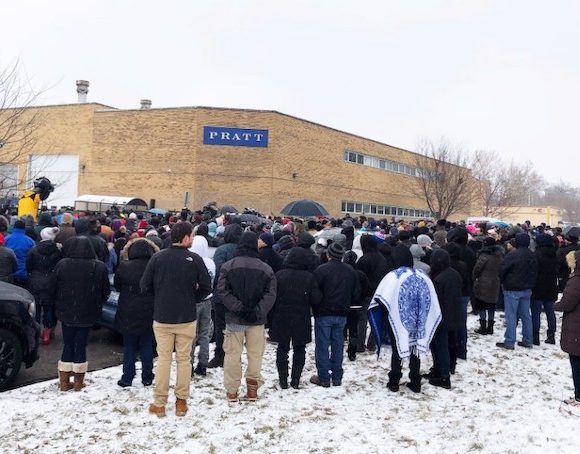 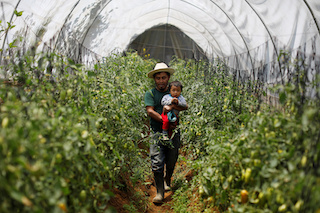