Microsoft's climate push to erase carbon footprint, past and future

Microsoft’s climate push to erase carbon footprint, past and future 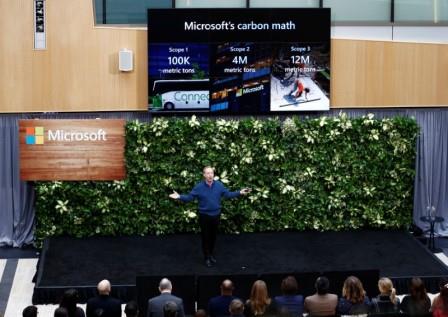 Microsoft Corp on Thursday set a new ambition among Fortune 500 companies in addressing climate change, pledging to remove as much carbon as it has emitted in its 45-year history.

The focus on clearing carbon from the atmosphere sets Microsoft’s climate goals apart from other corporate pledges which have focused on cutting ongoing emissions or preventing future ones.

“If the last decade has taught us anything, it’s that technology built without these principles can do more harm than good,” Chief Executive Satya Nadella said at a media event at Microsoft’s headquarters in Redmond, Washington.

“We must begin to offset the damaging effects of climate change,” he said, adding if global temperatures continue to rise unabated “the results will be devastating.”

The plan includes the creation of a “Climate Innovation Fund,” which will invest $1 billion over the next four years to speed up the development of carbon removal technology.

The announcement by the world’s largest software company reflects the rising profile of U.S. corporate action after President Donald Trump announced in 2017 his decision to pull the United States out of the Paris Agreement, the global pact to fight climate change.

Microsoft’s pledge to address its historical emissions may resonate with some developing nations which say countries that created the most carbon, and wealth in the process, are not taking responsibility for their past pollution.

“The scope and scale of this proposal is exactly the kind of bold action we need from the business community,” the pair, chairs of the bipartisan Senate Climate Solutions Caucus, said in a statement.

Microsoft plans to cut carbon emissions by more than half by 2030 across its supply chain, an effort requiring technology that does not fully exist, company President Brad Smith said.

He said Microsoft would widen the reach of a fee it has charged its business divisions to account for their carbon emissions.

Microsoft said it charges $15 per metric ton for core carbon emissions internally and will expand the coverage in phases to cover all emissions. Microsoft’s price is lower than that for carbon traded in California, where it was $17 per ton in the most recent auction, and the European Union, where it was estimated to trade at 26.57 euros, or $29.58, in the current quarter.

Co-founder Bill Gates was an early backer of British Columbia-based Carbon Engineering, among a handful of developers of direct air capture technology.

Microsoft “is at the helm of what could be a new movement towards negative emissions,” Elizabeth V. Sturcken of the Environmental Defense Fund, said in a statement, adding that the nonprofit advocacy group was eager for Microsoft to use its political influence as well.

Question remain about the technology that Microsoft is considering. Sue Reid, vice president of climate and energy at U.S. nonprofit Ceres, which works with companies on sustainability commitments, said the economics of direct air capture have yet to be worked out, and reforestation rates may not be fast enough to catch up with growing emissions.

“That math is all facing some new uncertainty and vulnerabilities tied to exacerbated climate change impact, (like there being) more wildfires,” she said.

But even as technology companies have stepped in with climate goal plans, they have faced employee criticism for doing too little.

Amazon.com Inc, the world’s largest online retailer, last year pledged to be “net zero carbon” by 2040 and to buy 100,000 electric delivery vans from a startup, after employee activists pushed the retailer to toughen its stance on climate change.

Microsoft plans to become net zero carbon a decade earlier than Amazon, although its emissions are roughly a third of Amazon’s.

Microsoft expects to release 16 million metric tons of carbon in 2020, including indirect emissions from activities like corporate travel.

Amazon, whose cloud business is bigger than Microsoft’s, delivers billions of packages as the largest internet retailer and owns grocer Whole Foods. It emitted more than 44 million metric tons of carbon in 2018, including indirect sources.

It was not immediately clear if the figures reported by the companies were exactly comparable.

Microsoft and Amazon have come under fire from activist tech workers who have demanded that they stop supplying technology to oil and gas companies because of the polluting nature of fossil-fuel extraction. Microsoft in 2017 announced a multi-year deal to sell cloud services to U.S. energy giant Chevron Corp.

Microsoft Workers 4 Good, which says it represents Microsoft employees aiming to hold the company to its stated values, lauded the climate plan but said “this goal is incompatible with contracts that aim to increase oil extraction, a process which we know is not sustainable.”

In a blog post, Microsoft on Thursday reiterated its commitment to working with oil and gas providers, saying it is “imperative that we enable energy companies to transition” to renewable energy and carbon-capture technologies.

Bill Weihl, former director of sustainability at Facebook Inc <FB.O>, said Microsoft does not take into account that its work with oil companies could outweigh the gains of measures Microsoft takes on its own carbon reduction.

“There is good stuff here,” Weihl said. “But the topline message, that this is urgent, is not matched by what they’re focusing on.” 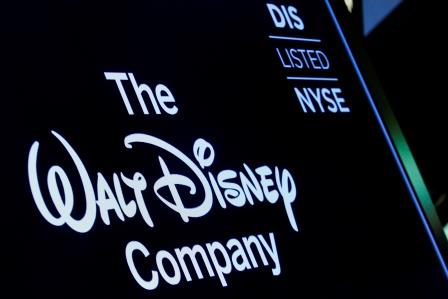 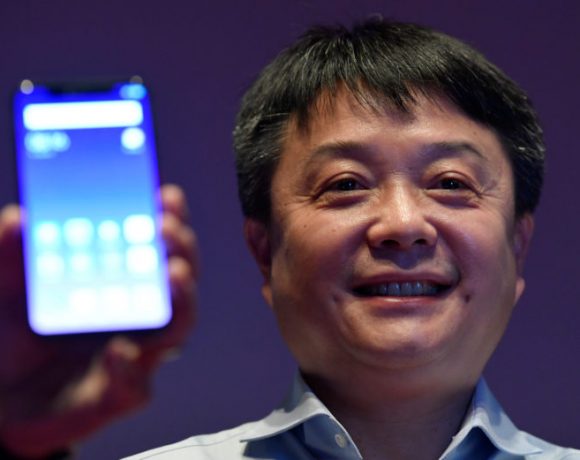 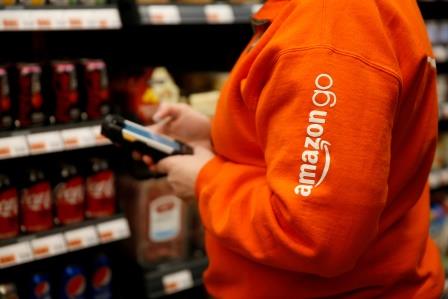