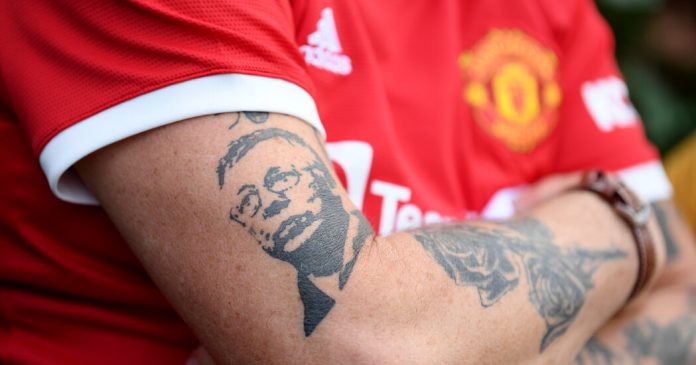 Old Trafford’s gangways were still packed with Liverpool fans, basking in the sight of their team’s sacking of the Theatre of Dreams last month, when Ole Gunnar Solskjaer, representing himself, made the case for the defense.

What he had just witnessed, he admitted, represented the “darkest day” of his three years in charge of Manchester United. But, he said, he would not — could not — countenance the idea of stepping down, of walking away. “We have come too far as a group and we are too close to give up now,” he said.

Leaving Old Trafford that day, the idea that Solskjaer might emerge unscathed seemed fanciful. He had become something worse than an object of pity: He had become a punchline. That night, United’s executives met to discuss how to react. Somehow, they came to the same conclusion as the man they had appointed: Now was not the time to turn back. Solskjaer survived.

There are several ways to explain Manchester United’s reluctance to accept the blindingly obvious, the mulish refusal of the self-styled biggest club in the world to recognize that its manager was way in over his head until it had not only been humiliated at home by Liverpool, but swatted aside with disdain by Manchester City and then humbled, plaintive and pathetic, by modest Watford.

One explanation — the easiest one, the Occam’s razor one — is cool, uncaring cynicism: United’s hierarchy appointed Solskjaer, initially temporarily and then on a series of ever-extending permanent contracts, and demurred from taking a decision that would effectively be an admission of error, and the club’s owners did not mind who was in charge as long as the money kept rolling in.

Another, far kinder version, would point to the curious sentimentality that seems to infect Manchester United: For an organization that behaves in almost every other sphere of its existence as a faceless corporate monolith, carving up and selling off its history to whoever will pay for a slice, United thinks with its heart, rather than its head, more often than might be expected.

That sentimentality was there in the rush to award Solskjaer a permanent contract after the uplift of his early caretaker months in 2018 and 2019, and again when the club extended his deal last summer after finishing a distant second to Manchester City in the Premier League.

Solskjaer is a former player — a club legend, as the fawning statement that announced his departure put it — and the romance that it might be him who restored the team to its place at the pinnacle seemed to be irresistible to those who employed him. Solskjaer was even permitted an exit interview, a chance to say goodbye on his own terms, with tears in his eyes.

Perhaps that should be standard practice: Managers, even ones who have lost heavily at Watford, are human, and should be treated as such. Certainly, the affection for Solskjaer among United fans made the interview entirely understandable. It is not, though, the move that most hard-nosed, unapologetically ruthless businesses would make.

But then United is not quite as hard-nosed as it might be, not all of the time. There will have been plenty within the club rubbing their hands with glee at the impact of Cristiano Ronaldo’s return last summer: his vast Instagram following, his army of devotees, his huge commercial profile.

It was not any of that, though, that persuaded Rio Ferdinand and Alex Ferguson and Patrice Evra to intercede when it looked as if Ronaldo might be about to join Manchester City. They helped make the case to Ed Woodward, the club’s central power broker, to intervene. Ronaldo’s talent played its part of course, as did the status he had acquired in all his years away, but so too did the allure of bringing home a prodigal son, the feeling that he was back where he belonged.

This is not, of course, the “best in class” behavior that United would like to think is its hallmark. It did not take any great depth of knowledge, even in advance, to wonder if this little jaunt down memory lane might come at the cost of United’s balance, that Ronaldo might relegate the club’s future — Mason Greenwood and Jadon Sancho, in particular — to the shadows.

It did not require any sort of tactical qualification to work out that Ronaldo, Bruno Fernandes and Paul Pogba, as well as the rest of United’s glittering array of attacking talent, cannot be easily subsumed into a cogent system. No searing insight was required to see that the money might have been rather better spent on a defensive midfielder. After all, even Solskjaer knew that.

But then that is the grand irony of the modern Manchester United, the one that sits at the heart of the third, and perhaps most compelling, explanation for how the Solskjaer experiment lasted this long — through the loss to City and the collapse against Liverpool and the defeat in last season’s Europa League final and the 6-1 loss at home to Tottenham and the 4-0 mauling by Everton and all of the other bright, burning red flags.

This is a club that, for 20 years, did nothing but win. There is a banner at Old Trafford that sets out just how central ultimate victory is to this club: images in silhouette of every trophy available to an English soccer team surrounding the slogan “We’ve Won It All.” Most of them were accrued between 1991 and 2013, when Ferguson turned Old Trafford into a monument to his own greatness.

That is the standard that Manchester United’s current and future iterations must match; that is the measure by which they have failed, again and again, in the eight years since Ferguson stood on the field at Old Trafford, an emperor believing the sun would never set, and assured the fans that the good times would never end.

And yet, for all that winning, there is precious little indication that anyone at Old Trafford understands quite how it happened. Solskjaer spoke often about restoring United’s traditions, but what they were was never made especially clear.

In that, he joins a long and not especially proud list of Ferguson’s alumni to have tried to follow in their mentor’s footsteps and have failed. United had plenty of players during Ferguson’s tenure who looked cut out for management: the calm authority of Steve Bruce, the inspiring anger of Roy Keane, the fierce intelligence of Gary Neville, his brother Phil.

None has lived up to the billing. Ferguson’s former assistants have fared a little better — Steve McLaren and Carlos Queiroz, in particular — but there is little evidence of a Ferguson school.

It is not a unique phenomenon — Liverpool’s dynasty of the 1970s and ’80s did not produce a string of managerial titans, either — but it is, in the context of United’s failures since its totemic figure departed, noteworthy.

In retirement, Ferguson has built a lucrative cottage industry in books on management and leadership. It is not to disparage his genius or his legacy to suggest that he did not pass those lessons on to those around him contemporaneously. Few of his former players absorbed them effectively, and, according to all available evidence, none of his theoretical superiors did. Ferguson does not seem to have left behind anyone at Old Trafford who truly understood the inner workings of his winning machine, who could reverse engineer his brilliance.

It is easy to drift into meaningless jargon when listing all of the things required for success in modern soccer: a clear vision, a defined philosophy, a coherent structure. At times, their importance is overblown; Real Madrid won three Champions League titles in a row because it had the best players, after all. But whether they come by accident or design, most elite teams possess them. Manchester United does not.

Perhaps that is why the club’s executives could believe Solskjaer when he said that, in the face of all that had happened against Liverpool, the club was “too close to give up now.” It was not clear what United was supposed to be close to, a few minutes after the yawning chasm between Solskjaer’s team and its greatest rival had been laid brutally and surgically bare.

But how were the people charged with deciding whether he kept his job or not to know if he was right? They know that Manchester United ought to be great, because it was great under Ferguson, but they do not know how Ferguson made that greatness happen, so they have no way of measuring the club’s current proximity to it.

Instead, they fell back on the solitary lesson that the club does seem to have learned from Ferguson: that success lies in the gift of a single great individual, and that all it needs to do to be restored to its perch is to find that person. They hoped, with all of their hearts, that might be Solskjaer. It was not. And so now they will set out on their search again, hoping to get close once more, even as they drift further and further away. 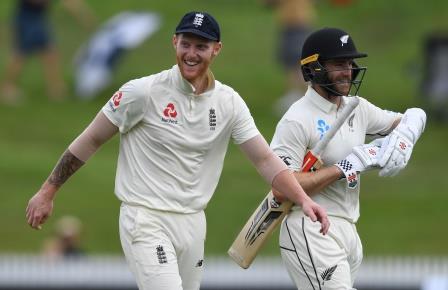 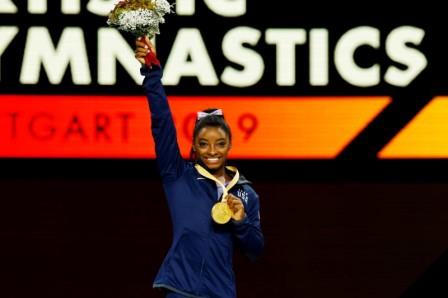 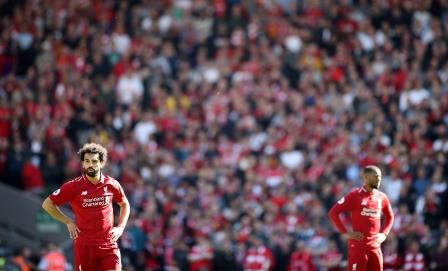 Liverpool beat Wolves but lose out on title to Manchester City