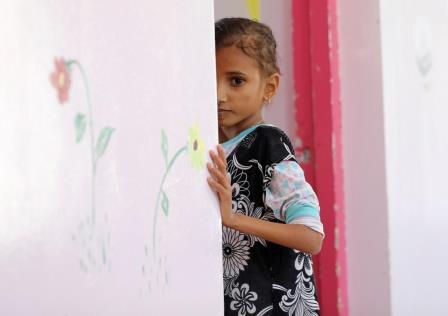 SANAA/NEW YORK (YEMEN/US) – Ahmadiya Juaidi’s eyes are wide and they reflect joy as she drinks a nutrition shake from a large orange mug. Her hair is pulled back and around her neck is a silver necklace with a heart and the letter A.

Just a few weeks ago, the 13-year-old barely weighed 9 kilos when she was admitted to al-Sabeen hospital in Sanaa with malnutrition, which has been plaguing the child for the past four years. Now she is improving and weighs 15 kilograms.

“I am afraid when we go back to the countryside her condition will deteriorate again due to lack of nutritional food. We have no income,” her older brother, Muhammad Abdo Taher Shami said.

They are among some 16 million Yemenis – more than half the population of the Arabian Peninsula country – that the United Nations says are going hungry. Of those, five million are on the brink of famine, UN aid chief Mark Lowcock warns.

On Monday the United Nations hopes to raise some $3.85 billion at a virtual pledging event to avert what Lowcock says would be a large-scale “man-made” famine, the worst the world will have seen for decades.

More than six years of war in Yemen – widely seen as a proxy conflict between Saudi Arabia and Iran – have sent the impoverished country spiraling into what the United Nations describes as the world’s largest humanitarian crisis.

Some 80% of Yemenis need help, with 400,000 children under the age of five severely malnourished, according toUN data. For much of its food, the country relies on imports that have been badly disrupted over the years by all warring parties.

“Before the war Yemen was a poor country with a malnutrition problem, but it was one which had a functioning economy, a government that provided services to quite a lot of its people, a national infrastructure and an export base,” Lowcock told reporters. “The war has largely destroyed all of that.”

“In the modern world famines are basically about people having no income and then other people blocking efforts to help them. That’s basically what we’ve got in Yemen,” he added.

A Saudi Arabia-led military coalition intervened in Yemen in 2015 after the Iran-allied Houthi group ousted the country’s government from Sanaa. The Houthis say they are fighting a corrupt system. The people’s suffering has been worsened by an economic and currency collapse, and by the COVID-19 pandemic.

UN officials are trying to revive peace talks, and new US President Joe Biden has said Yemen is a priority, declaring a halt to US support for the Saudi-led military campaign and demanding the war “has to end.”

Twelve aid groups, including Oxfam, Save the Children and Care International, have warned that 2.3 million children under the age of five in Yemen will go hungry this year if governments do not step up their funding on Monday.

Muhsin Siddiquey, Oxfam’s country director in Yemen, recounted a conversation with an 18-year-old woman, displaced by the conflict and living in a camp in northern Yemen.

“She said that the coronavirus pandemic gives us two cruel choices: either we stay home and we die from hunger, or we go out and then die from the disease,” Siddiquey said.

Official figures vastly underestimate the spread of COVID-19 in Yemen, according to the United Nations and aid agencies.

In 2018 and 2019, the United Nations prevented famine due to a well-funded aid appeal, which included large donations from Saudi Arabia, the United Arab Emirates and Kuwait.

In 2020 the United Nations only received just over half the $3.4 billion it needed, which Lowcock said was largely due to smaller contributions from Gulf countries. He urged them to pledge generously for 2021 and pay quickly.

The United Arab Emirates said on Friday it would pledge $230 million for 2021. 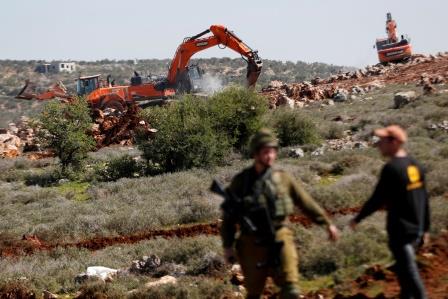 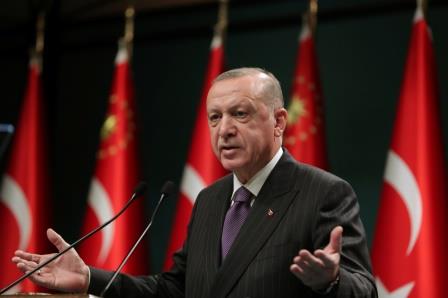 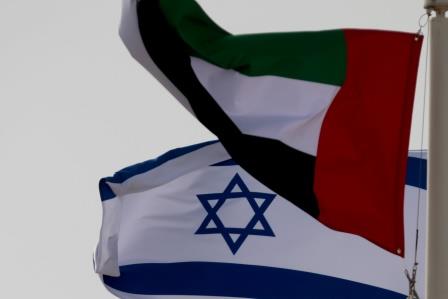