Liverpool advance to last 16 with 2-0 win in Salzburg 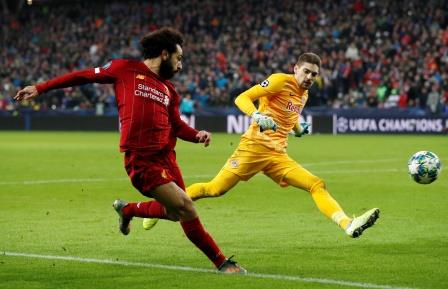 Liverpool moved into the last 16 of the Champions League with a 2-0 victory over Salzburg on Tuesday as a potentially tricky encounter turned into a second-half cruise with quickfire goals from Naby Keita and Mohamed Salah.

Juergen Klopp’s side needed a point in Austria to be sure of qualification and after missing several good chances in the first half, they ended up with a comfortable win which should have been by a more convincing margin.

Two goals inside two second-half minutes from Keita and Salah, with the Egyptian finding the net with an exquisite finish from a tight angle, helped Liverpool finish top of Group E with 13 points.

That was one point ahead of Napoli, who beat Genk 4-0, while Salzburg, who finished third with seven points, will continue in the Europa League.

“It was a tough game but we were there – that’s what I love from my team. Salzburg did so many smart things, but we had the big chances. It was a very intense game. In the second half they obviously couldn’t cope with that intensity,” said Klopp.

Although the away defeat and home draw with Carlo Ancelotti’s Napoli had left Liverpool on edge going into the final round of games, their superior quality showed in the end.

With much at stake for two attacking sides, the game began in a frantic and open fashion and Liverpool keeper Alisson Becker had to be alert in the seventh minute to keep out a close-range effort from South Korean Hwang Hee-chan after good work from the lively Japanese forward Takumi Minamino.

Mane missed a good opportunity, curling wide from the edge of the box and then brought Salzburg keeper Cican Stankovic into action with a diagonal drive.

Highly-rated Norwegian striker Erling Haaland, who has been linked with a move to Manchester United, failed to make the most of space inside the box and his low shot was easily dealt with by the Liverpool keeper.

The biggest chance of the half came in the 29th minute when Keita put in Salah, but unmarked and inside the box, the Egyptian’s shot was badly off target.

The 19-year-old Haaland missed another opportunity, six minutes after the interval, but Liverpool were beginning to get a grip on midfield and dictate the tempo.

The runaway Premier League leaders settled their nerves when Keita headed them in front, against his former club, in the 57th minute.

Andy Robertson fed Mane who burst down the left past Jerome Onguene and he rounded Salzburg keeper Cican Stankovic, who had rushed out of his area, before lofting a cross into the box which was firmly headed home by Keita.

A minute later, Stankovic’s readiness to leave his area was behind the second goal, as Salah, wide on the right, pushed the ball around him and then impressively slotted home from the tightest possible angle.

Liverpool were in firm control from then on and wasted several chances to add to their total with Salah and Mane both missing opportunities.

Salzburg will take some comfort from their enterprising first-half performance and their overall displays in the group stage, which earned praise from Klopp.

“I couldn’t have more respect for what Salzburg are doing. When you see how good they were in the first game, against Napoli and against Genk. We could have come here as reigning champions and misunderstood the situation, but I love how smart we were against them,” he said. 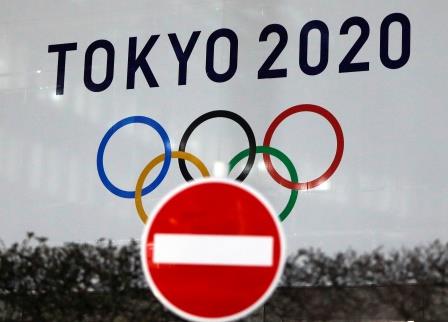 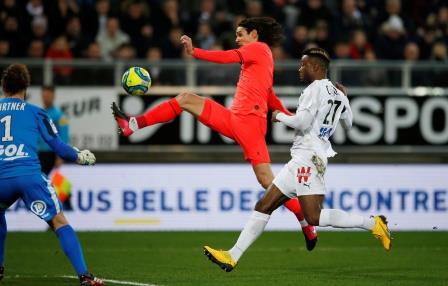 PSG held to 4-4 draw at Amiens after remarkable comeback 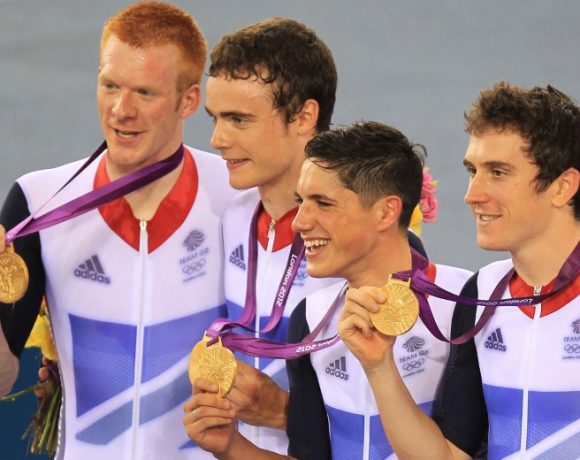