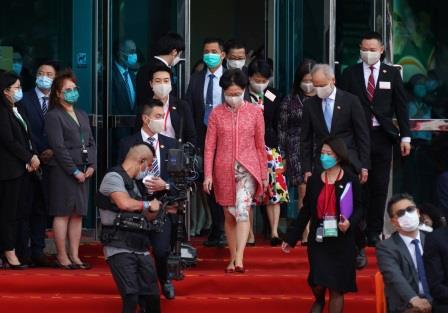 Protesters wanted to take out a rally seeking the demand of the 12 city residents detained in the mainland and denounce the imposition of the national security law by Beijing.

Along with senior city as well as mainland officials, Lam attended a flag raising ceremony in a centre for exhibitions surrounded by police and security barriers.

“Over the past three months, the plain truth is, and it is obvious to see, that stability has been restored to society while national security has been safeguarded, and our people can continue to enjoy their basic rights and freedoms,” she said.

While Lam was addressing the event, police were conducting stop-and-search operations along a route where protesters were expected to take out a rally.

Streets were crammed with police in riot gear and reporters at 2.00 pm when the rally was supposed to start. However there were not much crowds.

Those who looked suspicious were forced to return by policemen, including one teenager playing protest tunes, a man dressed in black holding a yellow balloon, colours which are linked with pro-democracy supporters, and a woman holding a copy of the anti-government publication Apple Daily.

“Hong Kong people have been sad and disappointed for a year. This is meant to be a holiday and the streets are full of police,” said a resident Mandy, 52, who was shopping with her husband.

“People are in no mood to celebrate. The government is using the national security laws and the pandemic to suppress our hearts.” 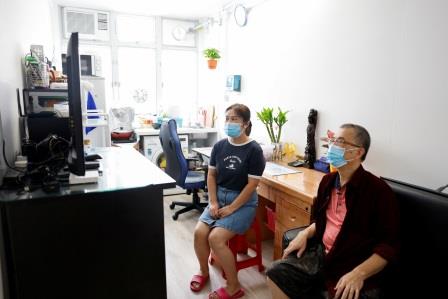 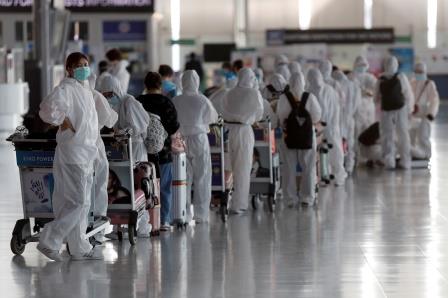 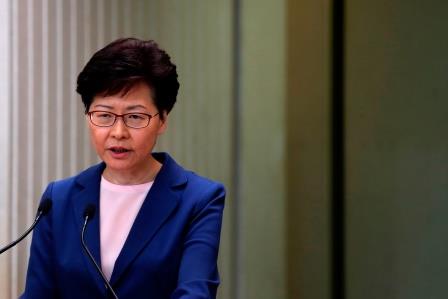