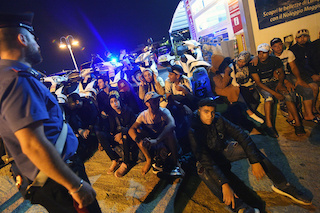 MILAN (Reuters) – A war of words broke out between Germany and Italy on Sunday over the German captain of a rescue ship, who defied a docking ban enforced by Rome to bring migrants ashore.

Italy’s Deputy Prime Minister Matteo Salvini angrily dismissed a German call not to treat the captain as a criminal.

After spending two weeks in international waters with dozens of rescued African migrants, Carola Rackete, 31, was arrested on Saturday when the Sea-Watch 3 ship docked at the island port of Lampedusa without permission.

She had already been placed under investigation on suspicion of aiding people-smugglers under laws introduced by Salvini to deter non-government rescue ships.

Salvini, leader of the ruling right-wing League party, has taken a hard stance on immigration, closing off Italian ports and accusing fellow European countries of leaving Italy alone to deal with sea arrivals.

The Sea-Watch 3 case rekindled tensions with both France and Germany.

“We kindly ask the German president to worry about what happens in Germany and if possible ask its citizens not to break Italian laws,” Salvini said in response to German President Frank Walter Steinmeier.

The Italian government blames Rackete for endangering the lives of four policemen who were aboard a patrol boat that ended up squeezed against the quay as the Sea-Watch 3 approached, before managing to free itself.

Salvini has called it “a criminal act, an act of war”.

A lawyer for Rackete told Reuters she had immediately switched off her engines when she realised the Sea-Watch 3 might have got too close to the patrol boat.

“She is very sorry to have a created a situation of danger and fright among tax police officials. It was a difficult manoeuvre but she always felt she was conducting it in a safe way … she had been approaching extremely slowly,” lawyer Alessandro Gamberini said in a telephone interview.

Arriving in Brussels for a summit of EU leaders, Italy’s Prime Minister Giuseppe Conte accused Rackete of “political blackmail” before a bilateral meeting with German Chancellor Angela Merkel, which he said would not touch upon the issue. However, Conte said he may discuss with Merkel how Berlin has applied an Italian ruling that three years ago convicted ThyssenKrupp executives for manslaughter after seven employees were killed in a 2007 fire at a Turin plant.

The clash with Berlin compounds tensions with France, with Salvini inviting two rescue ships currently in the Mediterranean to head to a French port after French Interior Minister Christophe Castaner criticised Italy’s approach.

A Spanish NGO boat on Sunday said it had rescued 40 immigrants and was heading towards Lampedusa.

“I wouldn’t want someone to start again with the same boring ritual at the expense of migrants. Since France is willing, they should know they can head to Marseilles or Corsica,” Salvini told Sky TG24 television.

“I COULD BE DEAD NOW”

The interior ministry said the 41 migrants who disembarked the Sea-Watch 3, run by the German charity Sea-Watch, were “fed and spent a quiet night … so it’s unclear why the NGO needed to dock without authorisation”.

But Sea-Watch spokeswoman Giorgia Linardi said Rackete had felt she could no longer keep the migrants on the ship as suicide threats were forcing its crew to keep a constant watch.

Salvini said the Lampedusa arrivals would be divided up between France, Germany, Luxembourg, Finland and Portugal.

“A magistrate has 48 hours to decide if the lady in charge of the ship that tried to squash four policemen like sardines deserves to remain in jail or not,” Salvini added.

“If she is released, we have an expulsion order ready.” 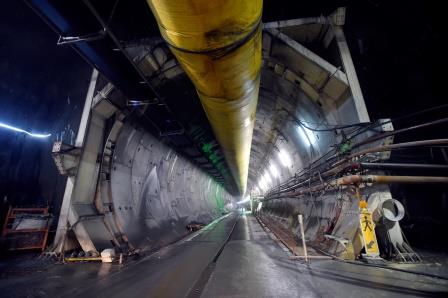 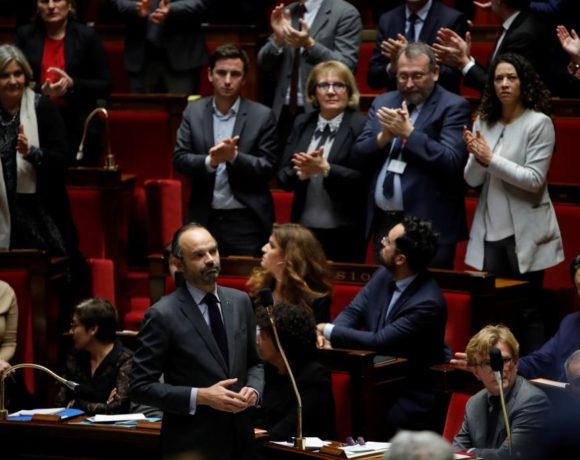 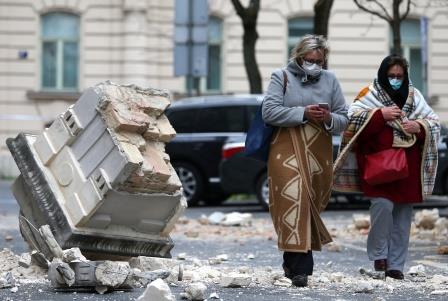