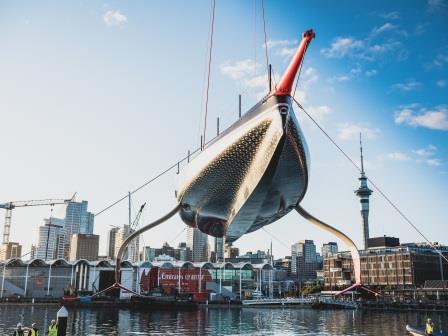 Named Britannia, the British AC75 foiling monohull had a bustle keel, making it different from their first generation boat.

The new feature is meant to reduce resistance from waves and help lift the vessel out of the water and reduce air resistance when it is foiling.

“It looks like a rocket, let’s hope it sails like one too,” said skipper Ben Ainslie during the launch.

“We have got to push the boundaries and I think with this boat we have pushed it pretty … hard.

“I don’t think we have left much on the table and the whole team share that philosophy, that we have got to go for it if we are going to win this thing.”

On Friday American Magic launched their Patriot, but the New York Yacht Club syndicate developed some issues during the first trials on Auckland’s Hauraki Gulf.

Video footage revealed that the vessel almost capsized as it attempted a gybe in 20 knots before it slammed back into the water and stopped suddenly.

“We had a great nosedive, and that was exciting,” said captain Terry Hutchinson. “It was nothing that we haven’t seen or done on our other boats.”

Italy’s Luna Rossa are due to launch their second generation yacht on Tuesday. They have just two months for trials before the race involving holders Team New Zealand in December.

The challenger series will then runs from Jan. 15 to Feb. 22, 2021, before the America’s Cup match against Team New Zealand on March 6. 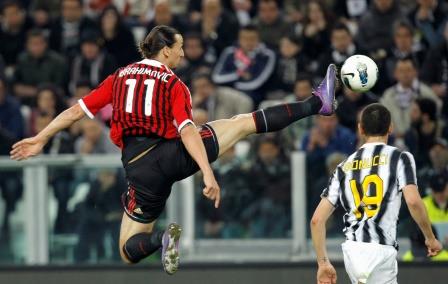 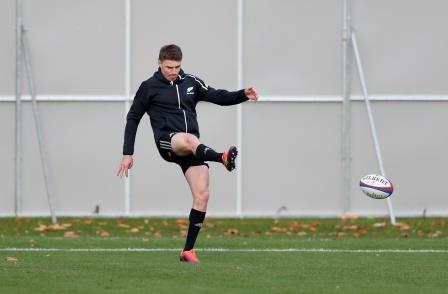 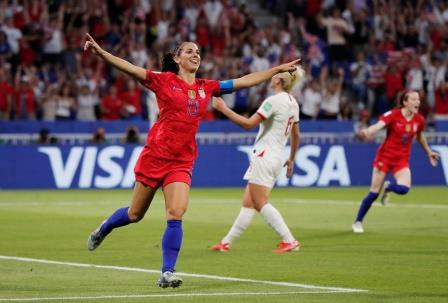