India eases some curbs in Kashmir, including fixed line phone use - British Herald

India eases some curbs in Kashmir, including fixed line phone use 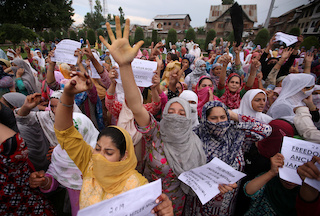 SRINAGAR, India – Indian authorities eased restrictions on movement and restored landline telephone links in some parts of Kashmir on Saturday, the biggest relaxation in a crippling lockdown since New Delhi announced it was removing the region’s special status on Aug. 5.

The moves came even as there were celebrations and protests by Kashmiris opposed to the Indian policy in Srinagar on Friday night. The celebrations were to mark the first United Nations Security Council meeting about the Kashmir issue for about five decades.

Two police officials and a series of eyewitnesses told Reuters that demonstrations and celebrations took place in various parts of the city. However, the number of incidents of local residents pelting security forces with stones were low compared with recent days, said a security official who toured Srinagar in the morning.

A witness said that hundreds marched in the Rajouri Kadal area of Srinagar and they also let off some fire crackers. They shouted pro-Pakistani and anti-India slogans during the celebrations, two witnesses said.

For the first time since the Indian government announced that it was revoking Jammu and Kashmir state’s rights to set some of its own laws, police vans didn’t announce imposition of a virtual curfew in Srinagar. The authorities deny there has been a curfew in the past two weeks but on many occasions people have been ordered to stay indoors.

India has battled a 30-year revolt in the part of Kashmir it controls in which at least 50,000 people have been killed. Critics say the decision to revoke the region’s autonomy will cause further alienation and fuel the armed resistance.

The change will allow non-residents to buy property in Jammu and Kashmir state and end the practice of reserving state government jobs for local residents.

Prime Minister Narendra Modi’s government has said the revocation of Kashmir’s special status was necessary to ensure its full integration into India and speed up development.

India’s move has raised tensions on the heavily militarised border of Kashmir between India and Pakistan and Islamabad said three Pakistani soldiers were killed in cross-border firing this week. Both countries claim all of Kashmir.

While Pakistan has sought to internationalize the issue, India says the territorial dispute must be resolved bilaterally and calls the situation on its side of the border an internal affair.

Even so, the U.N. Security Council met behind closed doors at the request of China and Pakistan to discuss the issue.

India’s U.N. Ambassador Syed Akbaruddin said the decision over Kashmir’s status was an internal matter and that the country was committed to ensuring the situation remained “calm and peaceful”.

China proposed that the Security Council issue a statement on the situation in Kashmir, but diplomats said the United States, France and Germany objected, in a victory for India. Such statements are agreed by consensus.

The Jammu and Kashmir government said that restrictions had been lifted by 35 of the 100 or so police stations across the Kashmir valley, though it wasn’t immediately clear what this meant.

It said that most of the telephone exchanges for fixed-line phones will be working by Sunday night. In the Jammu area, which is mainly Hindu, mobile services have been restored in some districts.

Despite the relaxation, the situation is still far from normal in Kashmir.

There is still a lockdown in much of the region, including in some parts of Srinagar and in sensitive major towns, two Reuters witnesses said. There is also no clear indication about when internet and cell phone links will be restored across the region.

Meanwhile, more than 500 political or community leaders and activists remain in detention, some of them having been flown to prisons outside the state.

Some private vehicles were out on major roads in Srinagar on Saturday but the city’s old quarter, long a centre for protests, was deserted, witnesses said. Shops, even grocery stores, remained closed in that area.

The landlines have been restored in some wealthier areas of Srinagar, and in a district near the airport. 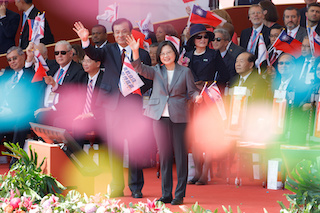 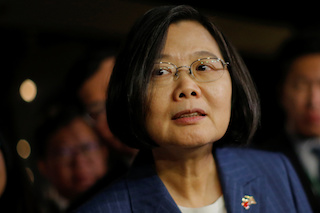 Taiwan president travels to Haiti to bolster relations in the region 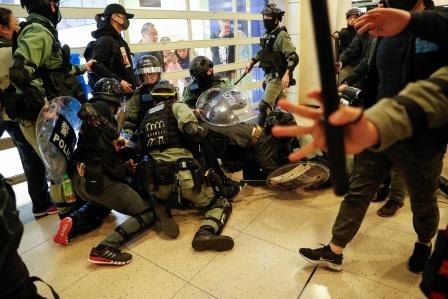