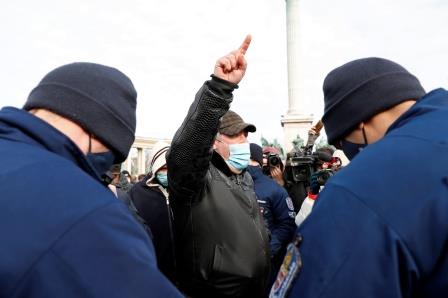 BUDAPEST (HUNGARY) – Restaurant workers were among hundreds of people protesting against coronavirus lockdown measures on Sunday in Budapest, and at least 100 restaurants planned to re-open even as the government threatened them with heavy fines.

Prime Minister Viktor Orban’s government has said it could only start easing the measures if the number of coronavirus cases falls sharply, or if large numbers of Hungarians are inoculated.

Hungary became first in the EU this week to sign a deal for Russia’s Sputnik V COVID vaccine and Chinese Sinopharm’s vaccine.

Current lockdown measures include a night curfew and closing secondary schools, and all restaurants and cafes, except for takeaway meals.

“We have had enough of the mass destruction of businesses,” the organisers of the rally said on Facebook.

Hungary, with a population of around 10 million, had reported a total of 367,586 cases as of Sunday and 12,524 deaths. New infections have been dropping but over 3,500 people are still in hospital.

The protesters wore masks but defied rules that ban public gathering, so police started asking for documents on the scene.

Organisers said that well over 100 restaurants across Hungary had joined a campaign to reopen on Monday, even as the government sharply raised fines by decree on Saturday. Restaurants that receive guests now face fines of between 1 million forints to 5 million forints ($16,990), and could be forced to close for 6 months.

Orban said on state radio on Friday that “people could die if we do not bear with the restrictions for a few more weeks … It is not a solution if people go out and violate the rules.” 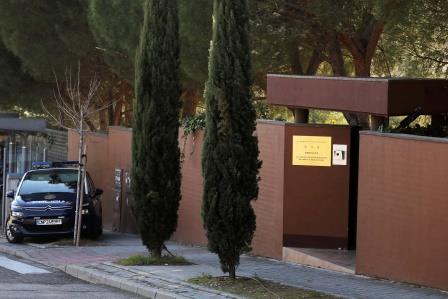 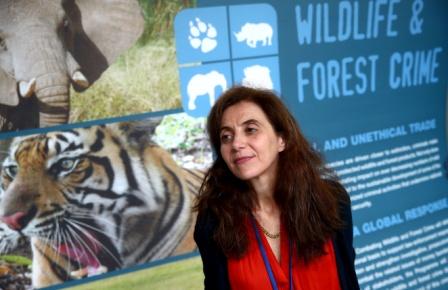 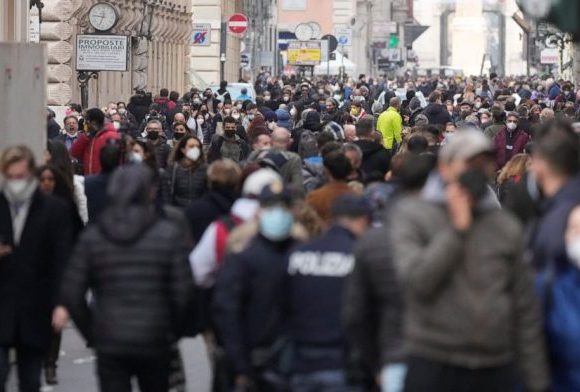