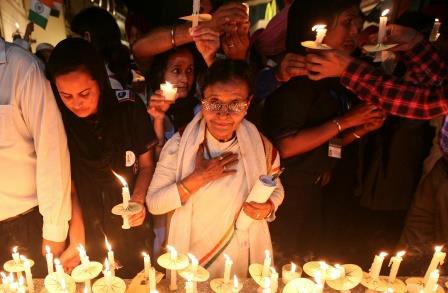 NEW DELHI (Reuters) – Hundreds of people holding candles and the national flag marched through the northern Indian city of Amritsar on Friday, on the eve of the centenary of the colonial-era Jallianwala Bagh massacre that British Prime Minister Theresa May has called a “shameful scar.”

On April 13, 1919, some 50 British Indian army soldiers began shooting at unarmed civilians who were taking part in a peaceful protest against oppressive laws enforced in the Punjab region.

At least 379 Sikhs were killed, according to the official record, although local residents said in the past the toll was far higher. The massacre took place in the walled enclosure of Jallianwala Bagh, which is still pocked with bullet marks.

The massacre became a symbol of colonial cruelty and for decades Indians have demanded an apology from Britain, including during Queen Elizabeth’s visit to Amritsar in 1997.

On Wednesday, May told the British parliament that “the tragedy of Jallianwala Bagh in 1919 is a shameful scar on British Indian history”, but she did not issue a formal apology.

In 2013, then British Prime Minister David Cameron described the killings as a “deeply shameful event” in a visitor book at the site, now marked by a 46-foot (14-metre) high flame-shaped memorial.

“There are events in the histories of nations which are difficult to forget and they hold a very emotionally charged space in a nation’s memory,” Navtej Sarna, a Sikh who has served as India’s High Commissioner to the United Kingdom, told Reuters.

“We have an excellent relationship with the United Kingdom today but it’s a question of assuaging sentiments and healing a wound which has been festering as part of our shared history.” India gained independence from Britain in 1947.

Security in the city – also home to Sikhism’s holiest shrine the Golden Temple – has been stepped up as hundreds of visitors and groups are likely to arrive at the site, Amritsar Police Commissioner S.S. Srivastava said.

Residents of the city, tourists, visitors, top government officials and students took part in the candle lit evening march from a building called Townhall to the massacre site.

The march of about one kilometre was accompanied by loudspeakers playing patriotic songs and onlookers thronged the roadsides. At the end of the march, people observed a two-minute silence.

Punjab state’s Chief Minister Amarinder Singh and Governor V P Badnore took part in the march while Rahul Gandhi, president of the opposition Congress party, was expected to visit the city later in the evening. 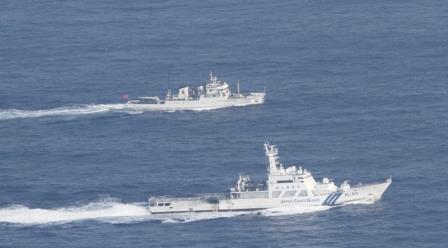 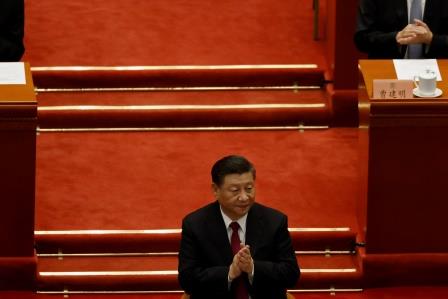 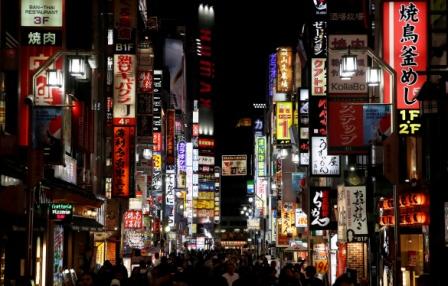