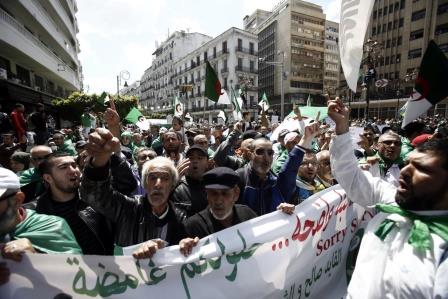 ALGIERS (Reuters) – Hundreds of thousands of protesters demanding the departure of Algeria’s ruling elite rallied peacefully in Algiers for a tenth consecutive Friday.

President Abdelaziz Bouteflika stepped down after 20 years in power this month, bowing to pressure from the army and weeks of demonstrations mainly by young people seeking change.

“The system must go” and “We are fed up with you,” read banners held up by protesters in central Algiers, scene of mass protests since Feb. 22.

There was no official count but Reuters reporters estimated the number of participants after Friday prayers to be in the hundreds of thousands, roughly on the same scale as last week.

“The people want to uproot you,” a crowd chanted, addressing the establishment which has ruled the oil- and gas-producing nation since independence from France in 1962.

There were also protests in other major cities.

The demonstrations, which have been largely peaceful, have carried on as many Algerians continue to demand the removal of the elite and prosecution of those they see as corrupt.

Bouteflika has been replaced by Abdelkader Bensalah, head of the upper house of parliament, as interim president for 90 days until a presidential election on July 4. He has been facing demands from the street to quit.

Algeria&rsquo;s wealthiest businessman and four other tycoons close to Bouteflika were arrested this week as part of an anti-graft investigation, state media said.

The arrests came after army chief Lieutenant-General Ahmed Gaed Salah said he expected members of the ruling elite to be prosecuted for corruption.

Salah intervened when Bouteflika sought to extend his fourth term, declaring him unfit for office, in a bid to avoid prolonged turmoil. 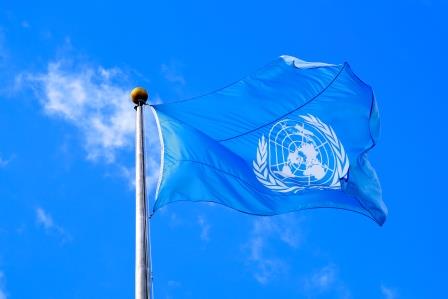 Morocco ex-diplomat to U.N. accused of visa fraud over workers