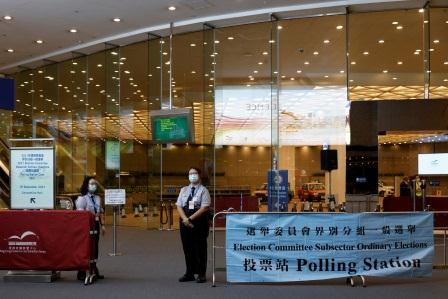 HONG KONG -Fewer than 5,000 Hong Kong people from mostly pro-establishment circles began voting on Sunday for candidates to an election committee, vetted as loyal to Beijing, who will pick the city’s next China-backed leader and some of its legislature.

“I doubt very much that another government or country will allow the public election to their local legislature of people whose mission is to undermine the national interest or national security.”

The election committee will select 40 seats in the revamped Legislative Council in December, and choose a chief executive in March.

Police have ramped up security across the city, with local media reporting 6,000 officers are expected to be deployed to ensure a smooth vote, in which about 4,900 people are expected to cast ballots.

Changes to the political system are the latest in a string of moves – including a national security law that punishes anything Beijing deems as subversion, secession, terrorism or collusion with foreign forces – that have placed the international financial hub on an authoritarian path.

Most prominent democratic activists and politicians are now in jail or have fled abroad.

China’s rubber-stamp parliament in May changed Hong Kong’s electoral system, reducing democratic representation in institutions and introducing the vetting mechanism for election candidates and winners. This all but removed any influence the opposition was able to exert.

The changes also dramatically reduced the influence of the city’s powerful tycoons, although groups close to their business interests retain a presence in the 1,500-strong committee that selects Hong Kong’s chief executive.

China promised universal suffrage as an ultimate goal for Hong Kong in its mini-constitution, the Basic Law, which also states the city has wide-ranging autonomy from Beijing.

Democracy campaigners and Western countries say the political overhaul moves the city in the opposite direction, leaving the democratic opposition with its most limited space since Britain handed the former colony back to China in 1997.

Committee membership for 117 community-level district councillors, dominated by democrats, was scrapped, while more than 500 seats designated for Chinese business, political and grassroots groups were added.

Representation from professional subsectors that traditionally had a bigger pro-democracy presence was diluted by the addition of ex-officio members, reducing the number of elected seats.

About 70% of the nominees did not feature in the last two polls for the committee, which will expand by 300 members to 1,500, Reuters calculations based on the election committee website showed.

Many prominent tycoons, including Hong Kong’s richest man Li Ka-shing, will not be on the election committee for the first time, as Beijing seeks to rebalance power from big conglomerates to small businesses.

Three property moguls – Li, 93, of CK Asset Holdings, Lee Shau-kee, also 93, of Henderson Land, and Henry Cheng, 74, of New World Development – withdrew from the race, although their sons will retain their seats. 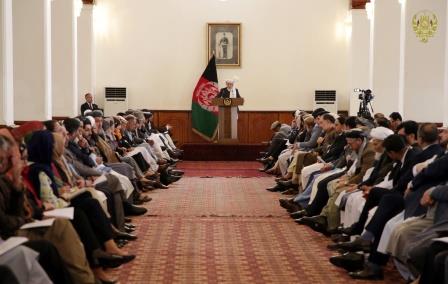 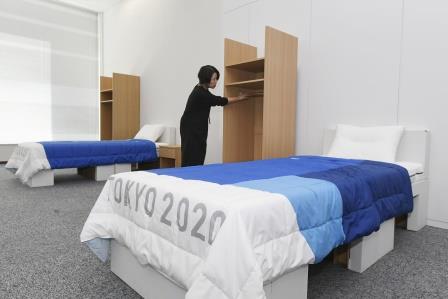 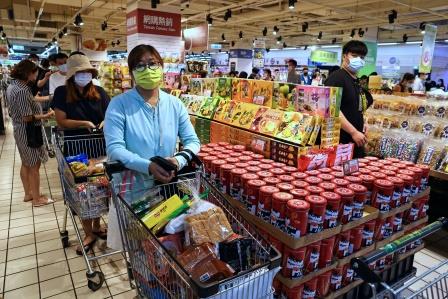 Coronavirus alert tightened in Taipei in the wake of new cases