Hezbollah: flare-up with Israel over but a 'new phase' has started - British Herald 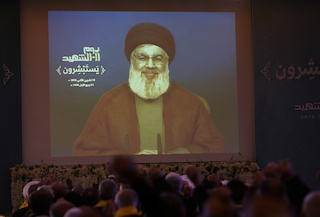 JERUSALEM/BEIRUT – Lebanon’s Hezbollah leader said on Monday that while a flare-up with Israel at the border was over, the episode had launched a “new phase” in which the Iran-backed group no longer has red lines.

In a televised speech, Sayyed Hassan Nasrallah said the new focus would be on targeting Israeli drones that enter Lebanon’s airspace, and this would be handled by fighters in the field.

Hezbollah and the Israeli army exchanged cross-border fire on Sunday after a drone attack last week in a Hezbollah-controlled Beirut suburb. Hezbollah blamed that incident on Israel, raising fears of a wider regional conflict.

In his speech, Nasrallah said Sunday’s missiles sent Israel “a clear message that if you attack, then all your border, your forces and your settlements at the border and (deep inside)” will be at risk.

His comments struck a defiant tone, although perceptions in the region are that the longtime enemies privately want to avoid all-out war at a time of soaring regional tensions.

During Sunday’s flare-up, Israel faked soldier injuries to dampen any inclination of Hezbollah to escalate hostilities.

Israeli media photographed an army helicopter performing what appeared to be the evacuation of two wounded soldiers to hospital after Hezbollah launched anti-tank missiles at an army base and vehicles. Israel said there were no casualties.

But a person briefed on the evacuation, and who spoke to Reuters on condition of anonymity, said the soldiers were in fact unharmed and bandaged with fake blood in what he called “a psy-ops stunt”.

Hezbollah said it had destroyed an Israeli armoured vehicle, killing and wounding those inside, and it broadcast what it said was footage of two missiles hitting a moving vehicle.

Nasrallah said Sunday had marked the first such Hezbollah operation in a long time targeting Israel in positions across the border, not in the Israeli-occupied Shebaa farms.

“This is no longer a red line,” the Hezbollah chief said. “I tell the Israelis, we no longer have red lines because you changed the rules of engagement.”

Hezbollah, whose forces have fought in support of President Bashar al-Assad in Syria’s war, also said two of its men were killed in an Israeli strike in Syria last week. Israel said its attack thwarted an Iranian-led drone strike against it.

But after the Hezbollah missile volley on Sunday, scores were apparently settled and the two sides, who fought a deadly month-long war in 2006, returned to business as usual on Monday, with the border reverting to calm.

Israel had raised the stakes last week by accusing Iran of stepping up efforts to provide Hezbollah with precision-guided missile production facilities. Hezbollah denied this.

And Israel has increasingly put the blame on Lebanon as a whole for letting Hezbollah, which is part of Lebanon’s coalition government, grow in military and political power.

In a video statement in Twitter on Monday, Prime Minister Benjamin Netanyahu held out the prospect of future military action to prevent Hezbollah getting missiles that could be fired with increased accuracy at targets in Israel.

Israeli Foreign Minister Israel Katz said he had asked Germany to tell Lebanon that if it does not stem Hezbollah’s activity against Israel, “Lebanon in its entirely will be struck and badly damaged.”

But neither side can afford a return to 2006 when the war was triggered after a Hezbollah cross-border raid. Nearly 1,200 Lebanese, mostly civilians, were killed in July 2006 and 158 Israelis, mostly soldiers.

“What is constraining them is that neither side wants a war. Each wants to use it as part of their own internal propaganda machine, but neither side genuinely wants a war,” said Maha Yahya, director of the Carnegie Middle East Centre in Beirut.

Netanyahu, head of the right-wing Likud party, has been projecting strength during a re-election campaign ahead of a vote less than three weeks away, but a border war could complicate his efforts.

Sources allied to Hezbollah had made it clear any response to the Israeli drones would be “calculated”.

A new eruption in Lebanon could strain an already struggling economy, as authorities seek to implement long-overdue economic reforms to ward off a crisis. Fitch downgraded Lebanon’s credit rating to CCC last month on debt-servicing concerns.

A senior Israeli security source said that shortly after the Hezbollah attack and Israel’s military response on Sunday, messages from Nasrallah and Hariri were conveyed to Israel by three countries, which the source did not name, that “as far as Hezbollah is concerned, the incident is over”.

Iran’s rhetoric was also unusually low-key in response to the border fighting, saying only that Hezbollah’s policy is aimed at safeguarding the interests of Lebanon.

“A full-scale war is the last thing this region needs,” said a senior Iranian official. 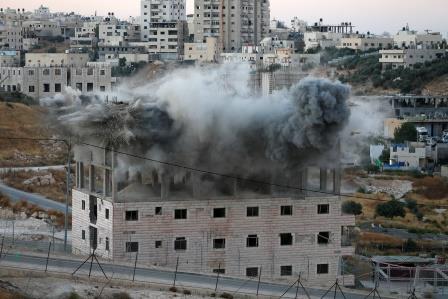 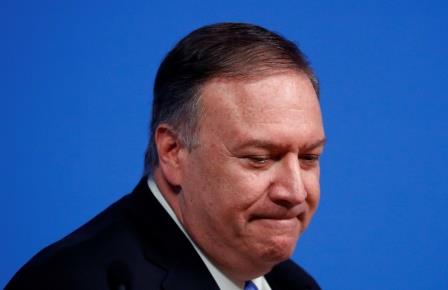 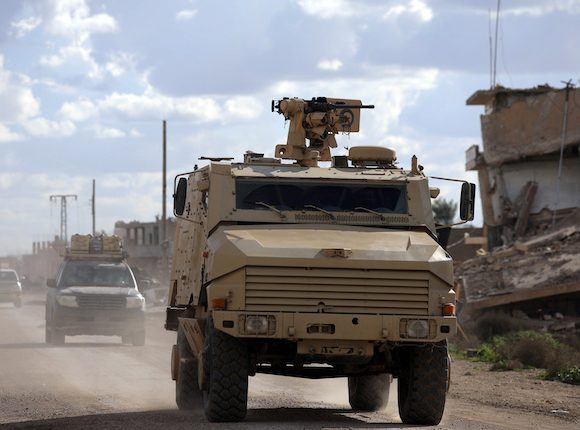