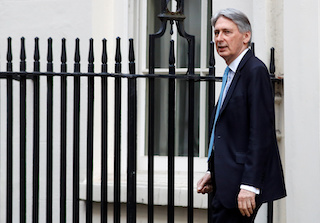 LONDON (Reuters) – Chancellor Philip Hammond said he would be able to free up billions of pounds in extra public spending or tax cuts if the country can resolve its Brexit impasse, the Financial Times said on Friday.

Hammond is due to announce a half-yearly update on the budget on Wednesday, a day after parliament votes on Prime Minister Theresa May’s plan for a Brexit divorce deal with the rest of the European Union.

Hammond told the FT that the new official fiscal forecasts would show that the public finances were in better shape than in his last budget statement and he would have more than the 15.4 billion pounds of fiscal “headroom” he has previously earmarked for potential spending.

He said around 100 or so euro-sceptic Conservative Party MPs should back May’s deal regardless of whether she secures further concessions from the EU in negotiations which are expected to continue this weekend.

Britain is scheduled to leave the EU on March 29. May has opened up the possibility of a short delay, possibly until June, if her plan is rejected next week by parliament which threw out a version of it in January.

When Hammond announced his most recent full annual budget plan in October, he also held out the prospect of higher spending if parliament backed the government’s Brexit plans.

Hammond played down the concerns of Conservative MPs that the Northern Irish backstop – a guarantee sought by the EU to avoid the reintroduction of a hard border with Ireland – could leave Britain permanently trapped in Brussels’ orbit.

“There is nobody in the EU I&rsquo;ve ever come across who thinks the UK could be held in perpetuity in an arrangement that was detrimental to its interests against its will,” Hammond said. “Who is going to enforce such an arrangement on this?”

Earlier on Friday, May urged the EU to make “just one more push” to break the Brexit deadlock but proposals from the bloc’s chief negotiator fell short of anything that would win over the British parliament. 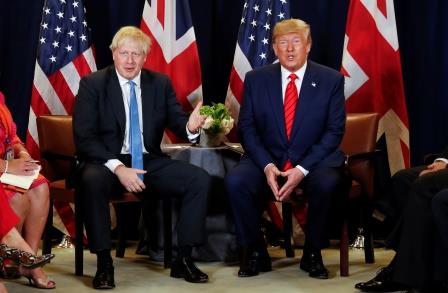 PM Johnson warns Trump to keep out of UK election 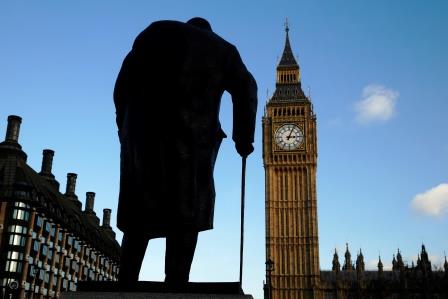 Britain’s Zoom parliament begins with hopes of it working 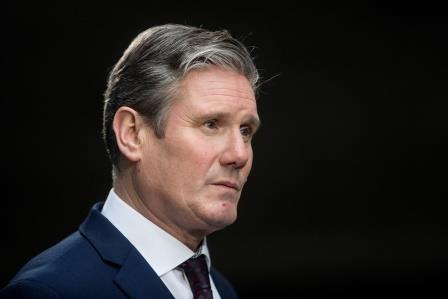 Labour Party: UK should set out a plan to exit coronavirus lockdown