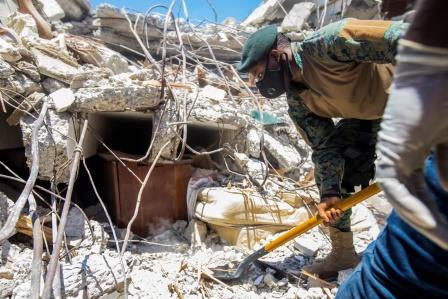 TOIRAC (HAITI) – When the ground began to tremble during a church funeral service in the small village of Toirac in southern Haiti, Kettney Francois was trampled in the frantic stampede to escape.

Fellow mourners pulled her out from the crush of people and carried her outside, but her teenage daughter and elderly mother were not so lucky. They were among the hundreds of people killed when a devastating earthquake struck Haiti early on Saturday.

Both died when the entrance and part of the ceiling to the St Famille du Toirac church collapsed. Residents say an estimated 20 lives were lost in the building in the tight-knit rural community inland from the city of Les Cayes.

“I was crying out, where’s my mother? Where’s my daughter?,” Francois said, sitting outside the church. As she spoke, she suddenly jolted forward in terror. “Since the earthquake, I keep thinking the ground is trembling, that it’s happening again.”

Authorities have confirmed the deaths of at least 1,419 people, with another 6,900 injured, even as rescue workers continue to sift through rubble searching for bodies in and around Les Cayes, the area which bore the brunt of the quake.

The death toll is expected to rise as rescue workers penetrate remote areas like Toirac, which is nearly an hour’s drive from the nearest hospital, and only accessible by rocky dirt roads now scarred by deep slashes rent by the earthquake.

Hundreds of residents are now sleeping outdoors beneath tarps or the canopy of banana trees that help sustain many local livelihoods. They worry about the incoming storm, Grace, but with their homes destroyed, they have few options.

More than a dozen residents interviewed said they were still waiting for government aid and did not know if the deaths in the village estimated by residents to be between 40 and 50 had been included in the national toll.

With so many dead, residents decided to bury victims of the church collapse in a mass grave in a nearby cemetery, said Prenor Lefleur, who helped move the bodies and dig the hole.

“We just took down the names of all the victims and asked their families to sign for permission to bury them,” Lefleur said. “We didn’t know what else to do.” 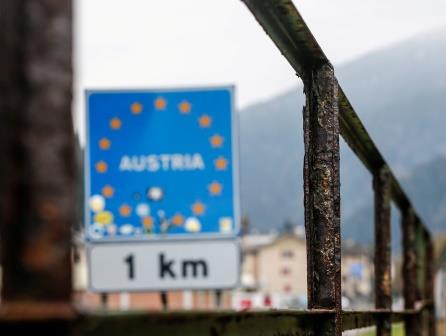 Austria lifting checks at Italian border and for most EU arrivals 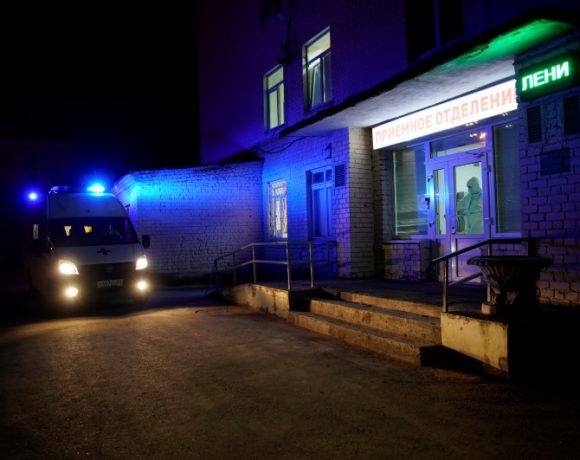 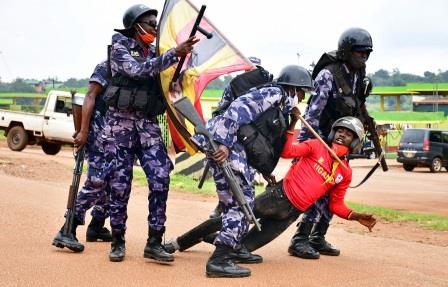